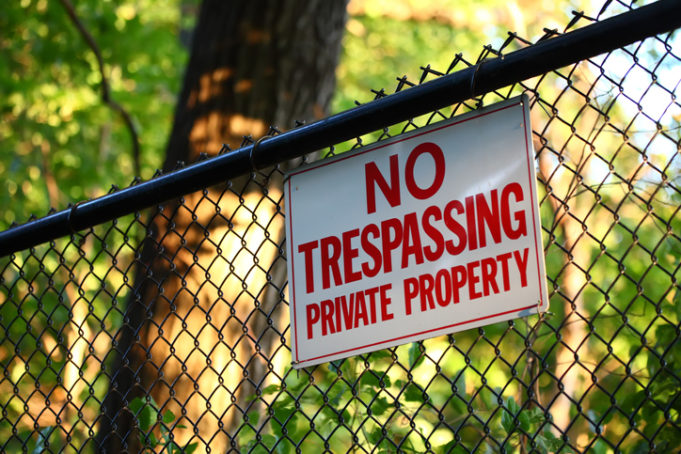 Laws are funny business. What appears like protecting the peace to one person may seem yet another example of institutionalized racism to another. It largely depends on where you stand on the #BlackLives/#AllLivesMatter divide. Case in point: criminal trespassing. Private business owners can levy charges against unwanted loiterers in Texas with few restrictions. To some, it matters little that the Class B misdemeanor too-frequently targets Black men and women.

Last year, Dallas Criminal District Attorney John Creuzot took steps to de-weaponize the law that has long been aimed at minorities and the homeless.

“I have instructed my intake prosecutors to dismiss all misdemeanor criminal trespass cases that do not involve a residence or physical intrusion into property,” Creuzot said in a public statement. “All pending criminal trespass cases meeting these guidelines will be dismissed and where appropriate will be referred for outpatient mental health services. I urge Dallas County and its municipalities to use the savings to provide affordable housing and mental health services to this vulnerable population.”

Between 2015 and 2019, Dallas County spent $11 million incarcerating individuals (many of whom were homeless or mentally ill) with the crime, he said.

In Tarrant County, the Tarrant County District Attorney’s office filed 1,516 trespassing cases in 2018 and 1,658 in 2019. In both years, around 20% of the defendants were female and 46% of both genders were Black. Black men and women represent 14.9% of Tarrant County’s population. That nearly half of the men and women facing trespassing charges in our county are Black speaks to the extent that prejudice continues to drive and fuel the local criminal justice system and society in general.

Laws that protect local residents from would-be robbers or hostile exes are needed, but the arbitrary and vague nature of some petty crimes allows for the types of police abuse that cities across the United States are now rising up against.

Warrants for unpaid vehicle citations, the criminalization of recreational or medicinal marijuana use, and trespassing laws are spokes in a wheel that feed the incomes of assistant district attorneys, jailers, and police. By refusing to allow trespassing laws to target the poor or homeless, district attorney Creuzot has shown one way to begin ending this country’s seemingly insatiable appetite for incarcerating the poor.