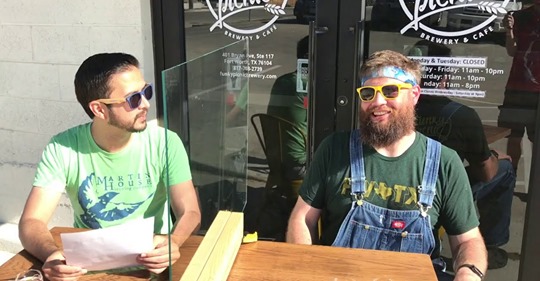 Michael Harper, head brewer at Funky Picnic Brewery & Café, joined us for Episode 2 of On Tap in Fort Worth. The brewmeister gave us the lowdown on what’s new at the Near Southside brewpub and why supporting the Black Lives Matter movement is important to his team. I read some colorful beer reviews to Harper and let him guess which of his beers were being described by the reviewers, and then we drank some beers.

We recently launched our Best Of 2020 ballot, so be sure to vote for best brewery and support your local breweries by buying curbside beer as your time and resources allow. Next week, our guest will be Sandra DiPretore, assistant brewer at Panther Island Brewing Company.

Music: Roadtrip by Scandinavianz is licensed under a Creative Commons License.