You see what Michelle Pfeiffer can do when she’s focused. This actress lit up Hollywood in the late ’80s and all through the ’90s with alert and somewhat dangerous performances in films as different as Batman Returns and The Age of Innocence. It’s a shame she went into semi-retirement for much of this century — it might have profited all parties if she’d taken a few of the roles played by her contemporaries Meryl Streep and Julianne Moore. Instead, she wanted to raise her kids, which I can’t begrudge her. Those kids are now grown and have been urging her to get back out there, and she’s shown flashes of her old star quality in films like Where Is Kyra? and Murder on the Orient Express. Her latest, French Exit, gives her a turn in the spotlight, and if it’s not quite Oscar-worthy, you still see what she can do as the film opens in multiplexes this weekend.

She portrays Frances Price, a wealthy Manhattan widow who discovers that she is no longer wealthy and about to be evicted from her townhouse. Illustrating how convenient it is to have rich friends, one of her pals (Susan Coyne) offers up her Parisian appartement, which has been sitting empty, so Frances immediately uproots herself and her son Malcolm (Lucas Hedges) to the City of Lights. The film is called French Exit because she is secretly planning to kill herself when her cash runs out. Given how frequently she doles out €100 notes to waiters and homeless guys, she’s not planning on sticking around long.

Based on Patrick deWitt’s 2018 novel, the film is redolent of Woody Allen’s Blue Jasmine, another portrait of a rich woman who can’t function when deprived of her money. Pfeiffer’s performance is funnier, more resigned and less oppressive than Cate Blanchett’s — ignored by a waiter in a French brasserie, Frances catches his attention by setting a table centerpiece on fire. Sorry, though, I can’t take seriously the subplot about Frances’ dead husband (Tracy Letts) having his spirit reincarnated as a cat, even if their contact with him in a séance reveals him to be a right bastard in death. 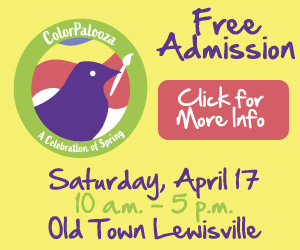 The film squeezes more comic juice out of the running gag that Frances, despite her best efforts to keep to herself, attracts a coterie of people who come to her apartment and never leave, including a private detective (Isaach de Bankolé), a lonely fellow American widow (Valerie Mahaffey), a psychic whom Malcolm hooked up with on the trip over (Danielle Macdonald), and Malcolm’s ex-fiancée (Imogen Poots), who’s left in the lurch by his sudden move. It makes for some amusing work by the underappreciated Mahaffey and the rising Australian star Macdonald, and Hedges cuts against his usual grain by playing someone who’s diffident, neurotic, afraid to stand up to his mom, and hiding behind his long hair. Seriously, Malcolm is so passive that he’d be a Goth kid if he weren’t so old-money.

The proceedings are handled with a light touch by Azazel Jacobs, the director of low-key charmers like Terri and The Lovers. Jacobs may not be capable of great art, but his movies are consistently engaging and amusing, and for his brand of comedy there will always be a place in my moviegoing.

French Exit
Starring Michelle Pfeiffer and Lucas Hedges. Directed by Azazel Jacobs. Written by Patrick deWitt, based on his own novel. Rated R. 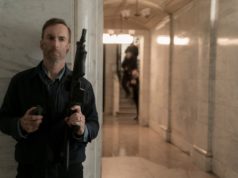