A dirge is a funeral song. A low-thrum lament to express grief or as an accompaniment for the departed on their journey to whatever it is that exists after death. A dirge can be somber, beautiful, and exalting. On their debut, Texas/U.K. psyche-noise duo Storms at Sea captures this mournful essence. Their new self-titled 7-inch reworks the atmosphere of a slow-burning New Orleans funeral march into experimental loop-based expressionism. Layers of distorted guitar drones swirl around bright horns, aggressive strings, and thundering toms, creating a sonic squall of angelic melancholy. The result is fitting of what it’s meant to be: a tribute to a lost friend. The two songs are an ode to Dallas musician and artist Nevada Hill, who died five years ago after a two-year battle with cancer.

“When Nevada was diagnosed, he refused to let it take him,” said the Texas half of Storms at Sea, Chris Plavidal (Stumptone). “Throughout the treatments and the brutality that cancer hit him with, he refused to give in. He treated the illness with utter contempt and total disrespect. He used his music and art as a weapon against it. He was creative up until the very end, and it was very inspiring for me to see someone fight to live like he did. This whole thing is, in a way, another outpouring of his will to create, his will to live.”

Though Storms at Sea’s debut has just hit shelves in local record stores, the seed for the concept was germinated nearly a decade ago and was originally meant to include Hill as a member. Back in 2012, revered English psyche-rock band The Telescopes was planning a U.S. tour and was looking for players to back the Stephen Lawrie brainchild. At the recommendation of The Cush’s Gabby and Burette Douglas, who had befriended Lawrie while touring together in Europe, guitarist Plavidal was recruited to join for the run. While on the road, Lawrie and Plavidal hit it off and tossed around ideas for forming “a transatlantic recording project.”

Plavidal felt Hill would also be perfect as a contributor.

“I immediately thought of getting Nevada involved,” he said. “Being a big fan of The Telescopes, he was very excited about being a part of it.”

Sadly, as they are wont to do, time and distance intervened, and the project never got off the ground before Hill passed.

“As is so often the case with my recording projects, things moved at tectonic speed,” Plavidal explained. “I really enjoy the recording process, and I love to get really deep, layering sounds and stacking them on each other, weaving them in and out. I really get into the ‘texture’ of sound and how it hits you emotionally. Everything adds up to achieve an effect, and for me, it’s worth it, but it also takes time, sometimes a long time.”

As Hill was nearing the end of his battle in 2016, Plavidal attempted to visit him while he was undergoing treatment in Houston, but he was in the middle of transferring between hospitals and Plavidal wasn’t able to see him. Plavidal headed home to Fort Worth dejected, sensing the end might be soon coming. Music having always been a form of therapy, he began to create some sounds to soothe his state of mind. The result would eventually form the skeleton of the A-side of the 7-inch.

“I decided to make some kind of sound that could just be going on during the time that [Hill] was crossing over to whatever comes next,” Plavidal said, “a sonic beacon that could just be [ongoing], just to let him know on a psychic level that everything would be alright. I got some guitar loops going and let them go on and on. I would walk away for a few hours or go to work and come back and add layers on top of them. I let this go on for four days until he passed away. I recorded some of it, and that was the foundation of ‘Until the End.’ ”

Once he further developed the tracks, Plavidal sent them to Lawrie in England and explained the situation with Hill. Lawrie was moved to write some lyrics and add vocals. Lawrie would eventually record a version of the song with The Telescopes which was released on the band’s 2019 album, Exploding Head Syndrome.

Most touchingly, though Hill would not survive to contribute in person, some of his playing is featured on the songs. Through prerecorded bits of him playing viola in what Plavidal describes as “a blistering sonic assault,” Hill’s spirit is no less present on the tracks.

“The idea [to incorporate Hill’s playing] was the icing on the cake for me,” Plavidal said, “and, in a way, makes the whole thing complete. My good friend Daniel Huffman [New Fumes] was helping me record the horn parts on [the B-side] ‘O Death,’ and he mentioned he had made some solo recordings of Nevada playing guitar and viola. He sent me the tracks, and the viola part was just perfect. It was the extra added ‘oomph’ that pushes both tracks completely over the top at their highest crescendo.”

Plavidal couldn’t be happier with the finished product.

“I am very pleased with how this all came out,” he said. “From the cover art to the colored vinyl, this is exactly the way I had hoped it would be. Sonically, it is right where it needs to be for me. I am thankful to have it finished and out there.” 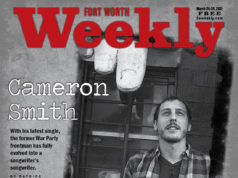 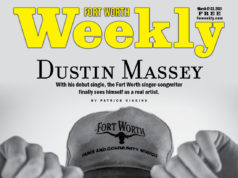