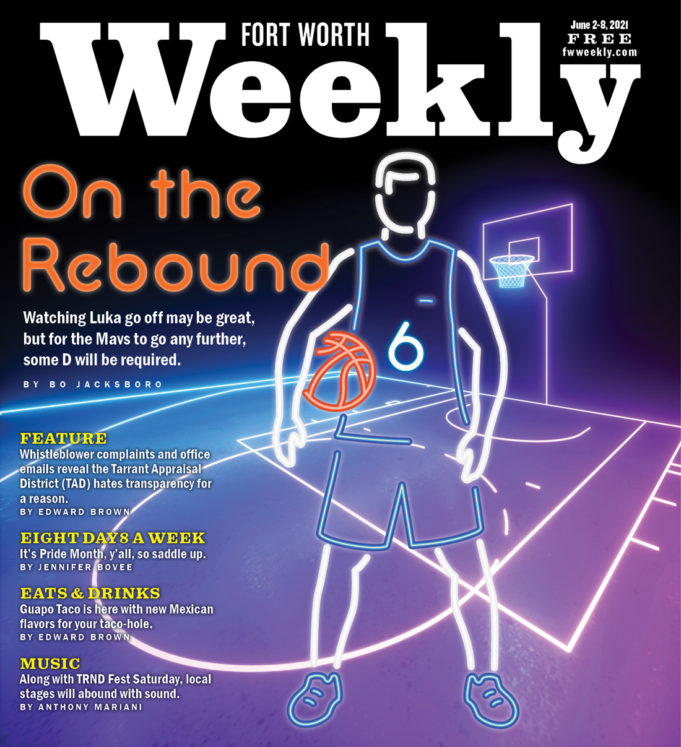 In a series eerily reminiscent of the Mavs’ 2006 finals showing against the Heat — the hometown team went up two games and led comfortably in the third before piss streamed down their collective legs as they watched four consecutive games slip through their fingers — the Fightin’ Mark Cubans are struggling to find someone (anyone) who can step up on either side of the floor. After Dallas went up 2-0, the series is now tied.

The Mavs entered this contest as unquestioned underdogs. Despite an entire offseason of trying to improve the defense, the team finished 22nd overall in the league. The Celtics are the only playoff team that fared worse on that end of the floor. The Clippers boasted the second-ranked offense in the league based on overall efficiency, so this was always going to be a struggle.

In the Mavs’ two wins, the dudes in blue played characteristically horrible defense, but Tim Hardaway Jr. led a cast of prime Splash Brothers cosplayers who covered for Dallas’ ¡Olé! -style defense. When the hot shooting cooled, the Mavs had no response. Jalen Brunson, Hardaway, Maxi Kleber, and Josh Richardson all combined to shoot 5-of-26 from the field in the Game 4 loss Sunday.

None of the Mavs’ three best players — Luka, Hardaway, and Kristaps Porziņģis — are capable defenders. In the regular season, the Mavericks posted a 127.2 defensive rating with all three on the floor, which ranked them at the bottom of the league (second percentile). Four games against the Clippers have confirmed that it’s not possible to build a competent defense around this trio.

Though Porziņģis looked springy and energetic on D in last season’s bubble, this year’s version of the unicorn looks like he’s constantly holding in a giant poo. He was the worst Maverick on defense based on the on/off numbers all season. The team allowed +5.6 points more per 100 possessions when he was on the floor.

It’s obvious how little respect the Clippers have for him. The bad guys drive on him at every opportunity — 31% of the Clippers’ shots are at the rim, and they make 73% percent of them. That’s not good, and it’s not just me who thinks so. Parse this quote from Clippers star forward Paul George on how his team is able to penetrate the interior of the Mavs’ defense.

“Mainly just attacking,” he said. “They don’t have a rim protector, so just try to get there and put pressure at the basket.”

The playoffs have not only exposed Porziņģis on defense. They also have proven that his offensive game isn’t built for this tilt. It’s hard to outscore a team like the Clippers when your second star is averaging 15.3 points and four rebounds on 47% shooting.

Porziņģis’ inability to score against the smaller defenders in the post is a big reason why the Clippers can play small lineups that score at will. Dallas has to work too hard to get the big Latvian going — in the first four games, 91% of his makes were assisted. For comparison, George was assisted on 30% of his shots, Kawhi Leonard on 49%, and Dončić on 6%. The Clippers have two stars who can make a bucket when things get tough, and the Mavericks have one. Dončić has looked like the best player in the series. However, the gap between the second stars — George and Porziņģis — appears just too big.

In the first two games, Dorian Finney-Smith was playing at a level we’ve only seen in spurts. Having squeezed every drop of spurt out of his frame like a near-empty tube of toothpaste, the 3-and-D wing has apparently exhausted his supply of both 3 and D. The Mavs’ best on-the-ball defender has looked every bit of a turnstyle on defense over the past two games, allowing Clipper all-world forward Leonard his choice of humiliating shots for his next poster series. To be fair, Leonard is probably the best player in basketball.

Media darling Jalen Brunson is supposed to be the Mavs’ primary non-Slovenian ball handler. While he’s scored some in crucial minutes, he hasn’t looked to pass much — and he’s a bigger defensive liability than even Hardaway.

It’s clear the Mavericks can’t hang with George and Leonard on the defensive end, the role players have regressed to their human forms, and Porziņģis is basically post-accident Shawn Bradley. Now what?

Based on all of the adjustments head coach Rick Carlisle has made so far, he clearly sees outscoring the Clippers as the best way to win the series. Although the circumstances were different, it’s the same strategy the Mavericks employed last year when these two teams met in the playoffs.

Carlisle can’t fix this defense, but he can sit Porziņģis and sub in Wille Cauley-Stein. Sticking Richardson on Paul George might help out in small doses. I’m not sure what, if anything, the team can do about Leonard. The defense effectively trapped him in the first two games, but then he apparently remembered how to pass out of a double-team. He’s been balling out at MJ levels ever since.

The biggest question for the series now is Luka’s health. He was clearly bothered by a pinched nerve in his neck in Game 4, and that likely contributed to his missing all of his free throws. Two days off should help. Game 5 is 9 p.m. Wednesday.

There may not be a Nicole Aniston on this team, but Luka can’t take on the Clippers by himself — he’s not Sasha Grey. The role-players have to recapture some of the magic they were feeling in the opening games, and Carlisle is going to have to make some tough decisions about the unicorn.

Monkey Off Their Dak