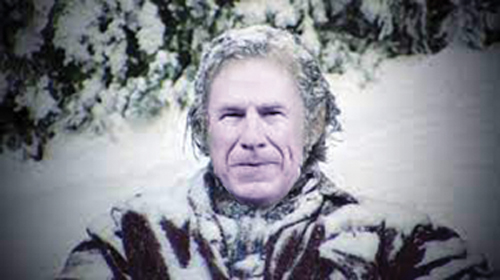 I’m sitting in the dark every night and sweating to the oldies because I don’t want to burden the grid.

The grid that failed us during the snowstorm.

And the very same grid that is hamstringing families like mine now because it already can’t be counted on to keep us cool after the first few days of the upper 90s.

My nightmare is that just as soon as I’m about to perform an abortion on a young Black woman who goes to church only twice a month (heathen), the power will go out, forcing me to tap into the magnetic 5G nanobots built into my bloodstream as a result of my recent COVID vaccination to be able to finish the procedure. There’s no telling what that kind of power drain would do to me. Worse, will I have the energy to be able to rub goat’s blood all over my belly while gyrating under the full moon with Chuck and Nancy later on? Speaking of my fellow Demoncrats, will we be able to keep the children fed that we have locked up in local pizzerias around the country until that glorious grid comes back online?

Questions like these keep me up at night. You know who’s not awake worrying about electricity? Greg Abbott. And Lt. Gov. Dan Patrick. And every other politician, left or right, who bivouacs in Austin. They will be just as fine as they were during the snowstorm that robbed my family of power for three days and clean water for a week. That snowstorm that cost as much as $130 billion in damages in Texas alone, according to AccuWeather, and that killed dozens of fellow Texans can’t be forgotten about too soon, no matter how many shiny baubles Abbott dangles in front of the press to convince us otherwise. The man and the lege had months to prepare for triple digits. Instead, he and his fellow “patriots” in Austin have been trying to appease The Former Guy’s base by fighting insane culture wars. I hope that when Abbott moseys out there to make his big announcement about his dumb border wall tomorrow, the whole state blacks out. Just long enough for him to turn tail and go home. That’s it. The downside would be that I’d have to postpone payment to all of the subaquatic coyotes I’ve hired to run illegals across the Rio Grande, which would actually not be a problem at all because magnetic 5G nanobots, duh!

I’m still proud of my state. I’m proud of all the street fighters looking for social, economic, and environmental justice and all of the good, high-IQ leaders we’ve elected. In a weird way, I had hope for Abbott. The source of my inspiration was his mask mandate that flew in the orange, rotten face of TFG’s anti-mask protestations. Hmm, I thought. Maybe Abbott is his own man. Of course, I was wrong. Of course, Abbott and nearly every other conservative politician is afraid of “his base.” “Does Trump approve?” was once “the yardstick” against which Republican legislators were regularly measured, as the Washington Post said in an analysis of recent polling data. The new question is “Does Trump’s base approve?” — “a different and trickier calculus,” the Post says.

Not only does “his base” vote, but they will storm your offices and murder or maim you.

“That was the concern: that this often-vocal group, a small subset of which had stormed the Capitol the prior month, would turn on them,” meaning U.S. Republican lawmakers.

An entire political party held hostage by conspiracy theorists and gun fetishists and conspiracy theorizing gun fetishists. Remember that. Next time your timeline is stained by Ted Cruz doing something “patriotic,” like reciting the “Pledge of Allegiance,” which is still honored everywhere in our republic, ask yourself: Am I looking at a pol in the greatest nation the world has ever known, or is that just a big, fat, hairy Cancun-loving coward? The answer is as obvious as Sweaty Teddy’s Dos Equis belly beneath his sport coat.

In the time between the snowstorm and now, Abbott and his goons did absolutely nothing, not one single thing, about ending blackouts. What the bums did do was restrict women’s reproductive rights, make it harder to vote, whine about Critical Race Theory, and allow any jackass with a gun to walk around with one strapped to him like he’s some kind of Dirty Harry.

Here are measures we’ve been recommended to take by ERCOT, they of the disastrous power grid overseeing: Turn off and unplug any unnecessary lights and equipment, crank the thermostat down to 78 degrees while at home and 82 (!) when away, use fans (what about unplugging stuff? never mind), don’t do laundry or use the dishwasher, don’t use your oven, and keep your house dark during the day.

And here is one measure to take when heading to the polls next year: Vote the suckers out.

This editorial reflects the opinions of the author and not necessarily the Fort Worth Weekly. The Weekly welcomes all manner of political submissions. They will be edited for clarity and factuality. Please email Editor Anthony Mariani at anthony@fwweekly.com.