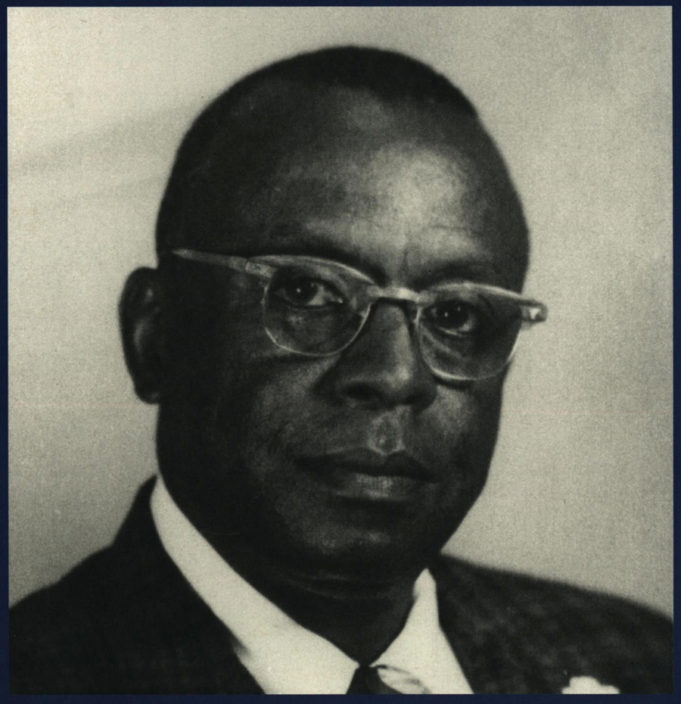 In late December 2015, Constance Hollie-Jawaid and I were still working on the final plans for the dedication ceremony for a Texas state historical marker commemorating the Slocum Massacre. The fight to get the marker approved had been grueling, and, on that particular day, we had traveled to Palestine, Texas, to meet with the marker effort’s chief antagonist, Anderson County Historical Chairman Jimmy Ray Odom.

Jimmy’s beliefs about the Slocum Massacre were almost completely contradictory to ours, but — in conversation, anyway — he was a straight shooter. Our historical and cultural disagreements notwithstanding, I respected him for that.

Jimmy had taken some heat in the press for his straight-shooting, and he was upset with me. And when we met that day in late December, he let me know this in no uncertain terms. At that point, however, the marker was secured. Constance — a descendant of victims of the atrocity — and I had won the argument, so we could be magnanimous. I let Jimmy air his grievances without response or complaint. In fact, even though the Anderson County Historical Commission had fought the Slocum Massacre historical marker application tooth and nail, I even agreed to write a short piece for the Palestine Daily Herald thanking Jimmy and the commission for cooperation that had been virtually nonexistent.

After the discussion regarding the marker ceremony concluded and the air was a hair more convivial, I asked Jimmy why there was no historical marker for a Black activist named Frank J. Robinson — and his response was as straightforward as it was shocking.

“Oh, they killed him,” Jimmy said.

Constance’s and my jaws smacked the hardwood floor simultaneously.

I had stumbled across Frank J. Robinson when I was writing The 1910 Slocum Massacre: An Act of Genocide in East Texas (2014). He had known Abe Wilson, one of Constance’s forebears on her father’s side, and the man whose appointment to round up Black and white citizens for county road repairs in the area at the time had infuriated a half-renter named James Spurger. Spurger would become the chief instigator of the Slocum Massacre.

Frank J. Robinson was a daunting force for good in Anderson County in the 1960s and early-to-mid 1970s, mentoring Boy Scouts, volunteering for church youth groups, and constantly advocating for equal civil and voting rights for minorities all over East Texas. To these ends, he eventually organized the Anderson County Civic League, which encouraged Blacks in the Palestine area to run for public office.

No African American had ever held public office in Anderson County, so the all-white commissioners court gerrymandered the county’s voting precincts, diluting the Black vote by dividing it into three separate parts. Robinson subsequently created the 16-county East Texas Leadership Forum so African Americans could combine their collective resources to challenge and procure judicial redress. Then, with the support of the ACLU, the AFL-CIO, and other progressive organizations and individuals, Robinson and two other plaintiffs sued the Anderson County Commissioners Court.

On March 15, 1974, a district court sided with Robinson et al., stating that the Anderson County precincts were racially apportioned and ordered the county to redraw the lines. Anderson County appealed the decision to the 5th Circuit Court of Appeals, and the ruling was upheld in December 1974. The changes Anderson County was required to institute led to the election of the first Black public official in East Texas history, and African Americans in several other East Texas communities followed Robinson’s lead.

But Robinson didn’t stop there. In short order, he organized the East Texas Project and initiated litigation aimed at making the City of Palestine address the ways in which its election system disenfranchised minorities, but the work didn’t get very far. On October 13, 1976, Robinson was killed by a shotgun blast that the Palestine authorities ruled was self-inflicted. Expert witnesses, including a Texas Ranger who testified that no gunpowder residue was found on Robinson’s shirt, challenged the official determination, but the ruling of suicide still stood.

And then I matter of factly asked Jimmy Ray Odom about Robinson 40 years later, and his response was unequivocal.

Oh, they killed him.

Well, Frank J. Robinson — a civil rights champion who basically delivered democracy to East Texas for African Americans — was probably assassinated for his efforts in many of our lifetimes and most of us have never heard of him.

Isn’t this type of history critical?

E.R. Bills is the author of The 1910 Slocum Massacre: An Act of Genocide in East Texas (History Press, 2014), Black Holocaust: The Paris Horror and a Legacy of Texas Terror (Eakin Press, 2015), and Texas Oblivion: Mysterious Disappearances, Escapes and Cover-Ups (History Press, 2021). He works as a freelance journalist and lives in North Texas with his wife, Stacie.

This editorial reflects the opinions of the author and not necessarily the Fort Worth Weekly. The Weekly welcomes all manner of political submissions. They will be edited for clarity and factuality. Please email Editor Anthony Mariani at anthony@fwweekly.com.