The pandemic continues to wreak havoc on the global market for soccer players as USA begins a World Cup qualifying campaign with a draw in San Salvador. Let’s cover a summer transfer season that was stagnant in some respects and wackier than ever in others.

What were the big moves in this window?
Only the two dominant goalscorers of the last 20 years. Lionel Messi joined Paris St.-Germain, even though he didn’t want to move and his old team didn’t want to lose him. Barcelona’s mismanagement has been a running theme in previous versions of this post, and while the team and the player were able to reconcile, Barcelona couldn’t make the money work out, which led to Messi’s Roy Kent-like tearful farewell press conference. (At least Ted Lasso doesn’t have to deal with $1 billion of debt.) Some ingrates suggested that if Messi really loved Barcelona, he’d play for them for free. The rest of us reasonable people will watch him suit up for the Middle Eastern oil barons who own PSG.

And what about the other move?
I kinda wish the Parisians had also signed Cristiano Ronaldo, just to see what would happen. (By which I mean, with Messi and Ronaldo sharing the same locker room. On the pitch, I know what we’d get: Two forwards who generate no defensive pressure and leave their midfield to do all the dirty work.) Ronaldo went back to his old stomping grounds at Manchester United, and this move strikes me like the Lakers signing Russell Westbrook — wonderful player, bad fit.

Really?
It’s actually been quite a while since either of these players conquered Europe the way they did when they were both in Spain. Maybe Messi finally breaks PSG’s jinx in the Champions League, and maybe Ronaldo gets United back on top of the English Premier League. Still, these moves feel weirdly peripheral to the action in European soccer. Ronaldo will hear more about those unresolved rape accusations in Manchester than he did at Juventus. Even without those, United isn’t hurting on offense, and adding the now-immobile goal poacher is just going to cramp their style. As for Messi, even if he returns the Ligue 1 title to the nation’s capital, that’s no more than what the team has already won repeatedly in the past decade. He’ll be judged solely on Champions League success, which is a crapshoot even though PSG also added defensive stalwart Sérgio Ramos, midfield dynamo Georginio Wijnaldum, and Euro-winning goalkeeper Gianluigi Donnarumma.

What about Harry Kane? Wasn’t he supposed to move this year?
He was, but Tottenham Hotspur won the staring contest with him. Manchester City wanted him and Kane wanted to win trophies, which Spurs don’t look like doing anytime soon, but the player wasn’t willing to be the bad guy and sit out to force a move. It surely didn’t help that Messi and Ronaldo hit the market at the same time. He looks silly now, but after he scores a few more goals for Spurs, the fans will welcome him back.

Does City still repeat as England champions this year?
They didn’t get Kane or Ronaldo, but new acquisition Jack Grealish is already producing offensively, and they might just be better off staying with Bernardo Silva on their forward line. I’m more excited about Chelsea snagging Saúl Ñiguez for their midfield and Romelu Lukaku as their target forward, as the big Belgian (who got away from Chelsea once before) has proven to be an elite scorer at the highest level. Everton have made a bright start to the season, but the Toffees did the same thing last year, and I got burned for talking them up, so I’m proceeding cautiously. Conversely, Arsenal have become a toxic waste dump. The Gunners should play their women’s team in the Premier League. They’d have a better chance of winning a game or scoring a goal, which the men have failed to do so far. Liverpool shored up their defense with Ibrahima Konaté, but I’m mystified why they didn’t bring in another attacker with two of their front three (Egypt’s Mohammed Salah and Senegal’s Sadio Mané) leaving in midseason to compete in the African Nations Cup.

Some of Africa’s countries are struggling with the pandemic. Will the British government let the players travel there?
No, but FIFA will bully 10 Downing Street into releasing them anyway. Soccer’s governing body can always threaten to kick the British countries out of the World Cup, which their fans won’t stand for.

Should FIFA have that much power?
I’m not automatically opposed to FIFA using their power to allow players to take part in World Cup qualifying. What does gall me is knowing that FIFA won’t do anything meaningful after Hungarian fans directed racist chants and threw beer, garbage, glass bottles, and everything else they could put their hands on at the Black English players during last night’s qualifying match. To be fair, the English fans did the same thing online after the Euro tournament when all their Black players missed penalties during the final shootout with Italy. (Oh, did Britain’s racists ever have a field day with that.) Still, between this behavior, the government’s whining after FIFA sanctioned them for homophobic chants this summer, and the packed stadium in Budapest because Hungary’s prime minister is a COVID truther, Hungarian soccer fans are now the white trash of Europe. It will take some doing for any other country to take that crown from them.

Back to Messi: Where does Barcelona go from here?
The soccer equivalent of salary-cap hell. In addition to losing the Argentinian, they also had to send Antoine Griezmann back to his former team at Atlético Madrid, which has been the biggest beneficiary of their Spanish rival’s financial woes. Los rojiblancos sold the French winger to Barcelona two years ago for a king’s ransom, and now after Griezmann proved to be a bad fit with Barça’s offense, they’re getting him back for more than $100 million less. And we wonder why Barcelona’s in so much debt. The team did sign Messi’s fellow Argentine Sergio Agüero as an inducement to make Messi stay without first checking whether him staying was feasible in the first place. Agüero is a magnificent scorer when healthy, which is less and less these days. Maybe one of Barcelona’s other young attackers can finally come good, but I’m not holding my breath.

So who wins La Liga?
Atlético are the defending champions and they’re set to unite Griezmann with a rejuvenated Luis Suárez, another guy that Barcelona gave up on. The champions’ main challenger figures to be their crosstown rivals at Real Madrid, but los merengues looked awfully old in their Champions League loss to Chelsea. Their acquisition of French teen wunderkind Eduardo Camavinga to refresh their attack is an encouraging start, but they still lost their starting defensive pair without replacing them. Instead, they were off fruitlessly chasing Kylian Mbappé, a player whom they could acquire for free after this season, and signing David Alaba, who will make them even older.

Who wins Italy this year?
I honestly have no idea. It’s been a long time since Serie A was this up in the air. Inter Milan are the defending champions, but head coach Antonio Conte walked out when the team’s Chinese owners told him that not only would they not have money to bring in new players, they’d be slashing existing salaries as well. A bunch of those players (including Lukaku) walked with him, and Christian Eriksen suffered a heart attack during the Euro tournament. Juventus just lost Ronaldo, but Ewing Theory might be in play here with Álvaro Morata back with the team. If the underrated Spaniard can replace the Portuguese’s scoring without holding up the offensive flow, Juve will be back. AC Milan still have Zlatan Ibrahimović and just added Olivier Giroud, but the rest of their roster looks distinctly underwhelming. AS Roma is now coached by José Mourinho, whose last coaching gig in Italy ended when he told the country’s biggest media outlet — in his fluent Italian — that he hated Italy because Italian soccer was full of crooks. By the way, he won the league title every single year that he coached there, but his recent tenure at Tottenham Hotspur made it look like his winning formula has worn off.

Speaking of Roma, what about American players?
Fort Worth’s Bryan Reynolds figures to suffer with Mourinho coaching Roma, since the Portuguese boss is known to favor veteran players over youngsters. Christian Pulisic tested positive for the coronavirus initially, but a subsequent test came up negative, so he’ll be able to follow up being only the second American player to win the Champions League as well as help Team USA qualify for the World Cup. Josh Sargent also joins the Premier League after Werder Bremen offloaded him to Norwich City, a team that looks like it needs all the goalscoring it can get. TalkSport hated the move, but what do they know? Striker Matthew Hoppe was a rare bright spot at Schalke 04 when they were relegated last season, so he earned himself a move to RCD Mallorca, where Phoenix Suns owner Robert Sarver is in charge and Steve Nash is on the board of directors. Konrad de la Fuente went from Barcelona to Marseille, and if he can crack the starting lineup, he’ll have offensive quality around him in Arkadiusz Milik and Dimitri Payet. (If you watched Stillwater, you saw Matt Damon at a game shouting “Allez L’OM!” Also, Marseille’s last match ended in a full-blown riot with the team’s coaches throwing punches at opposing fans. Interesting times over there.) Venezia FC, which hasn’t historically been a powerhouse in Italian soccer, is bringing in two Yanks in Gianluca Busio and Tanner Tessman (from here at FC Dallas), so let’s all start following the arancioneroverdi.

Speaking of FC Dallas, what about the locals?
The Hoops are clinging for dear life to a playoff spot in MLS. They lost Tessman but brought in winger Szabolcs Schön, an Ajax academy product who turns 21 this month and just spent the summer playing for Hungary against the big boys of Portugal and Germany at the Euro tournament. Hope he wasn’t throwing garbage at the England players during last night’s game.

What do you think of Ted Lasso?
Stay tuned to this publication. I’ll be recapping both seasons. 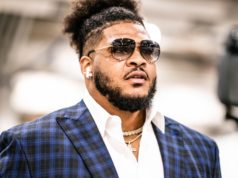