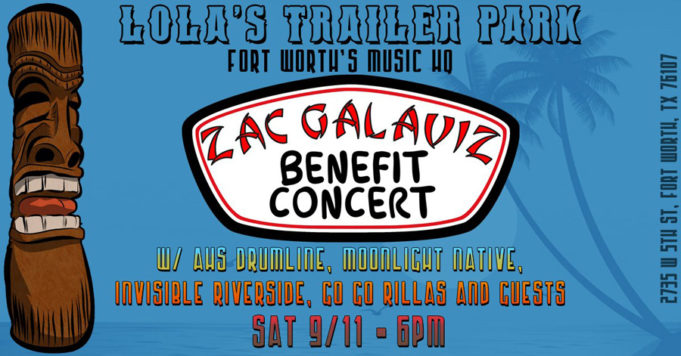 If there’s one thing I miss about the mid-aughts, it’s the old Fall Gallery Nights, which used to be wheels-off. I’m talking, unlimited free booze, everyone looking fly, fun conversations with people you liked but didn’t get to see often (or even correspond with — this was pre-Fakebook), and always a rocking show later (at the Wreck Room or Aardvark, most likely), followed by a legendary after-party at some muso’s or groupie’s house. Shit is so mature now, but let me just say, I’m grateful for that. The old way was untenable. It was great while it lasted but ultimately destructive. Things are much better now because maturity sucks but knowing it’s good for you is a sure sign of maturity. Or something.

While the missus and I are still unsure what, if anything, we’re doing Saturday for Fall Gallery Night, we do know that if we were less mature, relatively speaking, we would wrap up our tour of galleries (Artspace 111, William Campbell, Fort Works Art, in that order, for you kids keeping score at home) with a trip to the Near Southside. That’s where two interesting-to-me shows are happening. 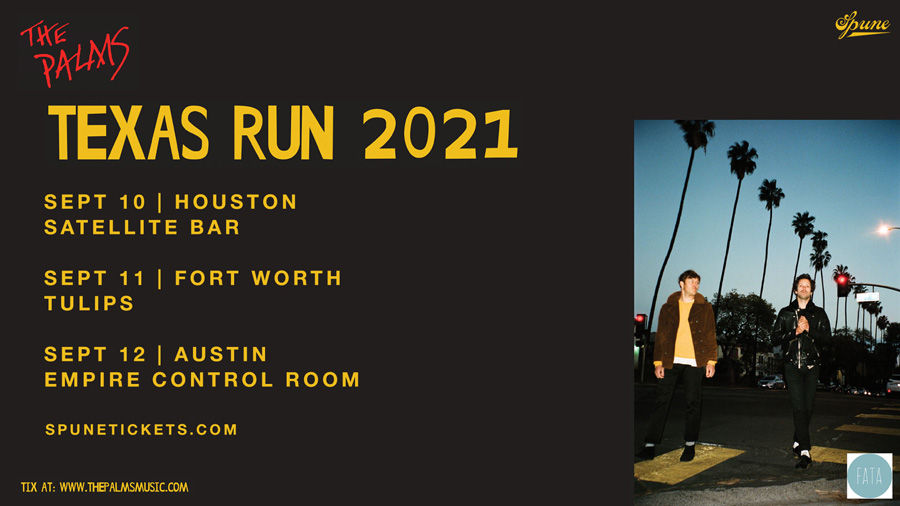 Our first stop would have to be Tulips FTW (112 St. Louis Av, 817-367-9798). Though we would probably miss happy hour (4pm-7pm with $5 tallboys, frozen cocktails, draft cocktails, and wells, plus 25% draft beers), we would be able to catch one of Dallas’ coolest acts, Kyoto Lofi, and Denton’s math-rocking Dome Dwellers open for headliners The Palms out of L.A. Tickets are at Prekindle. 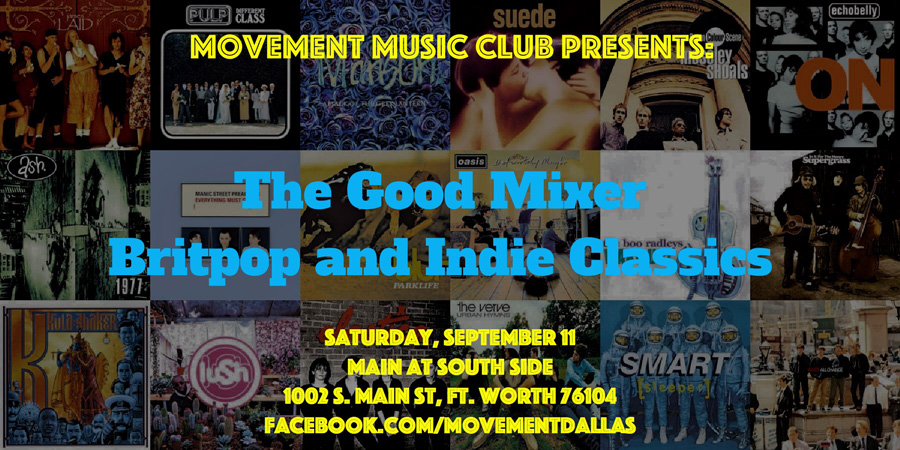 That would be if we didn’t skip out after Kyoto to catch some Oasis and Pulp at MASS (1002 S Main St, 682-707-7774) — on wax, that is. The Good Mixer is a DJ set of all Britpop and indie classics spun by the Movement Music Club. Started in 2014 in Dallas, the “indie disco club” has finally made its way to yon Fort. The Good Mixer is free and starts at 9pm. Note: Oasis and Pulp will not be performing at MASS. Neither is a band anymore, for one thing. For another, MASS isn’t that big. And we’re in Fort Worth. Try to keep up.

There is another interesting-to-me live music option Saturday night, and it can make you feel a whole lot better than any amount of hard seltzers and spirited convos could. At 6pm at Lola’s Trailer Park (2735 W 5th St, 817-759-9100), the Go Go Rillas, Invisible Riverside, Moonlight Native, and the Arlington High School drumline will perform as part of a benefit for the Zac Galaviz Foundation. Established in honor of the namesake musician who died of cancer in 2008, the foundation has helped support scholarships for percussion students at Galaviz’ alma mater, Arlington High, and fund the Leukemia, Lymphoma, and Myeloma Society, a nonprofit dedicated to supporting blood cancer research, education, and patient services. The cover/donation is only $10. — Anthony Mariani