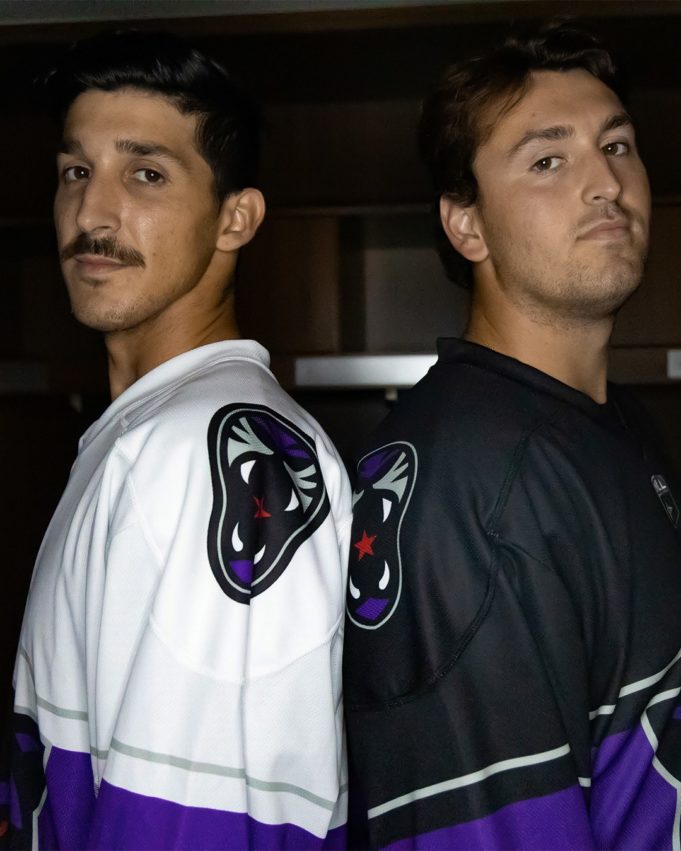 Well, not hate. I ha-, um, dislike hate in a general sense. But I’m going to work up at least some mild animosity toward them. I might even give an arbitrary thumbs down to one of their box lacrosse club’s YouTube videos.

And box lacrosse is what this is all about. The National Lacrosse League announced its 2021-22 schedule today, including that of the team based in Fort Worth: Panther City Lacrosse.

Whenever a team issues a schedule for an upcoming season, fans start looking at the matchups. If you’re from elsewhere, you might make plans to go see your hometown squad when they visit. If you want to talk smack when you play your college roommate’s team, you circle that game. The team that beat you in the playoffs last year? You get soooo hyped for the rematch.

But Panther City is the league’s new team. So we don’t yet have the history necessary to generate emotion for matchups. Therefore, we need to create them.

It’s not a bad idea to start with the lacrosse, of course. On Sunday, February 20, the defending champion Calgary Roughnecks come to town (the pandemic cancelled a couple of postseasons since they won the title, but it still counts). The NLL’s most recent MVP, forward Shayne Jackson, and his Georgia Swarm visit Dickies Arena on Saturday, April 23. It’s always good to get fired up about taking down the people at the top.

You might think about choosing a game based on geography. The Colorado Mammoth are the closest opponent, playing roughly 800 miles from Cowtown, which precludes a subway series (and also there’s the fact that North Texas doesn’t have subways). But some “drive the Mammoths to extinction” sentiment might work until the league can put a team in Fair Park Coliseum and create an I-30 rivalry.

If you’re one of the folks happy to have another pro team in Fort Worth, you can find a rivalry. You just have to work a little harder at this stage in the franchise’s development. You get your first chance December 10 when the Vancouver Warriors serve as the visiting team for the home opener. I can’t think of a reason to dislike British Columbia, but if you can, go for it.

PCL president and CEO Greg Bibb suggested in the press release that “our fans and all of our neighbors in North Texas are going to love the fast, physical style of competitive play that box lacrosse offers, while also providing affordable, family fun for all groups and ages.” So with that in mind, maybe you don’t need a rivalry to enjoy a game. But it can’t hurt. Single-game tickets go on October 15.

So why did I choose the team I’m going to just call the “Saskatchewan Lacrosse Team” to be my equivalent of the Washington Football Team (for Cowboys fans)? Because they stole my name, and that’s as good a reason as any to thumb my nose at them. So bring it on, Saskatchewan Rush – January 29 and April 3 are on my calendar.