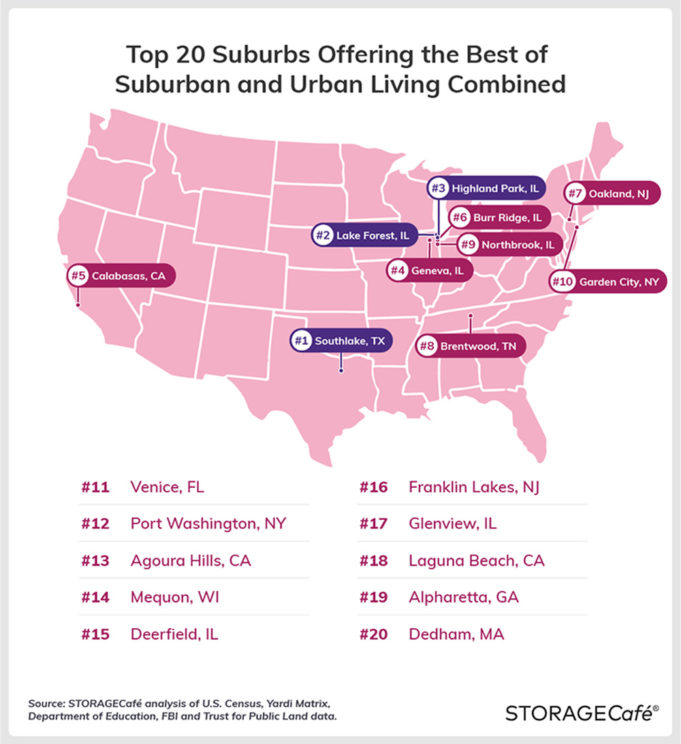 Or maybe not so hilariously. It all depends on how you define the concept of “city.”

Fine. And considering these criteria, STORAGECafé says Southlake scored the highest of 1,000 sampled suburbs. The number one reason our fancy neighbor to the northeast came out on top is moolah. Southlake is “one of the most prosperous suburban communities in the country, with households earning about $240,200/year.”

Other explanations for Southlake’s top billing include “excellent schooling” (haha!), “low population density,” many local opportunities for jobs, twice as many retail stores per 1,000 locals as in the average suburb, 3.8 restaurants for every 1,000 residents, and “ample opportunity for outdoor entertainment.”

Having lived in some cities in my time, including in perhaps the citiest city in the history of mankind, New York, I’m thinking STORAGECafé is more interested in marketing than reality. I know. It strains belief that an American company would sideways argue for its own existence via “data.” You have to realize. We will take any opportunity that comes our way to poke at Southlake. And here we are.

Says STORAGECafé, “Living [in Southlake] means you get plenty of space, safe streets, and good schools, plus an excellent mix of lifestyle-oriented amenities.”

Does that sound like a city to you? In the cities where I lived and grew up, you had whatever the opposite of “plenty of space” is, the safety of the streets was up to you and your weaponry, and the schools were more like jails. Indeed, I know the website is working off the concept of the ideal city. I just think a little reality would have made for a much more interesting report.

The one thing I do like about STORAGECafé’s data is that while ruby-red Southlake may be the most city-like suburb in the country, most of the rest of the Top 20 are near blue metropolitan regions, because of course they are. — Anthony Mariani

This column reflects the opinions of the editorial board and not the Fort Worth Weekly. To submit a column, please email Editor Anthony Mariani at Anthony@FWWeekly.com. Submissions will be edited for factuality and clarity.