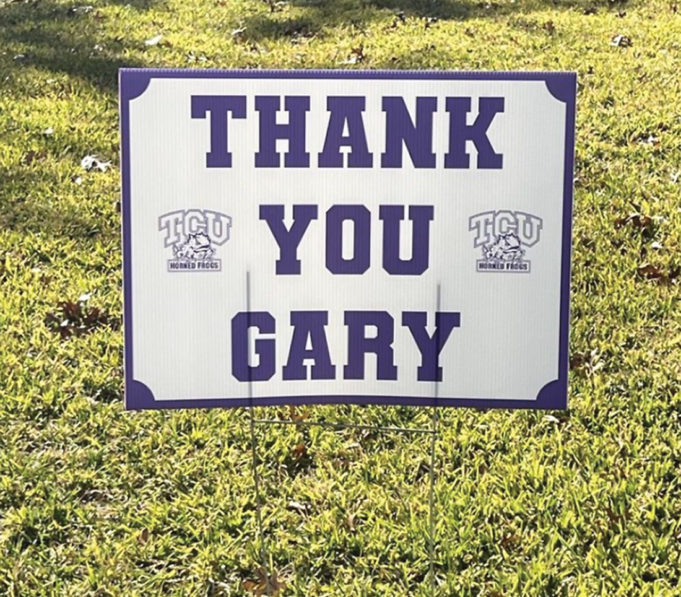 Also, kind of like if your kid goes to college at your alma mater’s rival. Yeah, you attend the parents’ weekend game — and, yeah, you wear an overpriced Nike polo from the bookstore — but, damnit, you don’t have to like it. In this case, Gary lived in TCU’s house even longer than 18 years.

After seeing all the puke-inducing images on Twitter of GP splattered in burnt orange next to recruits, Horned Frogs have cringed often over the last few months of this awkward transition.

College GameDay’s visit to Austin came and went Saturday morning with only the guest picker, UT alum Glen “Hangman” Powell, saying publicly and with a straight face that he believed the Horns would beat the No. 1 college team in the land.

I was chuckling at the excessive hype and wondering how many touchdowns Bama would put up by halftime. Texas had recently renovated their scoreboard, and I figured they’d need another redo after all the points Bryce Young and company would hang on it. Then a weird thing happened. UT was moving the ball — well — and making Nick Saban’s offensive bunch go three and out repeatedly.

If the Longhorns actually have a shot, I thought, this changes things. Despising Texas is an integral part of being a Frog fan, but the Crimson Tide— the New York Yankees of college football — are even worse. Not to mention, Patterson with some of the best teams TCU ever fielded earned a shot at Saban once many moons ago. Oh, hell. Hook ’em, Horns!

As my mood shifted from burnt-orange pity to a “I got this T-shirt at the grocery story” bandwagon fandom, the UT defense continued to impress with twists, stunts, and blitzes. The commentators pointed out the ever-animated and perma-sweaty Gary Patterson on the sideline and talked about his influence on the gameplan. Did they even mention Texas’ defensive coordinator? Do they have one? Does he have a name or just an empty office that Gary sits in now like an 800-pound silverback?

Watching, I began to reflect more on the House that Gary Built in Fort Worth. Dennis Franchione put up the scaffolding in the late 1990s from which GP crafted the St. Peter’s Basilica of North Texas college football like Michelangelo.

After the 2011 Rose Bowl victory, TCU fans just assumed Patterson would coach the Frogs longer than Bill Snyder stayed at Kansas State. TCU athletic director Jeremiah Donati once said, “Gary can coach here as long as he wants,” which must have made firing the guy midseason last year all the more dramatic. I figured Patterson would still be loafing around the Carter in the 2090s with a staff like Gandalf, doing his mad scientist defensive football wizardry thing. At least he’s always got the bronze statue to fall back on.

Through the super-sucky late-Mack Brown years and after, Patterson’s Frogs beat UT two-thirds of the time. Year in and out, the geniuses in sports media would insist Patterson was going to leave TCU for the head job at UT. Speaking of, you gotta give it to Texas AD Chris Del Conte. Depending on how you spin it, he’s either the slyest dog or slimiest snake in all of this. The former TCU AD kept Patterson happy in purple for years when GP was on a lot of quality head coaching-search lists. And then, Del Conte dropped Fort Worth like first-period calculus for the 40 Acres of underwhelming football and gluten-free, lab-meat breakfast tacos with nut cheese on top.

A couple of years go by, and he’s dragged his school and the Sooners out of the Big 12 to the SEC like a Navy SEAL op: planned for months in secret but made public only once the mission was complete. CDC didn’t bother telling his family friend, protégé, and TCU AD successor, Donati, what he was up to. A few years later, Del Conte ropes Patterson into a coaching stint in the People’s Republic of Austin, and they damn near take down Alabama. You can say a lot of things about Del Conte, but “underachiever” isn’t one of them.

Like an office lunch catering order, every TCU fan has a slightly different take on the series of events from Patterson’s midseason firing in 2021 to today. Some say he should have seen it coming. Some say he walked on purple water and Donati was wrong for firing him. Others insist he lost control of his program but never stopped being an absolute defensive genius — it was time to go, but he still had his mojo working. I showed up in Fort Worth as a freshman in 2007 and attribute many a good time to ol’ GP.

Were it not for his time at TCU, we wouldn’t have been left out of the last three rounds of conference realignment, because we never would have been in the conversation at all. The Campus Commons would likely still be a parking lot. Enrollment might be 40% lower, and TCU might have been lucky to survive the uncertainty of COVID at all. Last weekend’s Tarleton game could have been a marque conference game instead of the polite, just-down-the-road, here’s-your-fat-check-for-your-troubles butt whipping that it was. That’s the difference winning football makes and ironically why TCU felt the urgency to fire Patterson midseason — the losing seasons were piling up.

The thought of GMFP swapping purple for burnt orange was unfathomable this millennium — until it happened. It’s weird and confusing, but this is what we have to deal with. With UT on the way out of the Big 12 and unlikely to face TCU more than a handful more times this decade, I’m happy for Gary to keep dialing up blitzes and retying his shoes as long as he desires — especially against the teams that the BCS and CFP cartels kept TCU from facing in the years the Frogs more than belonged in the natty conversation. Horned Frog Nation should just be glad Gary Patterson coached in the Fort for as long as he did. 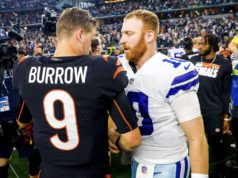 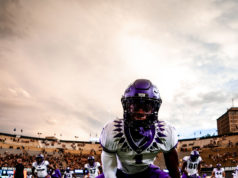 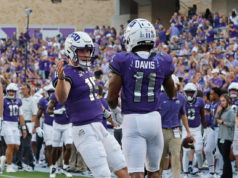