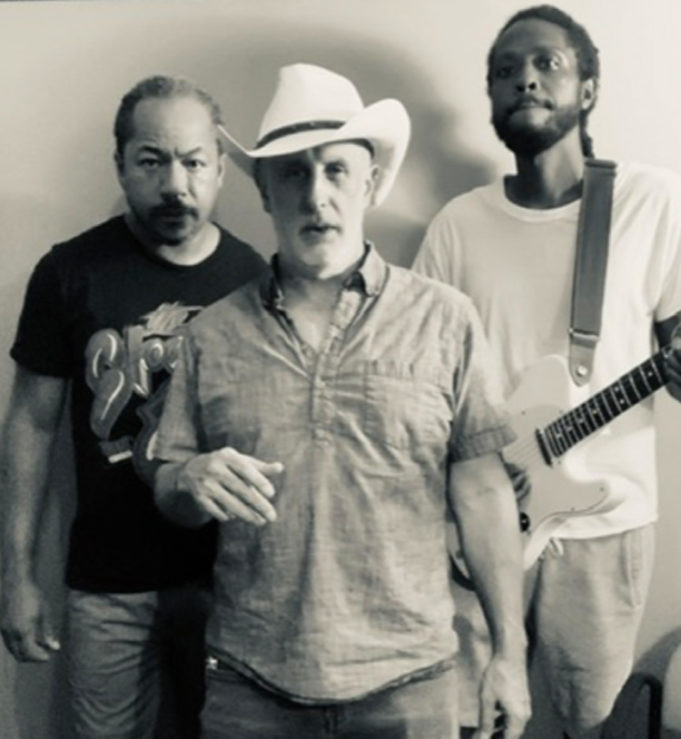 For years, DJs at country venues have sprinkled in hip-hop and R&B anthems amid the two-steppin’ twang-and-fiddle tunes, but locally it wasn’t until G.W. Childs IV came along a couple years ago when two-steppin’ and hip-hoppin’ were mixed together all on the same track.

The term, Fort Worthian Childs says, comes from Fryer. “It’s its own thing getting its own niche.”

Mixing country tuneage with EDM beats sprouted from Childs’ ’70s boogie-loving past. He described the forthcoming tracks as Kenny Rogers, Barbara Mandrell, or Alabama but with a dance twist, like something you’d hear at a disco or a rave.

“Disco always made people feel good at the time,” Childs said. “It was a fun era, and [Fryer] has been a big influence on me.”

Childs plans on performing soon and releasing his new material in November.

Fryer is particularly excited. “It’s RDM, baby. You’ve got EDM, and you’ve got FDM, which is Farmers Dance Music, and now, it’s the new progression to Rodeo Dance Music.”

Childs’ first release will be “Tarrant County.” Originally slated for release last year, the song was held because Childs said the label bosses didn’t feel there was enough interest in it at the time. Childs kept working on the records while building out a live show. Now, when “Tarrant County” comes out, it will be as a “digital record” with an A and B side on all platforms, including Bandcamp.

“Listeners can expect a synthesis of elements of nostalgia summing up to a polished pop but with an electro-country lean,” Childs said. “It’s geared towards dancing and lifting people up somewhere in between where it just kind of feels good.”

Childs said “Tarrant County” is mostly about his hardscrabble father and also the modern, technology-influenced cowboy in general. The song is also about growing up and being away for days while hauling cattle from ranch to ranch.

This isn’t Childs’ first rodeo. *groan* He’s been a working musician since 1996 and has written six albums with the band Soil & Eclipse and one with another COP outfit, Deathline Int. All this, plus he’s produced “numerous” remixes on Spotify, including ones of the Charlie Daniels Band’s “The Devil Went Down to Georgia” and Glen Campbell’s “Rhinestone Cowboy.”

“It’s like [Childs] comes up with the sketch of the song, and I help him develop it,” Fryer said, “and we gather musicians to give the country twang to it.”

For live performances, Childs will rock the keytar along with Matt Carter on guitar and Ed Love on drums. The trio has been rehearsing for a show to air on COP’s YouTube channel as part of the streaming event Virtual Temple 6 that will air Friday, Oct. 14, through Monday, Oct. 17.

Childs said his goal is to bridge worlds to create a new one and showcase elements of the old world he loves before they’re lost.

“I want to create something that brings in all of my interests,” he said. “I want to publish a single that I think [Fryer], myself, and the label will be proud of, too.”