All right, everyone. The World Cup starts up this weekend in a country that’s just like Las Vegas would be if you removed everything fun. Seriously, Qatar needed to be strong-armed into a promise that they wouldn’t throw gay fans in jail for holding hands (though their World Cup liaison just welcomed the world by calling homosexuality brain damage), and after agreeing to beer sales in the stadiums, they’re going back on that promise. This has the World Cup’s longtime corporate sponsor Budweiser understandably ticked.

FIFA has trumpeted how the country has made some reforms to its indentured-servitude economic system, but that’s hard to concentrate on when their officials are threatening Danish reporters and paying people to attend the matches to avoid TV showing empty seats. Thousands of workers died while building the stadiums you’re watching, which is something to keep in mind while you’re assessing the state of Ecuador’s defense as they take on the host nation this Sunday. My idiot friend is on hand to spoon-feed me the questions I want to answer, so let’s get going.

Great to be here. Isn’t it massively hypocritical to kick Russia out of this year’s World Cup when not only the host nation but also Saudi Arabia and Iran, which are hardly beacons of human rights, are playing?
Um, yes.

Cool. What is USA looking at?
The most talented squad we’ve ever sent to the tournament, and the distinct possibility of going three-and-out from this group anyway. Of course, Team USA got out of a Group of Death back in 2014, and the Group of Death this year is probably Group G (Brazil, Cameroon, Serbia, Switzerland). Even so, these are some tough opponents: England is a much-changed side from the squad that made the 2018 semifinals and the final of Euro 2020, but they’re still favorites to emerge from this group. Wales has Gareth Bale, who is no longer the all-conquering striker he was in the early 2010s, but still plenty dangerous. You can’t even count Iran as a gimme game for the other teams, as it has enough talent up top in Sardar Azmoun and Alireza “The Flying Persian” Jahanbakhsh to threaten the other teams. USA’s offense failed to score any goals and looked completely directionless in warmup games against Japan and Saudi Arabia.

Are we doomed?
The good news is that all these other teams are having trouble with their World Cup preparations. The fact that this tournament is taking place in winter instead of summer has thrown a crimp into everyone’s plans, with players interrupting their club seasons and occasionally carrying injuries that haven’t had time to heal. USA’s domestically-based players have had time to rest, though this raises the question of whether they’re rusty. Doom-and-gloom predictions around England are ever present (as are overinflated expectations, oddly enough), and the Three Lions really have looked underwhelming in recent losses to Hungary and Italy. Wales is doing even worse, with one win (the one over Ukraine that got them here) from their last nine matches. Iran, meanwhile, fired their head coach in the summer, and now they’re dealing with the fact that their government might be overthrown. Their players supported the protests of Mahsa Amini’s murder by the morality police, so there’s one reason to root for them.

How will USA play?
We don’t know! Coach Gregg Berhalter made a few surprising choices in his team selection, and Matt Turner starting in goal ahead of Zack Steffen (who was left off the squad entirely) is probably a good thing. The central midfield with Tyler Adams as a destroyer and Weston McKennie as a runner and occasional goal-scorer is probably set, but how the offense lines up (other than Christian Pulisic being in the mix somewhere) is anyone’s guess. There isn’t much time to figure this out, either. If USA doesn’t win its opening match against Wales, they will probably need points in their second game against England to have any hope of advancing. Also, USA Soccer has rainbowed their logo just for this tournament

Are there FC Dallas ties to this USA team?
It used to be you’d be lucky to find one local baller on the national squad, but the team’s youth academy has now turned out McKennie as well as Plano native Kellyn Acosta and McKinney’s Jesús Ferreira, while Chris Richards would have made the team if he hadn’t gotten hurt, so there’s plenty of local interest for this World Cup.

Who will win?
I hate to be predictable, but Brazil has the scary-looking roster at this point. Unusually for them, they have not one but two of the world’s best goalkeepers in Alisson and Ederson, while their defense has the experience of Thiago Silva backing up the central defensive pairing of Marquinhos and Éder Militão. Head coach Tite has a wealth of options in attack, with Neymar now an elder statesman and Vinicius Jr., Antony, Gabriel Jesus, and Raphinha all able to slash through opposing defenses and Richarlison bringing a combative attitude to the corps. I can foresee a scenario where Fabinho, Fred, and Casemiro are overrun in midfield, but that will take some doing.

Who will disappoint?
Three of the four semifinalists from 2018 look to be coming back to the pack. Champions France are missing the injured Paul Pogba and N’Golo Kanté in midfield, while Blaise Matuidi has retired. Les Bleus still have a strong attack and defense, but I wouldn’t look for them to repeat. Croatia still has creativity to spare, with Mateo Kovačić taking the place of the washed Ivan Rakitić, but they’re missing a reliable finisher since Mario Mandžukić retired, and their defense has taken a step back. Belgium’s central defensive pairing of Jan Vertonghen and Toby Alderweireld is starting to creak, and Eden Hazard is no longer the guy who can cut a defense to ribbons by himself.

Any sleepers to watch out for?
I was going to lead with Canada on this list, but we need to monitor the health of Alphonso Davies. If he’s healthy, he can lead a well-organized team that sucks in an opposing team and looks for its speed guys up top to counterattack. If the Bayern Munich demon is near 100%, the Canucks will be dangerous to Croatia and Belgium in their group. Spain has cleared out most of the holdovers from their glory years in the early 2010s and now has a young, dynamic squad with Rodri, Gavi, and Pedri manning the middle and proven goal-scorer Álvaro Morata leading the line. I like the shape of Morocco, too, with buccaneering fullbacks Noussair Mazraoui and Achraf Hakimi on the backline and a dangerous-looking forward led by Hakim Ziyech.

What else should we look out for?
A tournament always needs a wild card, and Uruguay has the 6’2”, 180-pound ball of fury that is Darwin Núñez. The Liverpool striker has zero finesse in his game, and if the ball comes to him in front of goal, he’ll smash the hell out of it. Whether it ends up in the net or hitting a spectator in the 20th row, who can say? Still, if you’re looking for Team Chaos, I would suggest Portugal. When I wrote my soccer transfer column back in September, I predicted an explosion from Cristiano Ronaldo, and man, did it ever happen. The captain of his country’s team is clogging up its offense and throwing tantrums much like he has done with Manchester United because he can only score goals now if his teammates put the ball on a plate for him. Portugal has a viable offense without him (Bruno Fernandes, Vitinha, Rafael Leão) if Coach Fernando Santos has the nerve to drop Ronaldo to the bench, but that move might create more problems than it solves. That’s probably a sign that Ronaldo should have been left home, but since he is in Qatar, we’ll get to laugh when it all goes south.

Any structural changes to the tourney?
The teams are not only carrying 26 players instead of 23 like in years past, but they’ll also be allowed to make five substitutions per game instead of three. This change in the rules came about during the pandemic and looks like it’s here to stay, and the teams that have depth on their bench look like they’ll benefit. I’ll catch you after the first group-stage matches. 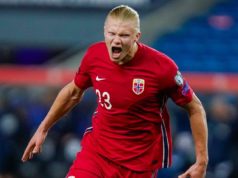 The Best Players Who Won’t Be at World Cup 2022 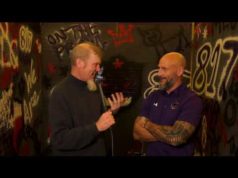