Colt Power always had a love for and an appreciation of medicine. While making rounds as a pre-med student at Notre Dame, he realized he did not like the sight of blood, so he set aside his desire to be a physician to pursue a career in commercial real estate.

When state leaders legalized hemp farming in Texas and the retail sale of cannabidiol (CBD) products in 2019, Power tried some and found they reduced inflammation in his knees, something that limited his workouts. There was also an unexpected but welcome benefit to the CBD.

“My baseline anxiety level came down,” he said. “It changed a lot in my life.”

Power co-founded Power Biopharms in 2020 with wife Reagan Power, who works as an ICU nurse. The facility on the border of East Fort Worth and Euless produces medical-grade cannabis products to exacting standards.

Power said he created the company with the future in mind. Currently, the Lone Star State has a highly regulated medical marijuana program through the 2015 Compassionate Use Act that allows Texans with certain conditions and diseases to access medications that contain very low levels of THC (the psychoactive agent in marijuana). If state leaders overcome unfounded paranoia that marijuana is a gateway drug to self-destruction and expand that program requiring patients to seek THC prescriptions, Power Biopharms will be able to use the same all-in-house model to grow both marijuana and hemp. For now, the Department of Public Safety, which oversees that program, has not awarded new licenses for marijuana production.

On a recent morning, Power, marketing director Stephanie Hastings, and director of cultivation Nick Williams gave a tour of their indoor farm. All the hemp plants used to make gummies, tincture oils, CBD-infused pet treats, and other CBD products come from one plant that is continually cloned to make seedlings that are grown and cultivated throughout several rooms.

Williams said the Power Biopharms team started with 100 seeds that were grown and processed for properties like strength, size, and cannabinoid potency before a final winner was chosen. Every couple of weeks, staffers cut and process 112 flowering hemp plants before cutting away the leaves and hanging the flowers to dry. In the back of the lab, Williams demonstrated placing the dried hemp flowers in an extractor that uses heat and pressure to squeeze out a dark, thick resin that is then used to make Power Biopharms’ products.

Holding a bowl with the final CBD compound, Williams said the resin has a market value of around $8 to $10 a gram, meaning he was holding around $1,700 worth of CBD oil. The same amount would be worth at least several times more than what CBD sells for on the open market.

“Even if we never go into the medical space, we are investing in local,” Power said, referring to the production process that occurs entirely at the farm and a nearby gummy manufacturer. “Instead of saying, ‘Here is a concentrate,’ we can say, ‘Here is the farm where it came from. We know how the plants were raised.’ People like working with a local source. There aren’t many farms doing what we do in DFW at the moment.”

Texas remains a latecomer to the hemp farming industry. It was largely federal, not state, action that allowed local farmers to begin growing the once-banned plant following the passage of a 2018 law. The Farm Bill removed hemp with very low concentrations of THC from the Controlled Substances Schedules of the DEA (Drug Enforcement Administration).

Sid Miller, Texas’ commissioner of agriculture, then backed legislation that codified the rights of growers in the Lone Star State to raise hemp as long as THC levels remained below .3%. Even then, Tarrant County’s former district attorney, Sharen Wilson, warned Tarrant County residents that they could and would be prosecuted for possession of safe and completely non-psychoactive CBD products.

“Our office was asked recently to clarify whether CBD oil is legal in the state of Texas,” Wilson said in a public 2019 statement. “Currently, it is legal only for epilepsy patients through a doctor’s prescription.”

Even with the DA’s confusing stance on the criminality of possessing hemp, the smell of cigarettes and blunts made from that plant is common outside local bars and other public areas. Tarrant County residents have undoubtedly adopted recreational use of cannabinoids even as Texas remains one of only 13 states that outlaw marijuana use.

Texas Tribune found that the local farming industry’s excitement over hemp has subsided in the wake of a drought and a market flooded with national competition.

“Since hemp’s legalization, farmers have lost interest in hemp, especially the kind grown for fiber and grain to make clothes, textiles, and paper,” the Tribune says. “Those who invested have yet to see returns and say hemp, like other crops, is struggling across the state during one of the driest years on record. Farmers across Texas are having to cut their losses by abandoning failing crops to save valuable resources. And with so much at stake, some farmers aren’t willing to risk investing in hemp.”

Power said many people jumped into the hemp farming business in 2020 without understanding the difficulties of growing the plant, processing it, and finding a buyer. If those challenges weren’t hard enough for novice growers, the COVID pandemic magnified those economic challenges.

“There has definitely been a shakeout of people who thought this was going to be easy,” he continued. “It is still a very fragmented supply chain here in Texas. In 2020, I got a producer, processor, and handler license. Just by having a processor license, I was contacted by people who had grown hemp. We didn’t have the infrastructure in place yet to help them. It showed that a lot of people got excited, grew hemp, and didn’t know what to do with it. People jumped in at the growth level not understanding how hard it was to grow it. Even if they were successful, they didn’t have access to buyers and processing.”

“CBD seems to benefit people who take it a couple of times a day,” he said. “People who understand that it is part of their health and wellness routine will continue to use it regularly.”

Power and Williams worry that young and new users may wrongly associate CBD with products produced solely to create a high. While technically legal, cannabinoid derivatives like Delta-8, which provides a mild psychoactive high similar to marijuana, naturally occurs in only trace amounts in hemp. In early 2021, the advocacy group the U.S. Cannabis Council tested 16 Delta-8 products and found several contained copper, nickel, and other toxic metals.

Some of the products sold for use in vape pens under the CBD umbrella are untested and potentially dangerous, Williams said.

Power added, “We are for plant medicine, not synthetic medicine. I want to see products that have proven safety and efficacy make it to the customers. People throw out all these new chemicals. Because all of these things are sold under the CBD space, it muddies the water.”

When Trey Phillips and Dr. Lisa Gardner-Phillips opened Thrive Apothecary in 2018, the married couple found few local hemp producers who could make a reliable quality product. Of the ones the Phillipses believed worked for them, independent testing of the products often revealed pesticides and other dangerous chemicals during those early years.

Quality control over CBD and hemp-derived THC has improved since then, Trey said, but Thrive Apothecary still independently tests products before selling them at their two locations (the Foundry District and Weatherford).

Trey said his store uses Power Biopharms CBD for his retail line of gummies and drops intended for medical use.

Over the past few years, Texas has seen a sharp rise in the number of Delta-8 and Delta-9 goodies. While the open sale of cannabis products that can generate euphoric highs might seem at odds with a state where marijuana remains verboten, Trey said a loophole in the original farm bill allows manufacturers to extract trace amounts of THC from hemp. In other words, it isn’t Delta-8 and Delta-9 that are illegal but rather the plants that contain THC in high concentrations.

With the beginning of the 88th Legislature’s regular session, the Thrive Apothecary co-owner worries that state leaders may pass laws banning popular Delta-8 and Delta-9 products that have grown the overall CBD market considerably because the psychoactives are sold under the umbrella of CBD products.

Non-CBD cannabinoids now account for upwards of 90% of his store’s sales, Trey said.

Trey said the average age of customers at either store is 55. Many parents or grandparents were interested in cannabis but never had access to it, he said. Repeat customers use hemp-derived gummies and drops to treat chronic pain, anxiety, and discomfort from cancer treatments. Trey Phillips, a retired Fort Worth police officer, said he uses many of his store’s products to treat PTSD. The co-owners recently expanded their Hero Program in which they offer free medical marijuana assessments to qualifying men and women from the fields of teaching, first responder, medical, law enforcement, or military. Patients can make appointments at ThriveMedicalCannabis.com, and Lisa will place qualifying applicants on the state’s medical marijuana registry.

Next month, the Phillipses will open Thrive Apothecary’s third location, this one on the Near Southside. The new locale will also be the headquarters of the retail store’s medical marijuana program.

“We believe at some point Texans will get access to recreational marijuana,” he said. “Most states had a strong medical program first that built the framework for the recreational side.”

Beyond expanding the size of Texas’ nascent medical marijuana program and better regulating untested CBD derivatives, Power Biopharms’ Power and Williams said state leaders should decriminalize or legalize the recreational use of marijuana.

A slim majority of Texans support the legalization of marijuana for recreational use in the Lone Star State, based on a recent poll by the Dallas Morning News. Nearly 70% support access to marijuana for anyone who claims a medical need.

“Texas likes to piggyback off federal decisions,” Power said. “I think we will not legalize marijuana until we have federal reforms. Our state will likely walk our medical program forward and maybe increase the cap on THC from 1% to 5%. The public sentiment is too strong to not walk it forward, but they will do as little as possible. Once the feds say it is OK, Texans will follow. I bet we have federal reforms within five years.”

The Power Biopharms owner says they will be ready to produce CBD and medical-grade marijuana in separate facilities. Power said federal laws ban tax deductions for “controlled substances.” IRS laws like 280E require Power to file federal taxes stating he is effectively growing something illegal, and since businesses cannot write off “illegal” expanses, Power effectively pays 25% more federal taxes than someone in a state where marijuana is legalized.

Phillips said he and his wife are vocal supporters of cannabis reforms and state leaders should follow the will of the people and stop clinging to outdated notions of reefer madness.

“We believe at the end of the day that all citizens should have full access to this plant,” he said. “We support that, whether through decriminalization or changes in the health and safety code.”

“The plant is its own compounding pharmacy,” he continued. “The best medicine is a combination of all of these things.”

Even under tough state and market circumstances, Power and his small team say they are proud of the products they produce. Now, they need to focus on growing the market. Part of that effort requires convincing Texas CBD users to buy locally.

“We want to take our products to the world,” Power said. 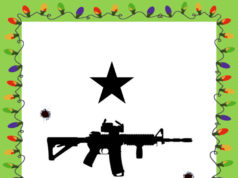