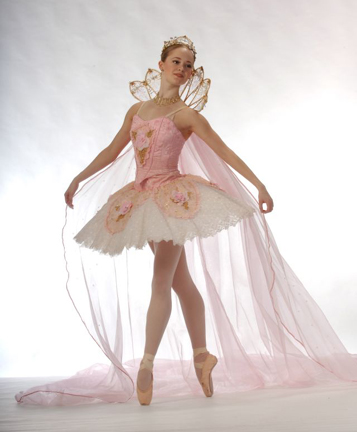 The mass exodus from Houston Ballet may seem like grand larceny, but Stevenson had an accomplice — Houston Ballet. Around the time of Stevenson’s departure, the company was on its way to taking a less classical, more streamlined approach, and some dancers wanted to continue with Stevenson. Based on recent performances by both companies, Houston Ballet’s loss appears to be our gain.

At State Fair Music Hall in Dallas recently, TBT trotted out Stevenson’s beloved version of Cinderella. Set to the Prokofiev score, the ballet proved a charming bit of fluff that nonetheless offered something for adults and children alike. On opening night, the title role was danced by Gumbinner, and her prince was her real-life husband, Priolo. The two pulled off the romantic duets with a loving chemistry that has come to define their work together. None of the technical challenges appeared to be a problem, and the couple’s ensemble work was seamless.

The comic relief came in two forms and was a study in contrasts. True to tradition, the ugly sisters were played by men, and their campiness was a bit over the top. On the other hand, the athletic and energetic Silva displayed dazzling technique as the jester, managing to be both likable and impressive.

At home a little farther south, Houston Ballet didn’t fare quite as well.

A possible explanation may lie with Stevenson’s replacement, a youngster from Down Under brought in three years ago to essentially obliterate all 25 years of Stevenson’s old-world opulence. Stanton Welch’s unabashed modernism is manifest nowhere more grandiloquently than in his latest production, a new-world take on arguably the most revered of all classical ballets.

Setting the company back a hearty $1.2 million, the 36-year-old’s Swan Lake, unfortunately, was neither this nor that. While it definitely wasn’t traditional, it wasn’t far out, either. (For a truly adventurous take, check out Matthew Bourne’s Tony-winning version from a few years ago. With all the swans danced by men, the New York-based choreographer’s bizarre, homoerotic extravaganza culminated in a tumultuous finale.)

The best that can be said of Houston Ballet’s Swan Lake is that it had great visual possibilities. A gothic Star Wars theme ran through late Australian designer Kristian Fredrickson’s costumes and scenery, and it was appropriate for the fantastical material. The evil sorcerer Rothbart wore a black, fitted, medieval-looking outfit topped by a Darth Vader-ish helmet. The foreign princesses’ partners were weighed down by voluminous robes, and with its oversized torcheres and giant, flaming mosaic backdrop, the great ballroom was jaw-dropping.

If only the storytelling had been as appealing or straightforward. There’s a fine line between challenging and confusing, and Welch couldn’t find it. In the first act, the prince’s hunting party is already assembled in the woods. How’d they get there? What happened to the peasants? Why are the prospective brides there, two acts early? Who knows. All the audience was left with was 12 men doing straight up-and-down turns in the air. (During Saturday’s performance, most leaned in different directions.) Oh, and who were the people loitering around the edges of the stage? (One of Stevenson’s strengths in setting story ballets is giving dancers on the sidelines something to do and integrating their movements into the stage picture. Welch doesn’t seem interested in those kinds of details.)

There also wasn’t much variation in the choreography. None of the ethnic characteristics of the ballroom music found its way into the dancing. Even though the music may have said Spanish or Russian, the pleasant movements remained neutral.

Most of the flaws could have been easily remedied. For starters, the characters didn’t have to change costumes. To emphasize that the lake’s enchanted fowl are maidens by night and swans by day, the dancers, when playing maidens, wore long skirts and, when playing swans, tutus. The constant back and forth suggested two sets of dancers, and the addition of a few new black swans toward the end only added to the confusion.

As problematic as the direction was the execution of some of the choreography. In the second act, a lot of the dancers were stiff and uncomfortable, and Amy Fote’s Odette was merely ordinary — unlike a gifted ballerina in the role, Fote offered no insights into the character and didn’t have any sort of distinctive style. Simon Ball, her prince and a veteran Houston Ballet dancer, was better but still not above serviceable. No great warmth developed between the two dancers.

At the end of Matthew Bourne’s version, a flock of bare-chested black swans pecks the prince to death. At the end of Welch’s Swan Lake, after Odette, Rothbart, and the prince die, the swans reappear and pinch themselves because they can’t believe it’s true — neither could we.