Home Music Listen Up Johnny Cash
SHARE
Facebook
Twitter
Johnny Cash’s career stretched over 50 years, but he saved the best for last. In his final decade, the music he recorded with rock and rap producer Rick Rubin at the helm — the American Series — includes many of his best efforts. Their first collaboration, 1994’s Cash, caught people by surprise. The sparse production and edgy songs resurrected his career. 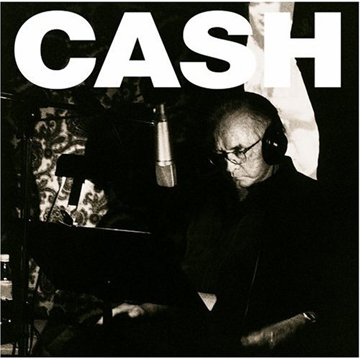 The next album, Unchained, really raised eyebrows. Tom Petty and the Heartbreakers served as his backing band, and song sources ranged from Dean Martin to Beck to Hank Snow to Soundgarden. The album is fan-fucking-tastic. There’s a moment on “Spiritual” when his tired old voice approaches a high note and you doubt he can reach it, but somehow he does. Later in the song, he tries for an even higher note — and hits it. You just want to reach into the speakers and give him a big hug. His eclecticism and passion in the face of disease and death made Cash a heroic figure, and his power in frailty reached its pinnacle with Nine Inch Nails’ “Hurt,” from 2003’s American IV: The Man Comes Around.

And now comes the posthumous American V, songs recorded in 2003 during the months between June Carter Cash’s death and the Man in Black’s own demise. Cash’s health fluctuated between good and bad, and the vocals range from strong and confident to hoarse, labored, and breathless. His accompanists stay in the background. Instead of rock, Cash taps into traditional music, and his vulnerability runs deeper than ever. When he begins the disc’s opener, Larry Gatlin’s “Help Me,” the cracks and weariness in his old-man voice are almost overwhelming. And you wonder whether Cash will even make it through the next song, Gordon Lightfoot’s “If You Could Read My Mind” and its wordplay, but he does, and his fractured singing makes the song more haunting than the original. “Like the 309,” supposedly the last song Cash wrote, is about dying and being hauled off in a coffin on a train, yet it is sung without a trace of remorse or worry: “Take me to the depot / Put me to bed / Blow an electric fan / On my gnarly old head.”

This album won’t be the last. Cash and Rubin recorded a number of songs not included on this project, and a sixth American album is inevitable. But American V makes a fitting end. Even though the record lacks earth-shattering peaks such as “Spiritual” and “Hurt,” it’s every bit as enjoyable as IV and its predecessors.