Home Music Listen Up The Ho Chi Men
SHARE
Facebook
Twitter
Just when you thought nu metal was dead (and it is), along come The Ho Chi Men, trying to resurrect it. 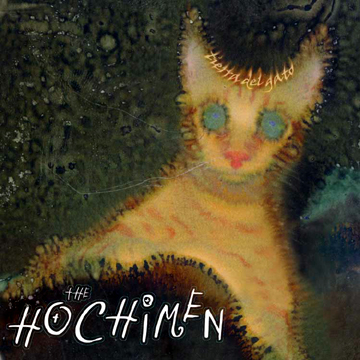 Even though the band features legendary Fort Worth music scenesters Chad and Reggie Rueffer (whom you may recognize from Spot, Mildred, The Insiders, and The Charley Pride Band), rooting for the homeboys here on their new full-length, Tierra del Gato, ain’t easy. (Dallas Cowboys fans can definitely sympathize.) The alt-rocky ’90s are so, y’know, 1990.

With lyrics like “unctuous and tenebrous adjurations painless,” wordsmith Reggie writes as if he’s going for the high score in Scrabble. That said, his nasally, whiny delivery suits the album’s philosophical sniffling, and he has enough charisma to imbue his snotty wordplay with some meaning.

Too bad Reggie’s bass accounts for one of the biggest problems with Tierra del Gato — not the way it’s played, but how it’s mixed.

Every song gives the impression that it wants to be funk-infused metal, but without the bottom, all you’re left with is metal — and not the good early-Metallica/Sabbath kind, but the blues kind.

The band simply may have been better off scrapping the predominant sound and going with straight-ahead pop: The two catchy-chorus toe-tappers here, “Brush With Religion” and “Gore Vidal Gomez,” are the record’s brightest moments.