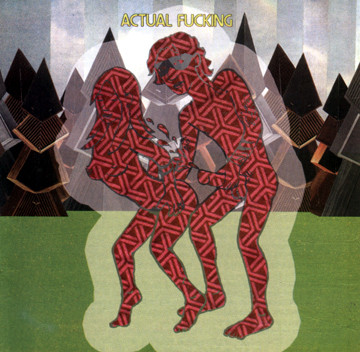 Popping up throughout Actual Fucking, Cex’s sixth full-length album and first in three years, are things like twinkling organ, folky acoustic guitar, Middle Eastern-ish ululations, yawning orchestral strings, and a little disco wah-wah. The record incorporates contributions from members of Nice Nice, The Dismemberment Plan, Joan of Arc, and several other mid-level hipster musos. Most of the songs deal with the concept of hedonism — hanging out, giving in, and, yes, actual fucking. Adding to the quaintly forced subtext, the c.d. sleeve folds out into a 13-page compilation of several sexual confessionals by anonymous writers. Some of the stories are pretty funny. All of them are exceedingly raw.