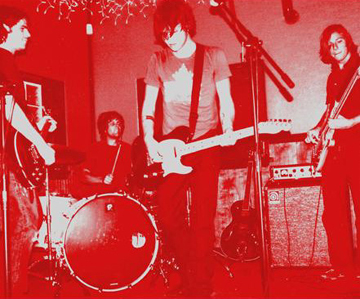 Other times, though, a disc can jump right out of the speakers and state its case clearly and effectively. Singer-songwriter Jeff Price’s second full-length album, Limitations, is one helluva persuasive argument in favor of catchy indie-pop rock and against raw, glorified B-sides. With performances by three of the best sidemen in the Metroplex, guitarist and co-producer Taylor Tatsch, bassist and co-producer Nolan Thies, and drummer Cooper Heffley, the record effortlessly moves in and out of different styles but is never anything less than catchy, in Price’s signature gloomy way. More than a handful of tracks are exceptional — and not just exceptional for a local artist but exceptional, period.

One of the best is “Cary Ann.” On the surface, the short track has two diametrically opposed sides. One is the main riff, a grungy pairing of what sounds like a humming human voice and a purring guitar. (Think: Pearl Jam’s “Breath” from the Singles soundtrack.) The other is made up of countrified, Lonestar verses, replete with slow E-to-E-string strums to accent portions of the vocal melody. A similar arrangement is in effect on “What Are You Waiting For?,” a jangly, medium-tempo Morrissey classic that the Moz never got around to penning. Every day is like Sunday, indeed.

Since moving to Fort Worth from Austin a couple of years ago, Price has already churned out two solid albums, assembled a superior backing band, and continues gigging constantly around North Texas.

Accompanying him at his c.d. release party next Thursday (Sept. 21) is Stella Rose, another local act whose recent debut album comes on strong and stays strong.