Home News Metro Prison Bound
SHARE
Facebook
Twitter
Ryan Peucker is nobody’s idea of an angel. He started smoking pot as a young teenager living in Joshua and Cleburne, dipped into cocaine and methamphetamine for a while, and in 1997, at age 18, agreed to help his friends pawn jewelry and other items stolen from one of the friend’s relatives. 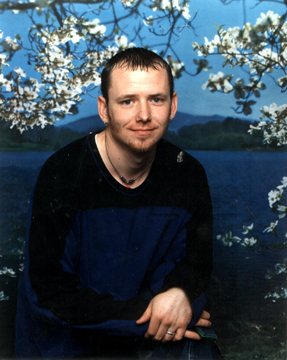 But until he’d spent five years in and out of jail and forced rehab while on probation, he had never been violent; until then, the burglary charge that he drew for being present when the items were stolen from the friend’s grandfather’s house was the only charge ever filed on him.

A major problem for Peucker in trying since 1998 to get out of the justice system has been his inability to stay away from pot: Time and again, when he showed up at the Johnson County probation office, evidence of drugs was found in his required urine test.

But the other problem, according to some criminal justice system officers, lawyers, and civil libertarians, was his decision back in February 1998 to accept a plea agreement in the first place. It seemed a no-brainer at the time: Do 10 years probation rather than face the possibility of doing up to 20 years in prison, in a county where prosecutors are notorious for going for the max in almost every case. But the agreement put him in the same kind of almost-no-win situation that lands thousand of people in Texas prisons every year —people who, according to some experts, probably shouldn’t be there.

“I’d guess, from what I see, maybe 70 to 80 percent of the people who get probation wind up having their probation revoked,” said Lisa Williams, a parole officer in the Texas Department of Criminal Justice.

Nicole Porter, director of the Texas Civil Liberties Union’s prison and jail accountability project, said that doing probation in Texas is tough. “Few people can do 10 years,” she said. “Even five years is almost impossible. People simply cannot comply with the stringent requirements. I’d go as far as to say the system is set up with the intent that people will fail. People are expected to have their probation revoked.”

Peucker had even less chance than many because of where he committed his burglary. In Johnson County, said one probation officer there who asked not to be named, District Attorney Dale Hanna is “the kind of DA who insists we report even the most minor probation infraction. Kid’s late for an appointment, he’s liable to push for revocation and send that kid to jail.”

Joshua attorney Bill Mason, who represented Peucker for a time, said small towns make the problem worse because officers who see the same people over and over “finally take it personally. … The days of the officer calling your parents and telling them you’re down at the station, well, those days are gone. Once you’re on the local cops’ radar, you are going to have a difficult time getting under it again.”

Peucker made it pretty easy for the justice system to gobble him up. The first condition of his probation agreement was to complete a 75- to 90-day “boot camp” — a military-style camp usually reserved for young offenders. If he could do the camp and the 10 years probation, the felony would disappear from his record.

But a bad back from a childhood injury prevented him from being able to stick through the boot camp. As an alternative, Peucker, who had been incarcerated for nearly four months by that time, was sentenced to 120 days on a work-release program. He was freed on weekdays from 6 a.m. until 6 p.m. to do community service; nights and weekends he spent in the Johnson County jail.

Two months into the work-release program, Peucker came up positive for pot on a urine test. That netted him six months in the county jail. He got out, soon came up dirty again, and was sentenced to nine months in the Substance Abuse Felony Punishment Facility (SAFPF) in Huntsville. When he completed the program in October 1999, he was again remanded to work-release, this time to a Volunteers of America after-care program in Mansfield. He failed another urinalysis three months later, spent four more months in the Johnson County jail, and then went back for another six months in the SAFPF program.

Remanded to another work-release program, Peucker was sent on errands one day; when his probation officer couldn’t reach him there, he moved to have Peucker’s probation revoked. That meant the burglary conviction went on his permanent record, and he was sentenced to five years in prison, on top of the nearly four years in work-release, jail, and prison rehab that he had already done. He served 14 months, was credited with the eight months he’d spent waiting in Johnson County Jail for his case to come up, and was released on parole in late 1993.

He stayed clean for more than a year. But in May 2005, he failed another urine test, and the police picked him up. According to police reports, Peucker, handcuffed and with 135 pounds on a six-foot frame, tried to head-butt two officers as he was being escorted into the Johnson County jail. It was the first suggestion of violence in Peucker’s history with the criminal justice system.

He was charged with retaliation, a felony, and sat in the Johnson County jail from May 2005 until August 2006, when he accepted a plea agreement for two years in prison. He should be out sometime in 2007, with no more parole to do.

When he gets out this time, though, it will be a different Ryan Peucker than the 18-year-old who went inside in 1998. He now sports a lot of anger and full-sleeve tattoos that will mark him as a former inmate for the rest of his life. He also has two felonies on his record, making it vital that he walk a line he’s never been able to walk before.

“In the past,” said Bill Miller, owner of Miller’s Books in Cleburne and a former writer for the Fort Worth Star-Telegram, “we had a program here in Johnson County called HOPE that I volunteered with — Helping Open Peoples’ Eyes. The intent when it was started was to work with the inmates at the county jail here, to give them support so that they’d have a safety net when they were released.

“They’d have people to talk with when they got down. … And everyone gets down. They have no money, they can’t get jobs. And the program worked fine. But funding got cut a few years ago, and the county had no interest in it. Now it’s a horrible situation. In the old HOPE, there were computers and even a GED program — something for these kids to reach for,” he said.

“The problem is that there is simply no funding to do anything with these kids,” said Robert Kersey, a Granbury defense lawyer who handles some cases in Johnson County. “I think you have to be creative — and the law allows it — with these young people with dirty UAs [urinalyses]. There is no reason to revoke a probation for a kid smoking pot. You can send the kid out to pick up garbage on the highway or make them do some other community service the first few times they fail.” If they keep failing, he said, they can then be sent to the state prison drug rehab unit. “The way it is just isn’t working.”

In the last year, Tarrant County has begun to think creatively. According to Tom Plumbly, director of Tarrant County Adult Probation, “The revocation rate for people out on probation is so high that it’s just a funnel for prison. And what we’ve done about it in the last year is implement a new system of progressive sanctions. When people violate probation, we’re trying to do things other than send them to jail. On a first violation, we might give them three days in jail, not three months. That sort of thing.

“But we’re also trying to see that people get the help they need for wrong decision-making. People involved in criminal actions have to change their behaviors, and our job is to help with those changes through rehabilitation. For drug offenders in Tarrant, for instance, we’ve instituted intensive day treatment, an outpatient therapy. And we’ve begun group programs where people can learn how to make better decisions. And the result is that our felony probation revocations are down 20 percent this year over last year. We’ll see if that will last over the long haul, but I contend that if you don’t make the changes in the individual — and you can’t if you don’t offer them therapy and a way to change — then they will wind up having their probation revoked and be sent to prison. And that generally doesn’t do anybody any good.”

Richard De Los Santos, a defense attorney who works in Johnson and Tarrant counties, said Peucker’s original 10-year probated sentence seemed excessive to him — but not surprising in Johnson County. “Ten years probation for pawning some stolen stuff another kid robbed from his grandfather? And more than half of that in jail and prison for smoking pot a couple of times a year?” he said. “Nobody can do 10 years, even if they change their lifestyle.”