Home Music Listen Up Pepper
SHARE
Facebook
Twitter
There’s this scene in Blue Crush where surfer girl Anne-Marie Chadwick goes to rescue lil’ sis Penny from a house party on Oahu’s North Shore. Penny, naturally, is pissed, being yanked by her big sister out of what appears to be a pretty cool party, overflowing with kegs, hot bods, and gnarly locals ripping on a half-pipe. The whole movie paints Hawaiian surf culture as a constant pursuit of leisure, a breezy drink-’til-it’s-time-to-check-the-lineup sort of lifestyle. 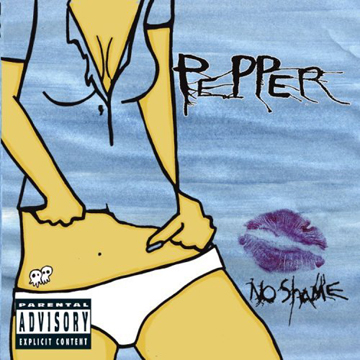 Back in the mid 1990s, Kona Town — the second album from Pepper, whose members hail from Kona, Hawaii — encapsulated that vibe, with a blend of reggaefied rock and boozy aloha spirit. From liquored highs to hangover lows, Kona Town just felt real.

Then in 1999, the band moved to San Diego, alienated hardcore fans by dropping Ron St. Germaine, and toured almost non-stop. On No Shame, Pepper’s fourth outing and first on a major label, there are glimmers of Kona Town, as well as some interesting forays toward new horizons (check the single-minded bounce of “No Control”), but a lot of the time, the songs sound alternately forced and distracted. No Shame isn’t bad, but the band’s talents seem misused.

Pepper normally gets knocked for ripping off Sublime, but that’s not entirely fair. While co-frontmen Kaleo Wasserman (guitar) and Brett Bollinger (bass) both sing in the same breathy tenor as Bradley Nowell, Bollinger’s voice has a lecherous richness that Nowell sometimes lacked. Besides, it’s far more obvious that Pepper’s been stealing from The Police.

Predictably, the tracks on No Shame that sound like The Police are the best ones. Once the annoying intro skit is over (and there are two more of ’em, which is never a good sign), the album kicks off with “Bring Me Along,” a sunny reggae shuffle that grabs its licks from “Every Breath You Take” and its heritage from island acts such as Po’ Hana. The guitars echo for miles, the bass flows like mercury, and after the song finishes, you’re fooled into thinking that Pepper had wised up and made another Hawaiian record. “Lost in America,” a hooky ode to life on the road, perpetuates the ruse, but after the song’s “hang-loose” varnish leads to yet another skit and then the next track, a disingenuous grab for radio airplay becomes apparent. “Your Face” is a gaudy slab of overproduced pop. After you’ve settled into stripped-down arrangements of clean guitars, bass, and drums, getting slammed with a bunch of tacky overdubs and keyboards is so not cool.

From there, the album repeatedly aims for the mainstream, but for the most part, it doesn’t even hit the backboard. “Like Your Style” is a corny attempt at a club hit. “Point and Shoot” is marred by unnecessary raunchiness. Plus, the last third is broken up by yet another unfunny skit. Apart from the plaintive, low-key rocker, “Zicky’s Song,” the rest of the record tries too hard. It’s a shame that No Shame makes you sit through a bunch of phony grins to groove to a single honest feeling.