Home Music The Show Suicide Girls
SHARE
Facebook
Twitter
The Suicide Girls are a nationwide group, like the Red Hat Society or Rotary Club, but one whose mission is to torpedo the popular perception that to be beautiful, young women must look like supermodels, tall and skinny, with good bone structure and nostrils large enough to accommodate several kilos of frosted flakes in one sitting. A busty, big-boned, tattooed, drunken ogre can also be beautiful, or so say the SG’s. 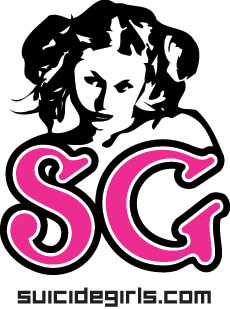 Created a few years ago in Cali, the Suicide Girls promote themselves as Bettie Page’s daughters, which is another way of saying they believe getting naked is their civic duty. In Dallas this Friday, they’ll be wearing their birthday suits onstage at the Gypsy Tea Room. More of a celebration of female goth, punk, and rockabilly strippers and music than, say, a real burlesque show, with comedy and singing and stuff, the SG event pretty much boils down to female flesh. Sure, though most of it will be porn star-tastic, some of that flesh will be a little flabby, possibly odiferous. Regardless: Don’t you know that lithe, fit Victoria’s Secret covergirls are fostering a body image that’s impossible for ordinary women to meet? Jenna Jameson-types on the other hand … .