Home Music Listen Up Smile Smile
SHARE
Facebook
Twitter
Intentionally simple, the Dallas duo Smile Smile spotlights each discrete element of a song, enabling the plainspoken emotion of harmony to speak for itself. 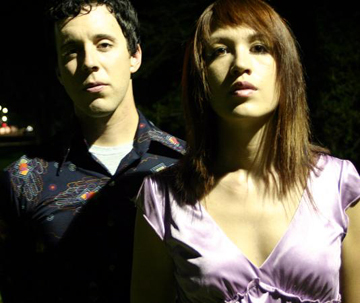 The instrumentation is just Jencey Hirunrusme on keyboards and Ryan Hamilton on acoustic guitar. From a purely musical standpoint, the synthetic rhythms and slow-paced strumming may fall into the shoegazing category, but everyone needs to be calm at times, and the mellow moments are where Smile Smile shines. Introspective and unafraid to confront real pain, Blue Roses, the group’s debut album, gently examines the correlation between yin and yang.

Splitting the vocal duties equally between two people can be a challenge, especially when the voices are male and female. In “Sad Song,” Hamilton’s relaxed ease at the microphone complements his regrets over a failed relationship, and when time comes for a break in the conversation, Hirunrusme chimes in with a higher pitched response. Inexplicably, the duo’s timbre meets exactly in the middle, as if the two embody different ranges of a single voice. The chorus resounds with Hamilton’s sad but catchy pronouncement, “You need a hero, but he’s not here.”

Blue Roses’ 11 songs converge through Hamilton’s bare but resonant acoustic guitar and an overwhelming sense of melancholy. In “Your Life,” the pair urges a friend away from suicide. Hirunrusme also plays a Rhodes, so the songs bubble and swirl. At times the mood elevates into positivity, most notably in “Stranger Across the Street,” a song of longing, and the appropriately named “Hope Avenue.” Overall, the disc shies away from points of attack in deference to quiet reverie, giving the listener time and space for reflection.