Home News Metro No Buck Left Behind
SHARE
Facebook
Twitter
All kinds of government workers get refresher courses and mid-career training from time to time, via in-house classes or professional seminars. 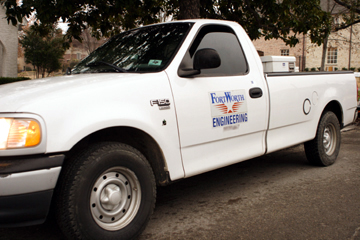 But a new program designed by Fort Worth’s engineering department is taking that kind of training to a new level in several respects — in the number of courses required, taxpayer dollars being spent, and the degree of anger that’s being generated among those the program — at least ostensibly — is designed to help. City engineering director Douglas Rademaker has ordered more than 60 public works inspectors — those who check projects like city roads, bridges, curbs, and sewer lines for quality of work and adherence to codes — to head back to school to take 69 credit hours of classes at Tarrant County College’s southeast campus.

The curriculum, which will take most inspectors three to four years to complete — with senior inspectors and supervisors doing an additional year or two — is being required by Rademaker on pain of firing, even for inspectors who expect to retire before they can finish the courses. And when it’s done, the training, it seems, will be worthless outside of Fort Worth, as there is no national certification program for construction inspectors. What’s more, it looks like the program could worsen the city’s already serious problems with underfunding of its pension system, by adding thousands of dollars annually in overtime to the salaries that will be used to figure out the inspectors’ retirement benefits.

Rademaker declined to speak to Fort Worth Weekly about the program except through a single e-mail, in which he hailed the Construction Inspector Certification Program as “a good news story for Fort Worth.” Critics are calling it a sham — or at least a Cadillac of a program parked deep inside the city budget, where the city council approved it without realizing what it was. Three city council members failed to return the Weekly’s calls seeking comment. A fourth, Chuck Silcox, said he had been assured that the program was going to be completely voluntarily for inspectors — and promised to ask more questions of city staffers about it.

The program began modestly this fall, with 34 inspectors taking courses in basic computer skills, including things like using a keyboard, word processing, and managing digital pictures. Those courses were eight weeks long, requiring class attendance after work from 5:30 until 9:50 p.m. twice a week. Most future courses will have the full complement of 63 inspectors in attendance and, according to a TCC counselor working on the project, will be 15 to 16 weeks long with similar hours. Inspectors will be paid time and a half for hours spent in class but not for travel time or doing homework. Whereas most inspectors now are required to leave their city vehicles behind at the end of the day, they are being allowed to drive those vehicles to the classes, with the city paying for the gas. 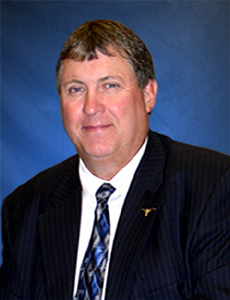 Overall, the program will have a price tag of between $3 and $4 million over the next six years, nearly all of it in forced overtime. “We’ve got new computers being installed in our work vehicles, so I understand the need for us to be up to speed on how to use them,” explained one inspector who asked that his name not be used. “I also understand that new products are constantly being developed that are being used in infrastructure — roads, curbs, water runoffs — that we inspectors need to stay abreast of. But we normally do that with a one-day training course now and then. What we’re being asked to do here is take three to four years of college work. … No, we’re being told we’ll be fired if we don’t submit to three or four years of college.”

Another inspector who didn’t want his name used (no one in this entire story wanted their names used) explained that “they’re saying it’s for our benefit. But I’ve got kids. I have to leave work at 4:30 to get to class. I leave at about 10. I’ll get home after 11 and then have to be at work the next morning. Twice a week, 30 to 35 weeks a year, for the next four years. You think that’s not going to affect my kids? But what can I do? If I don’t do it, I’m out of work.”

A copy of the memorandum of understanding from the engineering department that the inspectors must sign makes it clear that the inspectors are not exaggerating. All inspectors, including supervisors, have “three years to complete all developmental and Level 1 courses. Failure to do so within this timeframe will be grounds for termination,” the memo says. It then explains that extra time will be allowed for higher levels of coursework, up to a total of six and a half years to complete all four levels of the program. Failure at any level results in termination. Following completion of the training, the memo says, all inspectors except those who retire must continue to work for the city for two years — or reimburse the city for the entire cost of the program.

That cost will be substantial. The city is paying TCC $50 per course credit, plus other fees and books that will put the total tab at roughly $4,500 per inspector, according to Rademaker’s office. “It’s simply not right,” noted a third inspector. “We’re forced to take these courses. Then if we fail for any reason — say we get sick or something — we suddenly owe the city several thousand dollars on top of being fired. And we’ve got to sign a letter of agreement to that … or we get fired right now.”

The biggest cost of the program will be overtime pay of $30 to $35 per hour. During the initial eight-week session, inspectors were paid for 10 overtime hours per person per week. The total figure for 63 inspectors for 30 weeks annually will be roughly $570,000. The first four years, required of everyone, will cost about $2,280,000. Adding in class costs of nearly $300,000, the use of city vehicles and gas, and program administration (each student’s progress will be monitored by the engineering department, and some of the courses are still being developed), the tab for taxpayers will easily reach more than $3 million.

All of that might be justifiable, if the heavy coursework was needed to help the workers do a better job of inspecting public works projects. But inspectors and others questioned whether that is the case. The curriculum does include 10 construction-related courses, in everything from cost estimating to reading blueprints to maintaining pavement — lessons that inspectors say could probably be handled in a day or two of classes in each subject. But the program also includes 15 weeks each in speech, arithmetic, developmental English, developmental writing, reading techniques, English composition, and business communication.

In his e-mail to the Weekly, Rademaker said those courses were included because “the city has determined current basic and technical skill set levels of its construction inspectors are not uniform and in some cases not at levels desired.” In the same letter, Rademaker touts his program as being “the first in the nation and will serve as a model for other municipalities … which will result in setting the national standard for municipal construction inspection.” Hogwash, said the inspectors. “Let’s be honest,” said one senior inspector. “This program is being done because Rademaker wants to start a national program that will have his name on it and get that feather in his cap.”

Calls to several cities in Texas and other states proved Rademaker right in that no one else has a similar certification program for inspectors, who traditionally come out of the construction industry. The only city in Texas that appears to have any program at all is Houston, where inspector candidates take a six-week course, of four hours a week, in basic inspection techniques. According to J. Timothy Lincoln, head of the construction branch of the Houston Department of Public Works, “The course is in-house generated and teaches people about city contracts, the types of inspections they’ll do, that sort of thing.” Other than that, he said, the workers inspecting streets, stormwater systems, and other basic infrastructure must have a high school diploma or GED and a minimum of 18 months of experience related to inspection work, “which would be as a road builder or in some other construction field.”

Told about the 69 college credits the Fort Worth inspectors are being required to take, Lincoln laughed. “We have no post-high school course requirements that any inspector has to take from any institution,” he said. To a man, the inspectors who spoke with the Weekly applauded the idea of continuing education. What they’re against is having their lives interrupted in a significant way for several years under threat of termination when most of them — more than 50 of them — are over 40 years old. Many have more than 20 years on the job. And several will retire either before they finish the Level I and II courses or before they can do their two years post-certification work with the city. “We’ve got a guy retiring in June who has to do the spring semester or he risks his city pension,” said one disgusted inspector who himself is due to retire in less than four years. “On the other hand, if they’re going to screw me like this, let them. I’ll do the program, and with all the overtime, my pension will probably increase by $400 or $500 a month since it’s based on your last three years’ work. And you’re going to be paying me and a whole lot of guys that for the next 20 years.”

He added that he fully anticipates his productivity on the job will drop considerably as the weeks go on. “We tried to explain that he [Rademaker] is going to have inspectors studying on the job, rather than doing the job. And he’s going to have people so exhausted that they’ll be doing a lousy job. And he’s going to have angry employees — who never do a good job — because they have to give up coaching Little League or their bowling team, or not be with their wives or kids when they’re sick. What about the guys who are single parents? Who’s going to be checking their homework if Daddy’s gone to school 12 hours a week and then has 12 hours of homework? We’ve explained that, but no one wants to hear it.”

Several inspectors said that when the program was announced, Rademaker stood in front of his entire inspection crew and said “And if you don’t like it, there’s the door.” One high-level inspector noted that while his people would quit if they could, “so many inspectors have 25 years and are so close to retirement [that] they have to lie down and get walked on.” Several inspectors said they’d been told that the city lawyers had looked at and approved the agreements that the inspectors are being required to sign. But no one in the city attorney’s office admitted to having made that decision. Neither Rademaker’s direct supervisor, Assistant City Manager Marc Ott, or City Manager Charles Boswell returned calls concerning the program.