Home Music Music Feature The 2006 Tally
SHARE
Facebook
Twitter
Fort Worth isn’t the same place it was as little as five years ago. It’s more populated and developed, sure, but, more importantly, it now has an impenetrable resistance to being casually referred to as Dallas’ little brother. Some musicians and club owners have seen the shifting landscape as an opportunity, to either start new projects or, sadly, leave town (or the land of the living). Other scenesters seem to be waiting for the dust to settle before making any sudden moves. In my highly impeachable estimation, we’re poised to lose more than we’ve gained. 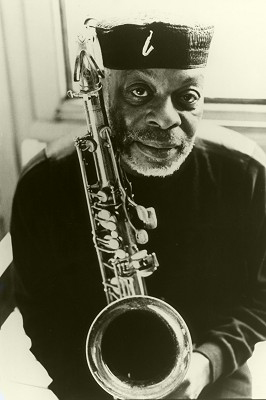 On the credit side of the ledger, entry No. 1 is the sheer number of good new bands: The February Chorus, Tame … Tame & Quiet, The Red Herrings, BigShott (the rapper displaced by Katrina), PPT, Stella Rose, The Red Herrings, The Great Tyrant, Wonderful Façade, The Fellow Americans, The Iliads, and a few more. Whatever you’ve heard about a dearth in talent here has been greatly exaggerated.

No. 2: The Metrognome Collective. Though the multi-purpose art space has been temporarily shut down by city inspectors, there’s no reason to believe that it won’t re-open — and soon. Considering all that the group’s stewards have already been through to not only get the place open but also make it a destination, dealing with Fire Marshal Bill should be a walk in the park. The weather’s crappy anyway, and everybody’s getting ready to go back to school, so maybe the closure’s timing is a blessing in disguise.

No. 3: the Speakeasy. We can’t tell you where it’s located for fear of inciting the wrath of Fire Marshal Bill, but if you’re interested in hanging out, listening to live music, and partying after-hours in an Eastside basement, you probably already know the latitude and longitude. Normally endemic to progressive cities, the concept of the after-hours club has firmly infected the Fort, to the pleasure of culture vultures across the 817. I can’t imagine life without one now.

No. 4: the re-opening of The Bluebird and the rebirth of the blues. No offense to J&J’s Blues Bar and Texas Roadhouse, Stumpy’s, 6th Street Live, or wherever else the blues go pop, but The Bluebird, once owned and operated by canonical Fort Worth bluesman Robert Ealey (R.I.P.), has the potential to reverse the ebbtide of bluesmen leaving for outta-town gigs. The Como nightclub has history too, the kind that doesn’t come from autographed photos or dirty furniture. Some rooms were simply made for mojo-cizing, and in North Texas, The Bluebird is it.

No. 5: jazz, and we’re not talking just at the Black Dog. On the second Tuesday of alternating months, pianist Jhon Kahsen gathers a small informal group of some of Cowtown’s premier jazzbos at Sardine’s Italian Ristorante to travel the sonic spaceways as the Anarchestra. Regular sitter-inners include Joey Carter, Chris White, and Chicagoan drummer Joshua Manchester. Elsewhere, the jazz renaissance is manifest in the Cowtown Orchestra, led by former Louisianan drummer Adonis Rose. With the success of Jazz By the Boulevard, I expected a gradual shift toward the nice and easy. And while the Cowtown Orchestra is easy though not necessarily nice, who would have thought that forces like Kahsen would have pushed back against the possible insurgence of saccharine. In any event, we’re glad he did.

No. 6: Jack’s Off the Wall. The prettiest place near downtown is also a good spot for live, original, local music. Even if the bands don’t always match the quality of the room, any night can be a good night at Jack’s.

No. 7: respect. If I may, allow me to use SXSW as a cruel gauge and note that the number of Fort Worth/Tarrant County bands selected to perform at the annual Austin music festival has steadily increased every year over the past five, from one in 2002 to a half-dozen last year. The degree of respect we get from the rest of Texas is still less than we deserve, considering the talent here, but on the plus side, the respect that does come our way is not gratuitous, as it is toward the Live Music Capital of the World. Local bands, by all accounts, are no longer discouraged from hiding their hometown from discerning club owners in Denton and Big D.

On a related note: Does your lid, like mine, flip every time you watch a North Texas band relocate to Austin and experience an up-tick in hipster status? Bands that are mediocre here become Next Big Things in the Central Texas media market. (Yes, I’m talking about you, Faceless Werewolves.) As if a zip code were an indicator of quality. Makes you wonder why every aspiring local band in the country doesn’t just pack up and move to New York City or L.A. — the zip codes there, I hear, are especially magical.

The cream always rises, people. Don’t let false advertising fool you. Over the past few decades, Austin has produced as many great indie rock bands as Minneapolis, Detroit, Philadelphia, D.C., and some other comparably sized cities. Doesn’t exactly inspire you to load up the U-Haul and spread roof up in the frozen North, though, right?

In the debit margin, our first entry is Dewey Redman. OK, so the legendary jazz saxophonist left Fort Worth for New York decades ago, and the only leaving he did this year was from Earth to the Great Hereafter. But Redman was born and raised here, and his death deserves acknowledgment. Early next month, some jazz community do-gooders are holding a memorial concert for him, one of Cowtown’s two — count ’em, two — visionary sax-men. The other, Ornette Coleman, is 70 years old and still kicking. He lives in NYC too, duh!

No. 2: A-Hummin’ Acoustical Acupuncture. Daniel Katsuk and his band of merry pranksters decamped for the wilds of Colorado and left a huge void in the neo-hippie scene. Winner of multiple Fort Worth Weekly Music Awards in 2005, Katsuk and Triple-A helped foster an increased awareness of trippy acoustic-based tuneage in our neck of the woods. You gotta wonder if similar local outfits, like Darrin Kobetich’s Electric Mountain Rotten Apple Gang and his project with Fort Worth Symphony Orchestra violinist Steve Huber, bossa nova-ish groove monsters Sleeplab, or Confusatron, would have done as well had not Katsuk been so successful. And cool.

No. 3: Malcolm Mayhew. On his way out the Fort Worth Star-Telegram door, the 15-year vet had begun phoning in his columns, but he was still a talented wordsmith, knew a lot about every type of local music, and imbued local artists with the kind of sought-after legitimacy that can be gleaned only from a daily paper of record. A shame then that, according to an insider, he won’t be replaced.

No. 4: Black Dog Tavern. Since its relocation from the outskirts of Sundance Square to the West Seventh Street area, the Dog has lost its mojo. Period. You have to admit that part of the old location’s charm was born of a mix of clandestine behavior, the distinct aroma of cigarettes and stale beer, and just a hint of danger. (“Is my car gonna get broken into tonight?” “Am I gonna get accosted by a panhandler and/or hoodlum?” “Is that gross creep at the end of the bar giving me bedroom eyes?”) The new joint was handicapped from the start, and until it gets up to speed, it will continue only to remind regulars just how awesome the original address was.

No. 5: Axis. The venue is under new management and remains in operation, as a hip-hop club. But in a town with only one conventional venue (Ridglea Theater), the Axis provided a nice alternative. Too bad its less-than-prime location on the South Side proved to be too much to overcome.

No. 6: local bloggers. Stop cutting in on my business, and, for you readers, here’s a word to the wise: Never trust a media source that isn’t compelled by professional ethics to fact-check its information. Like The New York Times: Read it for its value as accidental entertainment.

No. 7: Valhalla. No sooner did the three Yanks land on our yellow St. Augustine than they were off to Los Angeles. I guess we should be glad we still have The Burning Hotels.

While we were sleeping, Fort Worth turned into juicy real estate. True, I’ve heard enchanting tales of conscientious developers, but I have yet to see one. From where I’m standing, I bet that — oh, say, 50 years from now — we’re all going to look back on commercial and residential developers as the snake oil salesmen of the 21st century, smooth talkers who swooped into unsuspecting neighborhoods and promised everlasting health and wealth to the starstruck plebes who ate up the gourmet bullshit like starving goats. After a year or two, when the dust settles here and we yokels gaze around and are confronted by dozens of tidy horizons of beautiful, breathtaking — and empty — buildings and apartment complexes, we’ll realize that, hey, things were moving along just fine the way they were. But it’ll be too late. The developers will have already flown the coop and taken their song and dance to the next enclave of suckers — and we’ll still be paying for the limos, $50 steaks, and PowerPoint presentations.

In a mutating town like Fort Worth, your average, workaday scenester can do one of two things: react or observe patiently. The musicians are affected, yes, but only as a byproduct of the pressure put on club owners. Intrinsically tied to real estate as they are, they have the most to gain and the most to lose.

Regarding the Big Three rock clubs: The Ridglea Theater isn’t going anywhere any time soon, and the TCU-anchored Aardvark may soon be the beneficiary of the expansive beautification program under way near West Berry Street. But The Wreck Room will soon be known as the Wrecked Room, which is no news to owner Brian Forella, who’s been working on Plan B for a couple of years, ever since he first heard the faint, ominous rumble of Progress heading his way. Word on the street is that he’s currently on the hunt for another spot for his beloved factory of rock.

In the meantime, he’s busying himself with an investment that no doubt presented itself during the quaking of the cultural tectonics downtown. Knowing Forella personally, I doubt that he would have started the tony, popular nightclub Embargo, or at least not as quickly as he did, if the Wreck had been promised asylum from the wrecking ball. I also think that if left undisturbed, the Wreck would have stayed in its current West Seventh Street address until the apocalypse. The room’s reputation is that known and that legendary. A shame it has to go.