Exciting news, folks – Interstate 69, a proposed Texas-to-Michigan road that’s part of the Trans-Texas Corridor, may get built even quicker than expected! Well, gosh, that’s a relief.

According to Keep Texas Moving, a newsletter from the Texas Department of Transportation, the TTC arm that would reach from Laredo to northeast Texas has been placed by federal transportation gurus on a short list for fast-track development.

Whew – Static was worried that Texas might forget itself and fund some regional or statewide public transit, but just in time, we’ve found a way to spend those dollars on more concrete. And another fast-track! When you combine it with the fast lane that our Guv put the TXU coal-fired plants in, it just makes you realize how modern and efficient our state is – we can get things done by government fiat regardless of how many actual citizens, air breathers, land owners, farmers, ranchers, mayors, business leaders, and environmentalists (like they matter) oppose it. But what do you expect from a co-opted governor who bows at the altar of the energy industry and disputes the existence of global warming, even when his incessant use of hairspray is rumored to have burned away much of the ozone?

TxDOT, by the way, says all those alarmists are wrong when they claim that no-compete clauses in the contracts with foreign companies to build (and charge tolls on) the TTC would keep free roads in the same areas from being maintained or improved (“Detours on a Super-Highway,” Jan. 10, 2007). The newsletter says “absolutely not!” If a road or an improvement is already in the 25-year plan, TxDOT says, it will be built – as will any improvement for safety. And the state can build whatever “competing” road projects it wants – as long as it compensates the foreign company for anything that cuts down on traffic on the privately run toll roads. So, let’s see – that means we either pay the potentially outrageous tolls directly, or we go around on free roads and let the state pay tax dollars to compensate the poor mega-corporation.

And speaking of the coal plants, Static got a good laugh out of a stunt pulled off last month in New York City. AlterNet, the Global Youth Climate Movement, and other online sources reported that the “Billionaires for Coal” (actually, members of the Rainforest Action Network in disguise) donned tall top hats with TXU logos and delivered suitcases of coal to the Manhattan headquarters of Merrill Lynch. The idea was to put pressure on that and two other financial giants – Morgan Stanley and Citigroup – to back off their agreements to arrange the $11 billion in financing that TXU needs for its 11 proposed carbon-dioxide-belching plants. The Rainforest group is pushing banks around the globe to support efforts to stop global warming.

So on Wednesday, Feb. 21, – maybe as you read this item – RAN was planning another appearance by the sooty “billionaires.” They were planning to put their top hats back on and have lunch with – or perhaps ruin lunch for – the Merrill Lynch big boys in San Francisco.

The consensus on global warming, its dangers, and the part that coal-fired plants play as greenhouse-gas culprits is so strong that, according to AlterNet and RAN, a number of banks around the world, including Bank of America, are responding, pledging to become “carbon-neutral,” and undertaking initiatives to combat the problem.

Real billionaires, it seems, do have hearts – especially when they understand an issue’s connection to their pockets. 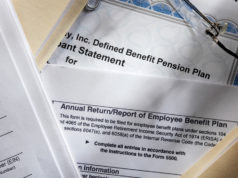