Home Music The Show Cute is What We Aim For
SHARE
Facebook
Twitter
This week, thousands of bands will be crisscrossing the Metroplex on their way to and from the annual SXSW Music Festival in Austin. 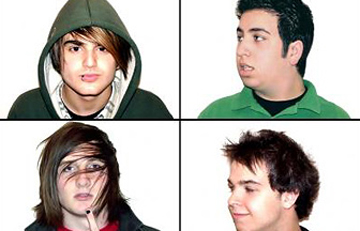 Local promoter Ted Cromer will be taking advantage of the situation by lassoing some of the passers-through to perform at the inaugural Ridglea Music Festival. Think of the four-day festival that begins tomorrow (Thursday) as SXFW.

More than 100 bands from all over the map, geographically and musically, will alternate on two lower-level stages and the theater’s upstairs lounge. Local representatives range from Plano’s hardcore act Dorian Grey to Fort Worth’s indie-popsters Green River Ordinance.

As for national acts, don’t miss the thick rhythms and hypnotic guitars of Hydrahead Records’ proto-psychedelic Pelican, on Saturday. On Sunday, catch up with smooth Dallas balladeers The New Frontiers.

An event more focused on melody than previous hipster-friendly North Texas gatherings, Ridglea Music Festival features a lot of bands headed for a broadcast tv teen melodrama near you, like Cute Is What We Aim For and Goodbye Tomorrow. Further proving that “indie” doesn’t preclude “pop appeal,” Austin’s J Price will also be in town Saturday afternoon.