Home Arts Stage Holy Water
SHARE
Facebook
Twitter
A performance last Saturday of Rossini’s Petite Messe Solennelle was a change of pace from the traditional fare that makes up the bulk of the current Fort Worth Opera festival. 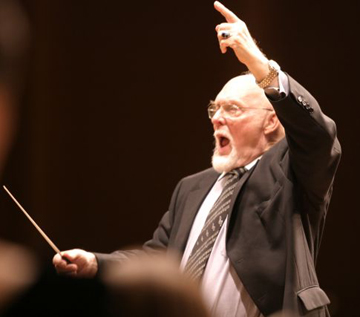 Sponsored by the Van Cliburn Foundation as part of its Cliburn Concerts series, FWO’s “Little Solemn Mass” was spare and more about music than musical drama. Rossini wrote many popular stage works. Some, such as The Barber of Seville and Cinderella, have become repertory staples. But he abruptly retired at the age of 37. Broken in health, and refusing to embrace new musical styles, he lived another 30 years writing smaller pieces that he dubbed the “sins” of his old age. His mass is one of his last. A musical curiosity rather than neglected masterpiece — scored for a chorus of eight (16 were used here), four soloists, two pianos, and harmonium — the almost-90-minute piece rarely sees the light of day. (Afraid that someone might be tempted to orchestrate the accompaniment, Rossini himself wrote a full score that is never heard.)

Unlike his earlier Stabat Mater, with its dazzling vocal solos and operatic flourishes, the mass is subdued and introspective. There is nothing here that any well-trained voice can’t handle. And the soloists were all above average. Soprano Angela Turner Wilson, seen here before as Elvira in Rossini’s Italian Girl in Algiers, shaped her solos with instinctive musicality, although her sound on top has an unpleasant edge. Tenor Scott Scully, the Chevalier in Dialogues of the Carmelites a while back, has a clarion tenor that was welcome in his brief solos, and baritone Ryan Taylor, the Sharpless in the festival’s current production of Madame Butterfly, wowed this listener with his heroic top and middle range. But the honors go to mezzo-soprano Robynne Redmon, whose nobility and passion in the Agnus Dei brought the mass to a gripping close. She was also a thrilling Adulgisa in the company’s Norma a couple of season ago. While the mass is not major Rossini, TCU’s Ronald Shirey brought style and clarity to the music, especially the hushed opening of the Sanctus and the majestic closing pages of the piece. The pianists were Jon Nakamatsu, 1997 winner of the Van Cliburn International Piano Competition, and Fort Worth Symphony staff pianist Shields-Collins Bray. Nakamatsu had the bigger assignment, bringing drama and sensitivity to his playing, and Bray held up his end with equal finesse. What you could hear of the harmonium, a small, wind-powered reed organ, was played by Janet Pummill. Modern protocol seems to permit singers in this kind of setting to drink bottled water on demand. Both of the sopranos hit the bottle regularly, which is distracting, looks tacky, and creates an air of rehearsal in what should feel like a finished performance.