Home Music Listen Up Dylan Sneed
SHARE
Facebook
Twitter
About a year ago, young Dallas songwriter Dylan Sneed decided to flip the ratio of time spent working his corporate job and time spent making music. The fact that he felt he had been, in his own words, “surplussed” at work was merely added incentive to escape Cubicleland. 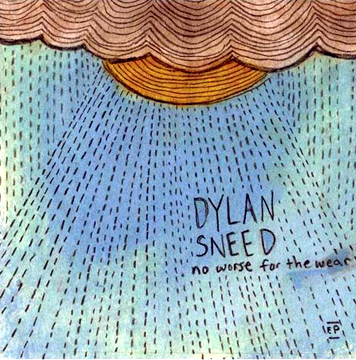 Since then, he has been a juggernaut. He has just returned from his first national tour and has penned scores of new tunes, including the charmers on his new e.p., No Worse for the Wear, which is hands down his best effort yet. The disc is a strong, clear-eyed collection of snapshots of life and faith sans conventional godly sledgehammer devices. Sneed’s approach to songcraft is graceful and no doubt heavily inspired by Paul Simon, Woody Guthrie, and a few other giants of hearty folk music. His saccharine-free lyrics and honey-grained vocals are what distinguish Sneed’s handiwork as his own and keep it from being the least bit imitative. Several Texas stalwarts make contributions here. Katy Rose Cox and Allison Rogers provide expert vocal accompaniment, Cox serves up superb and reverent fiddle lines, and Steven Collins, from Dallas-based Deadman, lends his electric guitar, keyb’s, and vocals.

Even though No Worse for the Wear is an e.p., it’s epic. Listening to it gives you the feeling of peering into an articulate, worldly person’s thoughts as he contemplates Big Ideas. However, even epics have their peaks and valleys. A couple of solid songs here come off as merely incidental, especially “Killin’ Time,” the shortest track on the album but one of the most infectious, with its swirling violin notes and Sneed’s compassionate, plaintive delivery. It leaves the listener longing for more, which perhaps may have been Sneed’s intent all along. -Tom Urquart