Lil’ Brian’s music is a mix of zydeco and contemporary urban grooves — he calls it “Z-Funk.” 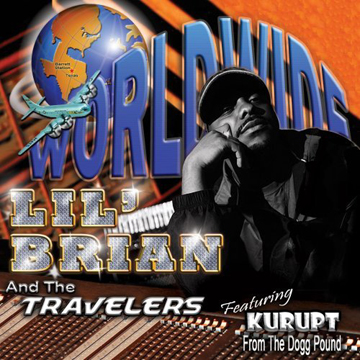 On his fourth album, Worldwide, the beat is big and bone-rattling enough, the Dogg Pound’s Kurupt contributes a few rhymes, and words such as “yo,” “dis,” “dat,” and other mostly clean bits of hip-hop patois pop up to keep the kids interested. With his infectious playing — which fuels the range of styles on display, from James Brown-style soul to funk to reggae — there’s something here for everybody. On “Jam, Y’all,” Lil’ Brian and the Travelers sing, “We don’t want to be traditional / We just want to jam.” He wields his accordions, both the large piano-note version and the old-style diatonic, like the party machines they’ve become. While his singing is adequate, the “organ on his chest,” as he calls it in “You Talk About Me,” bounces. Even the stale standby “I Shot the Sheriff,” one of a dozen house-rockers on the disc, is listenable in Lil’ Brian’s hands.

Lil’ Brian (né Brian Terry) hails from tiny Barrett Station in the middle of Southeast Texas’ zydeco country. He used to spend summers in Louisiana learning from zydeco legends John and Geno Delafose, and has a tattoo of mentor Stanley “Buckwheat Zydeco” Dural’s accordion on his right biceps. While Lil’ Brian’s “Z-funk” claim is an obvious play on George Clinton’s “P-funk,” the little one is funky all by hizzown self. He honors tradition while seamlessly welding musical styles together instead of trying to tack one onto another.-Tom Geddie