Smoothvega, back-to-back winner of best rap/R&B artist in our annual Music Awards (2006, 2007), wants to make one thing abundantly clear: He is by no means a “gangster rapper.” 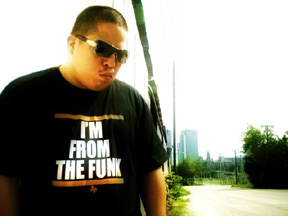 The 22-year-old Fort Worth native, born Lorenzo Zenteno, speaks emphatically about the nature of the rap music world and his unique role in it. “So many artists are about image — not real life — and that’s what I can’t relate to in rap music right now.”Yes, his music is bass-heavy and his lyrics are aggressive, but Smoothvega has been through enough to be able to differentiate fantasy from reality. The teetotaler tells aspiring rappers, “The best way to be successful is to be positive.” It’s not always easy. In 2005, Zenteno and his wife Angela’s son Alexander was born four months prematurely — he died two hours after the delivery in his father’s arms. “When [Alexander] passed, I realized things were small,” Zenteno said. “Nothing is promised, and I didn’t want to hear rappers arguing about petty things.” Less significantly, Zenteno spent some grueling years in the School of Hard Rap Knocks. “People who had been around music knew I was naive, and they took advantage of me,” he said.

Undeterred by getting ripped off by so-called engineers and producers, he embraced the mantra “intelligence over ignorance” and began studying the business and technical ends of the industry. His knowledge resulted in his debut, 2005’s Unbreakable, and, toward the end of 2007, will result in a new album, 3.10.85 (after the date of his birth). Recorded over two years and engineered by Dallas’ Milad Nazeri, 3.10.85 features contributions from some heavy-hitters, including California’s Chino XL and the first Latin rapper ever to be signed by Motown Records, Sinful. Though Zenteno has been through some hard times, he never doubted he would achieve success. “I did everything I could to make what I wanted possible.”

Zenteno’s parents are both Mexican immigrants, and he credits them with teaching him to “work smarter, not harder.” They didn’t approve of his initial forays into the then-unprofitable rap game (nor did they approve of the word “smooth” shaved into his head). Though they eventually warmed up to the idea, 3.10.85 includes “Apology Letter,” Zenteno’s my-bad to his parents “for not being the perfect kid.” An aspiring lyricist since junior high on the North Side, Zenteno took a school security guard up on her offer to trade studio time for good behavior. “I was a church rat,” he said with a laugh, meaning that he was a good boy. “Nobody saw me for a month.” As a youngster, Zenteno struggled to find hip-hop artists who embraced positivity. One of his favorites, Tupac Shakur, was an admitted gangster and womanizer, but he at least touched on socially controversial issues. Closer to Zenteno’s heart, though, is Chamillionaire, the self-made international rap star from Houston.

No matter who you are, Zenteno said, promotion is key. Zenteno is heavily into www.myspace.com/smoothvega, and his web site, www.smoothvega.com. “People mistake presentation for arrogance,” he said. “But you have to put it in front of people and let them draw their own conclusions.” (Years ago, as an employee at a fast-food chain, Zenteno often wrote the name of his web site on the backs of customers’ receipts.) All Zenteno does now is music. When not writing, recording, or performing, he’s putting on Total Pandemonium, an all-ages hip-hop and dance event that takes place regularly at area clubs. Zenteno is not bragging when he says that younger people look up to him. “What example do I want to set?” he said. “I want to influence the future generation in a positive manner.” Total Pandemoniom, he said, has the potential to keep teenagers “off the streets.” The new album is attracting some attention from record labels, but Zenteno likes the independent course he has enjoyed thus far. “At the end of the day, I feel confident in my vision,” he said.