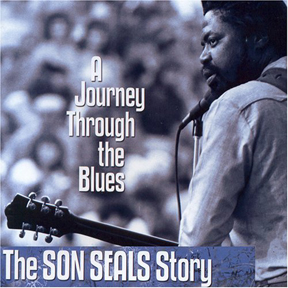 Aided only by plain ol’ electricity, the group manages to slightly modernize the style that helped tell the tale of early American life so that it resonates from the back roads to the ’burbs. Four of the group’s six members share vocals, and they sing plaintive, O Brother, Where Art Thou?-ish songs of fruitless love and other emotional and physical perils. Most of the singing on I’ll Follow You, the band’s fourth album, is done by Oakley Hall’s two female members, guitarist Rachel Cox and fiddle player Claudia Mogel. As a result, all 12 of the songs have a sweet, breathy, ghostly feel. The album has a lot of depth. At some moments, it’s sparse, as on the slow, mostly a cappella “First Frost,” where Cox’s unflashy medium-range voice laments the onset of winter. At other times, though, I’ll Follow You is hard driving. For example, the only thing that softens the otherwise intense rhythms of “No Dreams” is the complex vocal harmonies.

The songs vary in pace and arrangement, which is probably a byproduct of the band’s penchant for integrating so many different elements of country music. Cox and company also excel at leaving space for each member to contribute his or her own stylings. Perhaps the most distinctive voice here belongs to guitarist Fred Wallace, whose hypnotic tones, dynamic string picking, and easy, undulating lap-steel notes sometimes threaten to propel entire songs into psychedelic territory. Wallace’s fretwork may be the sole reason Oakley Hall was asked to join Merge Records, an indie label composed mainly of soft mod-rockers. Otherwise, the band, whose songwriting is done primarily by Cox and guitarist Pat Sullivan, might be on a trad-country label like Skaggs Family Records. In any case, Cox and Sullivan used to busk on subway platforms in New York City. If Oakley Hall’s feathery nuances worked there, they can work anywhere.-Caroline Collier