Chow, Baby was very excited a few years back to learn about umami, the “fifth taste,” rounding out salty, sour, sweet, and bitter.

Umami (Japanese for “delicious flavor”) is the rich, savory mouth-feel produced by glutamate and related compounds, and it’s bursting in foods like Roquefort and other aged cheeses, tomatoes, shiitake mushrooms, asparagus, aged rib-eyes, a nice shiraz – in short, the ingredients of Chow, Baby’s death-row meal. Once Chow, Baby got over saying this word in public – it’s pronounced “Oooh mommy” – it figured, case closed. Umami is unarguably the perfect taste; we don’t need any more.

Ah, but we live in exciting times. The tongue can conduct many other sensations, most of which we won’t get into here, but recently (well, 2005), a couple of French researchers discovered taste receptors for fatty substances. In rat tongues, of course, but close enough. And there’s been a longstanding debate over whether spiciness, as in chili burn, should be promoted from a sensation to a basic taste. Clearly, more scientific research is needed. In search of fatty hotness – well, Chow, Baby doesn’t have to leave home for that, but it headed nonetheless to Esparza’s (124 E. Worth St., Grapevine). 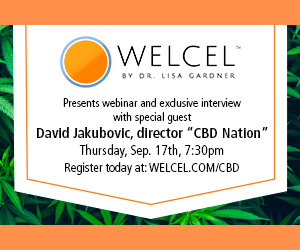 There’s probably a stupid rule about not getting tipsy while conducting scientific research. And normally Chow, Baby doesn’t drink on the job, being perfectly capable of giggling, flirting, and falling asleep on the table without costly chemical assistance. But succumbing to the temptations of a bad-influence lunch companion and Esparza’s justifiably famous frozen margaritas ($4) helps explain why Chow, Baby enjoyed its meal so much, though the food wasn’t that fatty, wasn’t that spicy, and – perhaps relatedly – wasn’t a taste sensation. The cuter-with-every-sip waiter claimed the guacamole ($3.79) was made to order, but the lackluster data suggested he may have misunderstood Chow, Baby’s slurred attempts at speaking Spanish. (This came up later, too, when he thought Chow, Baby wanted a Camaro. As if.) Warm salsa served with not-warm chips was excellent – chunky, a little sweet, nice overtones of cilantro and garlic – but didn’t have the heat Chow, Baby was seeking that day (go-jar, $3.49).

Esparza’s lunch specials ($6.29-$8.99) are the standard one-of-this-and-one-of-that, plus pseudo-Spanish rice and good fatty beans. The wittier-with-every-sip companion chose #9, an OK but not bursting soft chicken taco and a rather odd but umami-rich tortilla soup overstuffed with zucchini chunks and so thickly capped with Mexican cheese it looked like French onion soup. Chow, Baby’s Sonora dinner ($7.99) held a dry chicken enchilada with bland sauce and a gooey-good cheese enchilada with weird sauce. The camarones al mojo de ajo ($16.99), normally one of Chow, Baby’s favorite Mex dishes, had no mojo whatsoever; the garlic could be glimpsed but not tasted, and the rice could find no flavorful juices to sop up. Also the shrimp were overcooked. Yes, yes, it’s hard to cook big shrimp just right; that’s why Chow, Baby pays other people to do it.

But one can have a great lunch even without great food, and theoretically even without an Everclear-fueled margarita. Esparza’s is in a renovated and added-onto Victorian-era house in Olde Grapevine, and has a comfortable rambly feel. The water-glass-refiller was on the ball. The companion told amusing stories. The prices are within Chow, Baby’s budget. All in all, Esparza’s left a savory aftertaste.