Home News Metro Changing of the Colors
SHARE
Facebook
Twitter
In recent years, Tarrant County has become something of a star in the Republican crown: Among urban counties with more a million in population, no county usually votes more heavily Republican than Tarrant, usually by about a 60-40 difference. 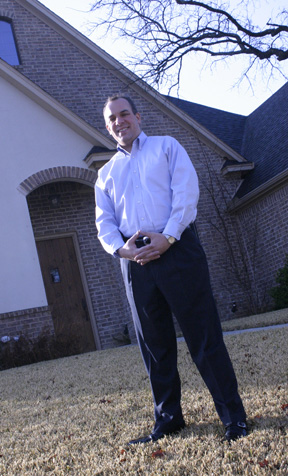 Not surprising, then, that there have been very few countywide Democratic officeholders here since the 1980s when Republicans took over and that very few Democrats even bother running. One of the reasons for this (aside from conservative vs. liberal values) is the lack of a large database of Democrats. Primaries are where these lists are cultivated, and when primary turnout is small, there is little to build upon. Add in the fact that past Texas presidential primaries have been held late in the season, when the votes had little meaning on the national stage, and the numbers of potential Democratic voters that the party can contact – for donations, volunteer work, or anything else – becomes even tinier.

But in the Democratic primary earlier here this month, Tarrant County Democrats got a big gift from above. The tight race between Hillary Clinton and Barack Obama produced a turnout that crushed previous records. Nearly 200,000 people – about one-fourth of all registered voters – went into local booths and voted on the “D” side. Republicans didn’t fare too poorly, turning out about 100,000 voters. But it’s unheard of for Democrats to have twice as many primary voters as the Republicans – and the totals may affect local elections for years to come. If Tarrant Democrats are able to establish a relationship with these Obama and Clinton supporters, they may have the numbers to significantly challenge Republicans in local races that had been previously uncontested.

The key challenge facing Tarrant Democrats is to define who these voters are. Are they new voters with no history with the party, or are they Democratic voters who have traditionally stayed away from primaries because there were rarely any meaningful, contested races on the ballot? “Something motivated these individuals to go out and vote and to go out and caucus,” said D.J. Johannessen, a local Democratic campaign consultant. “There is an opportunity to engage these individuals and ensure they are kept as part of the process.” Johannessen believes about one-third of the Democratic primary voters are new to voting in any primary.

This year’s Dem turnout eclipses other recent years when there were interesting state and local races on the primary ballot. In 2002, former Dallas Mayor Ron Kirk was running for the Democratic nomination for U.S. Senate against popular teacher Victor Morales, while south Texas banker Tony Sanchez was in a tight race with former Texas Atty. Gen. Dan Morales for governor. But in Tarrant County, the Democrats drew only about 36,000 votes, about the same as the Republicans, who had few contested races. In 2004, the turnout numbers were about the same. In 2006, the Democrats pulled just 14,000 primary voters to the polls, while the Republicans had 44,000. Local Democrats were in a deepening hole with no resources for digging their way out and no way of building such resources quickly. Now they’ve got resources aplenty.

Primaries, of course, are the only elections in which it’s possible to tell, just by buying voter lists, who’s voting for which party. So the Democrats now have about 200,000 names, and those numbers can change the approach the party makes for local races. Steve Maxwell, who was elected as the Tarrant County Democratic Party chair during the primary, said the 200,000 names will translate “into more money raised, more volunteers for candidates, and a top-to-bottom organizational structure that we have lacked. If we engage these voters to support local Democrats, we will win countywide races because we will have the numbers.”

Chris Turner, 35, the Democratic candidate for District 96 in the Texas Legislature, may be one of the first beneficiaries of the primary vote. Turner, the former district director for U.S. Rep. Chet Edwards, is running against three-term incumbent Bill Zedler in a district that includes Arlington, parts of Fort Worth south of I-20, and smaller towns in between. Even though many voters stopped marking their ballots this month before they got to the state legislative race, about 17,000 people still voted for Turner – within striking distance of the 19,500 votes for Zedler in the 2006 general election. “I understand people who say that 10,000 people never made it down to our race on the ballot means they cared only about Clinton and Obama and will be nothing to us in the general election,” Turner said. “But this district is changing with [ethnic] diversity, and for campaigns that is the change that is most difficult to get your arms around. But we are going to have a presidential candidate on the top of the ballot who is going to draw many voters, and we expect with the proper campaigning, we can take advantage of that locally.”

Tarrant County District Clerk Tom Wilder, a Republican, said the primary turnout should have little effect on local races. “These may be people who have voted Democrat in general elections but never voted in the primary,” Wilder said. “The proof will be in straight-ticket voting. [Republicans] have been beating [Democrats] on the straight-ticket ballots by a two-to-one margin, and that is a big hill for them to climb.” Still, he said, “We will continue to keep an eye on this, as these numbers are very different from anything either party has seen here in the past.”  Maxwell said many potential local Democratic candidates are expressing remorse that they did not get on the ballot this time around. “I am already getting calls from possible candidates [saying] they wish they had run as a Democrat this year, and they will certainly be running two years from now,” Maxwell said. “In the past the Democratic Party has had a hard time fielding candidates because most didn’t want to just be a sacrificial lamb. But that is changing, and in Tarrant County, we are right on the cusp of that change.”

Nancy Moffat of Southlake, a former state representative who is running for the District 98 seat, thinks the ebb and flow of politics is pushing voters back to the Democrats. “Regardless of who wins the presidential nomination, we are going to have excitement in November that trickles down to local races,” she said. “This is all about what goes around comes around,” Moffat said. “Reagan came in with a promise of change in the ’80s, and so many middle-of-the-road Democrats and independents went with him. But things have swung too far, and these same people aren’t real happy with the Republican Party these days. Democrats at national and local levels have to be aggressive now, because the timing couldn’t be better.”