Here’s what I remember of Derek St. Holmes: listening to “Stranglehold” over and over while doing curls with red Kmart weights in front of a full-length mirror in my stuffy attic bedroom nine million years ago. 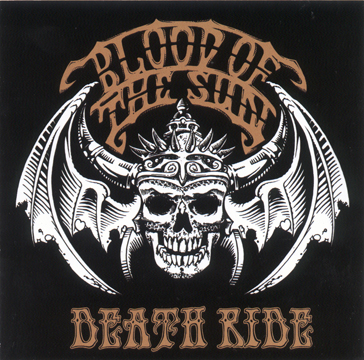 I wasn’t even that into Ted Nugent, whose band St. Holmes fronted. But there was something about “Stranglehold” that was different from A.) everything else on the radio – the song clocks in at an alarmingly heroic 8:22 – and also from B.) my obsessions at the time: Iron Maiden, Yngwie Malmsteen, The Scorpions, y’know, garish, wanky hair-metal. “Stranglehold” seemed genuinely severe rather than just blustery, ominous rather than merely plodding. The swampy, dirty song shifts tone and tempo dramatically, from quiet and menacing one second to loud and menacing the next, and Sweaty Teddy, of course, rips off an epic solo that’s both macho and also somewhat – for lack of a better word – vulnerable (perhaps the first and last time you’ll ever see that word associated with anything remotely related to Right-Said Ted).

And I don’t think anyone could have sung the song better than St. Holmes. His voice was clear and thick; “handsome” is probably a good deDELETEion. He also inhabits the hellbent-for-election lyrics eloquently, gracefully, effectively tempering their decidedly misogynistic bent. “And if a house gets in my way-eee,” he sings. “You know I’ll burn it down.” An old Delta-bluesman trope, that lyric, but one whose rendering in a bluesy though non-blues rock song – and via St. Holmes’ vocalismo – manages to encapsulate an entire history lesson on popular American music in just a few words. Though he also sang on two other Nuge nuggets, “Hey, Baby” and “Live it Up,” St. Holmes will probably be forever known as “that dude who sang ‘Stranglehold,’ man!” Which isn’t the worst thing in the world to be remembered for, by far. I’m just sayin’.

How the fiftysomething singer hooked up with Blood of the Sun, Fort Worth’s answer to Blue Cheer and Vanilla Fudge, isn’t quite clear, not even to BOTS frontman, drummer Henry Vasquez, whom I talked to about St. Holmes a couple of weeks ago. But there he is, Mr. St. Holmes, singing on six of the nine tracks off BOTS’ third and latest album, Death Ride. And not sounding a day older than 24. The title track goes “Space Truckin’,” all barreling rhythms and syncopated riffage and with all six musicians hammering down on the same few notes – it’s basically the sound of stoners racing across town in steroided-out GTX’s and Chargers, headed for the last doobie on earth.

Driving seems to be what BOTS was aiming for. The whirling organ washes and psychedelic, reverb’d ax solos that sort of brace up BOTS’ early heavy hitters have been replaced here by unadorned music-making, relegating noodling to its proper place as mere decoration – think: iron-fisted Grand Funk Railroad. “Shine,” one of the few songs sung by Vasquez, is a cartoonish but delirious throwdown, with guitarists Ty Tompkins and Eric Schmidt going head to head with Dave Gryder’s organ. The riotous back-and-forth works, though. Every note, no matter how mercurial or idiosyncratic, moves the song forward. “Bad Love” is more of the same, and it too is fantastical, with its plethora of burning licks and whiplashing trade-offs among the soloists, but also solidly built. “Keep Going” slows the tempo, opting for a thundering stomp fragmented at intervals by rat-a-tat-tat breakdowns to convey the type of bombastic elegance that defines Deep Purple’s and Humble Pie’s best zonkery.

The closer, a six-minute opus called “Rock and Roll Machine” (not the classic Triumph instrumental) is radical. Bubbling beneath the surface of an extended jam near the end is a funky clavinet, hearkening to Led Zeppelin’s “Trampled Under Foot” and Foghat at its most radio-friendly. The honking piano-ish instrument merely backdrops the rest of the band’s jazzy wanderings – don’t miss bassist Roger Yma’s grooves up and down the fretboard. But the clav makes such a unique racket and is pushed up so far to the front of the speakers you’d have to be deaf or dead to miss it. With Death Ride, Blood of the Sun is finally starting to sound like Blood of the Sun. The primo flights of technical mastery have now been wedded to unassailable song structures and lyrics that, while appropriately mystical, aren’t just excuses for more musical rambling.

Lyricist Vasquez addresses the proverbial “you” but not merely as a romantic other – “you” are also his partner in crime. “Make your move and don’t feel bad, I know you’re gonna find a way,” he rattles on “Edge of the Sky.” “Keep your hopes and your dreams alive, and they’ll all come true some day.” The tension that comes with virtuosic musos challenging one another is still here. It’s just been concentrated, and for guys who were kids when Derek St. Holmes was touring the world and having his voice broadcast on every rock-radio station in the world, Death Ride is utterly bereft of irony – no winks and nudges here. In a culture in which retro refuses to be taken – or take itself – seriously, you could consider the handiwork of Gryder, Schmidt, St. Holmes, Tompkins, Vasquez, and Yma a shiv into the back of bogus-ness. Everything here is honest. No pretenses to the contrary.