Clint Niosi’s debut album has been a couple of years in coming. 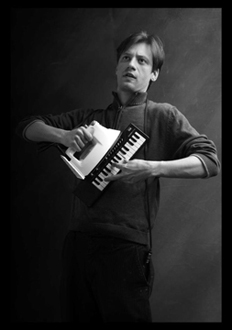 The Sound of Dead Horses Beaten Against Cold Shoulders is a sly and evidently apt definition of the Gen-X singer-songwriter’s music career. Lamentations of art not appreciated and voices not heard pop up throughout his delectable brassy-folk treat produced by The Theater Fire’s James Talambas. The dead horses, of course, are his songs, most of which have been worked and re-worked over the years. The cold shoulders belong to you.

Niosi has been writing, recording, and performing – quietly, apparently – for about 10 years. In addition to having a member of the vaunted Theater Fire in his corner as both producer and multi-instrumentalist, Niosi also has a backing band that includes several North Texas big-shots: Tame … Tame and Quiet’s Aaron Bartz on guitar and Boyd Dixon on drums, Top Secret … Shhh’s Marcus Lawyer on bass, fellow singer-songwriter Kristina Morland providing backing vocals, violinist Nicole Amundsen (former of Southern Methodist University’s Meadows Symphony Orchestra), and cellist Emma Hertz (formerly of Peter and The Wolf).

There’s a good reason Niosi is in such esteemed company. His tunes are epic – minimalist but totally sweeping. The arrangements are non-intrusive, just simple combinations of drums, acoustic guitar, strings, and brass that form skyscraping walls of sound while giving life to Niosi’s dynamic melodies. The overt influences, such as Robert Plant, Midlake, and the aforementioned Theater Fire, surface occasionally, and with his wavy, arrow-through-the-heart delivery – always nearing a falsetto but never quite committing to it and often jazzy – Niosi sounds like an older Jeff Buckley (R.I.P.).

The pitiable mood isn’t a gimmick but completely apropos, considering the ancient sins and sorrows at the heart of his songs. The two-part opener “My Mephistophilis” enters like The Theater Fire’s catchy “These Tears Could Rust a Train,” with a jaunty finger-plucked acoustic rhythm bouncing over a delicate, snappy beat. “I’d never call him my friend, though he’s there when I need him,” Niosi sings, jamming the entire second phrase into seemingly just a couple of syllables. “Mephistophilis and I / Got one hella unholy union.”

At first, the singer sounds like a soldier, perhaps one of the U.S. variety fighting in Iraq or Afghanistan, rationalizing his behavior. “When your colleagues are on the line / It’s easy enough to forget / Truth, beauty, and love / Are just your foolish alibis.” But as the song goes on, you might start thinking, heck, he sounds like all of us, compromising our morals for “gifts of wealth and earthly power … ‘Cause, come on, now / Who needs eternal salvation / When you’ve got a friend today to get you by … by … by …”

In the second, shorter half of the piece, the singer comes to terms with his fate. The beat darkens to a stomp, and as mournful strings swell in the background, a violin slashes dissonantly across the tableau, Psycho-ishly but more slowly. “There. Will. Be. No redemption,” he sings. “There. Will. Be. No forgiveness / The god I have forsaken / To these events shall bear witness.”

Dr. Faustus isn’t the only reference to Lit 101 on the album, not that Niosi needs to drop names to let you know he’s a smart guy and smart tunesmith. “Villanelle No. 1” is exactly what it says it is, the lyrics written in the high-Renaissance poetic form, and “Van Gogh Complex” finds the singer lovesick and spiraling somewhat happily into madness. (“I poured a glass of absinthe, and I tried to force a sick smile / But in the morning I know what I must do / I’ll send a little piece of myself to you.”) And, going back to Dead Horses’ subtext, the afflicted party could be Niosi himself, in what’s arguably the album’s catchiest number, which is saying a lot because most of the tracks skew toward listener-friendliness. “I’ve never been good with people, I live inside a brain,” he sings. “I work hard all the time, but I never sell a goddamn thing.”

Frustration, natch, is around every corner. Niosi leavens it, expertly (and thankfully), with wit and good ol’ fashioned kick-ass music. His snarkiest outing – “City Girl,” a paean to a hipster-princess – is also a scathing indictment, namely of the inner-city-hipster lifestyle (for whose charms the endearingly scruffy Niosi has most likely fallen). Over an acoustic progression that conjures up Cat Stevens’ “Wild World” (“Oooh, baby, baby, it’s a wild world”) and bubbly, gently clacking rimshots, he loads on the sarcasm: “Goodbye, color green / So much more to be seen / Goodbye, sky of blue / Yeah, who needs you.”

All of the tracks are straightforward, and most of them have judiciously placed nuances that give everything some depth and never seem gratuitous. The acoustic-guitar riff that drives “Van Gogh Complex” alternates between joyous, carefree flamenco and heavy-metal, “Wave of Mutilation”-ish despair. In another nice touch, Niosi dusts off 12-bar country-blues for “Weary Willow,” whose vocal melody tumbles forward predictably before it’s steered into Rufus Wainwright’s and Fiona Apple’s lovely, purple terrains. There’s even a little circus music. Though “The Sum of Parts” comes on all skipping beats and jangly acoustic, it quickly slouches into a lazy, delirious march that’s almost funereal. Laying to rest Niosi’s career, are we? As he says in “Weary Willow,” “At the top is success and the bottom failure / But I know in the middle is worse / Now I am the voice, and you are the ear / It’s a matter of choice what you’re going to hear.”