Tarrant County College board vice president Bobby McGee came forward Monday to support fellow trustee Joe Hudson’s complaints about the irregularities surrounding a June 25 meeting at which the board gave Chancellor Leonardo de la Garza a three-year contract – an about-face from a decision the board had made only a week earlier, when it gave him only a one-year contract. 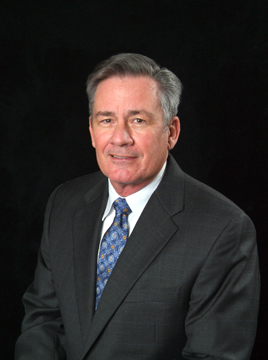 The circumstances under which the chancellor’s contract was changed, McGee said, are particularly troubling because of the reasons that de la Garza had originally been given only a year’s contract.  McGee, who has served on the college board of trustees for a decade, said that the board asked de la Garza more than two years ago to provide copies of his evaluations of senior staffers – reviews that by board policy are to be completed on every employee every year and that are public records under state law. After repeatedly putting off the board, the chancellor now has refused to turn over the documents.

A few weeks before the June 18 meeting, McGee said, the chancellor said the reviews were finally complete – but wouldn’t provide copies. “He told us, his board, that we couldn’t have copies of documents that we had been requesting for years, and that are public record,” McGee said, still sounding dumbfounded. When board members politely insisted, McGee said, de la Garza told them that they would have to request them under the open records law. To date, de la Garza has given the board no explanation for his refusal. “It was astounding, simply astounding,” McGee said. “It was also insubordination.”

But instead of firing de la Garza, after “a very vigorous and long debate” in closed session on June 18, the board decided a one-year contract “was the correct way to go,” McGee said. The salary increase came about because some members argued that it was unfair that de la Garza had gotten no raises while the board waited for the overdue evaluations. Board members finally agreed to give him a raise commensurate with that received by other employees, which came to about 3 percent per year.

McGee said the senior staff evaluations were important because de la Garza told the board three years ago that he expected to retire about now. The board’s thinking, McGee said, was that the trustees would look first within the college’s senior ranks for de la Garza’s replacement, before undertaking a national search.  Yet each time the subject of the evaluations came up, de la Garza put the trustees off, telling them, “I am working on it,” McGee said. The missing evaluations, he said, were the reason de la Garza had not gotten raises over the past three years.

The raise approved on June 18 brought de la Garza’s annual salary up to $325,000, making him one of the highest-paid public officials in the area. Hudson said in an e-mail to Fort Worth Weekly that he opposed the raise but couldn’t stop it. But he also got part of what he wanted, in the one-year contract. “This was an insult to [de la Garza]” Hudson wrote. “I actually thought he would quit.”  McGee also said he was troubled about the raise, but, “I could live with that, as long as we had that one-year contract.” There is one thing about the June 18 meeting that McGee remembers with great clarity, and that is what was not said. “No board member proposed a three-year contract,” he said. McGee said problems with the board’s next meeting, on June 25, extend beyond confusion about what items were on the agenda.

In fact, McGee said, he was initially kept completely in the dark about the meeting, which was called specially to vote on the acquisition of RadioShack’s downtown property for the site of TCC’s planned downtown campus – a shocking enough decision on its own, since it meant the college would be abandoning half of its grandiose $350 million plan for a Trinity-River-spanning campus just east of the county courthouse, a plan which had angered local historians, worried city officials, and outraged some staunch supporters of the college. McGee said he didn’t receive an advance agenda for the June 25 meeting, which is against board procedure, and only heard about the meeting from another board member. He said he had to make three requests to the chancellor’s office before he got a confirmation that the meeting would take place.

Texas open meetings law requires that notices of the meetings of public bodies be posted in advance and that sufficient information be included to tell the public – much less board members – what is going to be considered.  The agenda posted for the June 25 meeting, according to TCC’s web site, is vague. It lists an executive session that was to include deliberations on real property, personnel matters, and litigation, without giving any further details. The only item listed in the open portion of the meeting was possible action on what had been considered in closed session.  According to the web site of the Texas attorney general’s office, agenda postings must be sufficiently detailed as to “alert the public, in general terms, of the subjects … to be considered.” Broad terms such as “personnel” and “litigation” are usually not enough, the open-meetings guide says. Moreover, the attorney general’s web site says, courts have held that the more important an issue is to the public, the more detailed the agenda item must be – and gives the example of the hiring of a key supervisor as something that needed to be clearly indicated on the agenda for any action taken on it to be legal.

Hudson, elected to the college board earlier this year, and McGee both left the meeting – held during the work day – after the RadioShack purchase was discussed and after they had both voted in favor of the deal. They were under the clear impression that no other business would be conducted.  But some board members obviously had other plans, Hudson said. With him and McGee absent and trustee Robyn Winnett voting no, the four remaining board members reversed the prior week’s unanimous decision and changed the terms to a three-year contract, with the same annual compensation.

The difference, of course, is that de la Garza now seems guaranteed to collect close to a million dollars by the end of his three-year run, whereas a one-year contract would have had to be renegotiated each year, based on his performance.
“When I came to the board meeting on the 25th, I thought it was to approve the RadioShack contract only,” McGee said. When the vote was taken on that deal, he, like Hudson, was sure the business of the board for that day was done. “I feel very foolish now,” he said, “because I didn’t notice that when we came out of executive session to vote publicly, the president [Louise Appleman] only recessed the meeting, she didn’t adjourn it. “If I had known that the chancellor’s one-year contract was going to be changed to a three-year one, I would have stayed and voted no, and so would Hudson,” McGee said. “We would have only needed one more vote to defeat this, and I think I could have gotten one.”

Still, when he said he had to leave, “no one had the courtesy” to tell him – the vice president – that there would be a second closed session that day to revisit the chancellor’s contract. “Now it appears that some board members understood that a subsequent action was under consideration, and some of us didn’t. … What did those board members know on the 25th that they didn’t know on the 18th?” McGee said. “How could they have voted unanimously [a week before] and suddenly changed their minds?” McGee, an investment banker who previously kept a low profile on the college board, also revealed some of the other turmoil that has gone on within the board concerning the downtown campus. He said he had begun to have misgivings about de la Garza as the controversies surrounding the downtown campus’ original plan ballooned along with its cost.

Until this week, however, he has not publicly criticized the actions of his fellow board members or the chancellor, even when he strongly disagreed with them, as he did last year when he found out during a briefing session that, three years into construction of the downtown campus, the college had not yet applied for a required permit from the U.S. Army Corps of Engineers to build more than half the campus in the Trinity River floodplain and atop the river’s levees. “I said ‘Stop immediately.’ … We had hired a professional construction management team, and it was their job to make sure the right things were done in the right order. They did not, and I wanted the project stopped and the management team held accountable.”

No one else on the board agreed. But McGee continued to raise questions, especially about what alternatives TCC had if the Corps denied the permit or if the campus design became cost-prohibitive. He said those doubts have been allayed – he is solidly behind the RadioShack location as an alternative to the riverfront campus. But now he has other doubts about the direction of TCC’s leadership and finally became convinced that he had to go public with them, “for the good of the college and its future,” he said. McGee was also upset with the Fort Worth Star-Telegram for its editorial attacking Hudson for his criticism of the June 25 meeting. The daily paper scorched Hudson for going public with his complaints, accusing him of “whining” and dancing “like a fool in the spotlight.”

The Star-Telegram was way off base, McGee said, and “didn’t bother to find out the truth of what happened.”
McGee consulted his lawyer about the board’s action on June 25 and was told it wasn’t illegal. “But just because something is legal doesn’t mean it is right,” he said. As for McGee’s and Hudson’s next moves, both say they feel they have few options. In order to bring the contract up for reconsideration, Hudson, who served in the Arkansas legislature for four years before moving to Texas, said, “it must be done by someone on the winning side.” Both said that was highly unlikely.
“But don’t discount the power of public opinion,” Hudson added. “I think public opinion is what drove the switch on the downtown campus, and it could drive some of my colleagues to take another look at what happened on June 25.”
Calls and e-mails from the Weekly to de la Garza and other board members for comment were not been returned.