Truancy problems with school children in Fort Worth’s West Meadowbrook neighborhood prompted local volunteers to team up with a school principal and police officers to develop a presentation that encourages kids to be responsible and honest.

And, as the saying goes, no good deed goes unpunished. 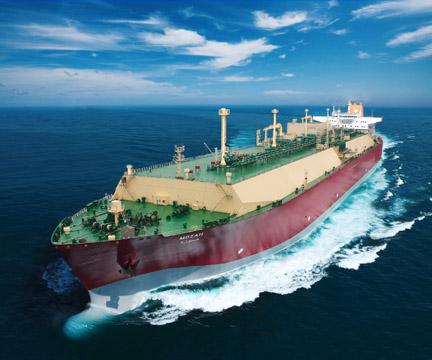 On Jan. 26, Gigi Goesling and Wanda Conlin were among numerous neighborhood volunteers who visited Meadowbrook Middle School to watch a presentation given to sixth, seventh, and eighth grade students. The volunteers didn’t want any kudos for their efforts, but they certainly didn’t expect to be chewed out and treated rudely by a school official.

“I’ve never been beat up like that in my life,” Goesling said.

Goesling said she was standing near Fort Worth police officers Allen Speed and Gus Green in the school auditorium prior to the presentation when longtime school trustee Jean McClung confronted her.

“She said in a loud voice, ‘Who do you think you are?’ And I’m looking at her in total shock,” Goesling said. “Officer Green turned around because he was shocked. She was yelling.”

McClung was angry at being left out of the loop. She had not been notified about the truancy problems or the presentation, Goesling said.

Neighbors had noticed a small number of children wandering the streets during school hours for weeks, and they reported the truancies to Principal Cherie Washington and to police. The principal, police, and neighbors then met, discussed the problem, and decided to let the kids know that truancy wouldn’t be tolerated.

“I went through my neighborhood police officer and the principal,” Goesling said. “I thought I was going through the proper chain of command. It wasn’t my responsibility to notify the higher-ups at the school district.”

Neither McClung nor Washington responded to interview requests for this story. But Fort Worth school district spokeswoman Barbara Griffith, who did not attend the presentation, spoke with both and agreed to discuss the situation with Fort Worth Weekly. Griffith reported that McClung said she expressed concern that police and volunteers had distributed e-mails that described recent burglaries in the neighborhood and unfairly pointed the finger at Meadowbrook Middle School students.

“We have a small group of people who unfortunately may be placing responsibility on students and the school for everything bad that happens,” Griffith said. “We feel they are misinformed about this situation and, consequently, are misinforming others.”

McClung’s clash with volunteers and police has been misinterpreted and possibly misrepresented, Griffith said.

“Mrs. McClung was not complaining about the presentation by Officer Speed,” the school spokeswoman said. “She did express her concern that neither Mrs. Goesling nor any other member of the Meadowbrook Neighborhood Association had shared those concerns with her. That is her job as trustee.”

According to Griffith, McClung remained professional and didn’t raise her voice.

However, two volunteers who were present, in addition to Conlin, described McClung’s part in the encounter pretty much as Goesling did. 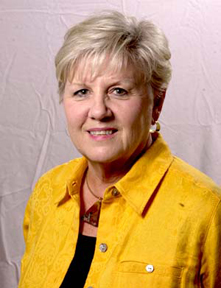 Volunteers said they had no idea they were supposed to inform McClung about anything. They simply saw a problem with truancy and crime, and so they called the school principal and police.

“If a police officer sets something up with the principal at a school, that should be as far as it goes,” said longtime volunteer Randy Dellis, who was at the presentation and overheard the commotion. “There was enough of a row about it that Officer Speed, whom I have the highest regard for, was so put out about it that he said under his breath, ‘I’m not going to do this again.’ But he will because he is a professional.”

Dellis said he didn’t know McClung before the incident and has no axe to grind with her. But, he said, the trustee “was totally at fault.”

Another witness described McClung’s reaction as over the top, particularly when she told volunteers that she heard they might be “packing heat” during the presentation. The reference about carrying weapons on school property stemmed from an earlier meeting between Washington and volunteers, some of whom mentioned that Meadowbrook property owners keep guns. Volunteers said they made the remarks because they were worried about the safety of children who might be breaking into nearby homes while skipping school. But McClung, who heard about the gun remarks secondhand, interpreted the remarks as veiled threats against children – something the residents strongly deny.

“The reaction that Jean had was pretty surprising to all of us,” said Greater Meadowbrook News publisher Conlin, who was reporting on the presentation for her newspaper and overheard McClung belittling Goesling and Speed. “When I walked up there, Jean was berating everybody, even me. It’s not the Jean I’ve known over the years. She is usually so sweet, but she wasn’t that day. Poor Officer Speed was just doing his job, and he was shocked. We all were.”

McClung never mentioned the police-penned e-mails that connected Meadowbrook truants with neighborhood burglaries, Conlin said. The school official’s anger appeared to stem solely from not being consulted or invited to the presentation.

“She seemed angry because it hadn’t gone through her,” Conlin said. “But I thought when you were dealing with a particular school you went to the principal of that school. That’s the local administrator we know and deal with.”

Goesling was so distressed at being publicly berated that she decided to demand an apology days later. She called school district Superintendent Melody Johnson, who told her to contact the school board president. But elected officials such as McClung answer to voters, not to Johnson or the board president. McClung isn’t required to apologize, and so far she hasn’t.

Conlin said McClung should admit to bad judgment and apologize for chewing out volunteers who were only trying to help.

“She was angry – really, really angry,” Conlin said. “It was an embarrassing incident that never should have happened. She was berating Officer Speed when I walked up there. And then she just got louder and more abusive.”

Witnesses said Speed and Green considered canceling the presentation after McClung’s histrionics but decided the show must go on. One police officer, who asked not to be identified, told the Weekly that McClung was verbally abusive, but he referred any further questions to police Lt. J.D. McCarthy.

“We’re going to stay out of this,” McCarthy said. “We’re trying to work with Meadowbrook Middle School on any issues they might have, and I’m going to leave it at that.”

Truancy and burglaries have diminished since the presentation, residents said.

Volunteers can voice their concerns about McClung at a school board meeting if they choose, Griffith said. The offer seems insufficient to Goesling, who has vowed to get McClung voted out of office during the 2010 school board election.

“I’m not a difficult person; I just try to do good in the community,” Goesling said. “I volunteer for anything and everything. I’m not here to cause a conflict. But I’ll find somebody to run against her. That will be my goal.”