There’s a lot to be said for running customers off. Running ’em off in a good way, that is. Just plain sucking is not cool, no matter how shaggy your hair is. I’m sure we all, at one point or another, have walked into a joint, seen some bro with an acoustic guitar sleepwalking through “Brown-Eyed Girl” or some blues outfit doing — I mean, really doing — “Mustang Sally,” and U-turned. But for a musician, plugging in and doing your ca-razy thing and then watching the unwashed flee can mean you’re on to something.


(It probably means you’re on to everything. But. I digress.) Especially at The Moon (2911 W. Berry St., 817-926-9600), where an ultra-hip indie-rock sensibility rules. On Friday, the TCU-area bar/venue is hosting a lineup that will flip some finely coiffed wigs and weaves for sure: Stoogeaphilia, Transistor Tramps, and Harry Has a Head Like a Ping-Pong Ball, three rather adventurous outfits inspired equally by stuff as relatively innocent as New Wave, The Stooges (Stoogeaphilia is, at heart, a Stooges tribute band), and vintage clothing and also stuff as d 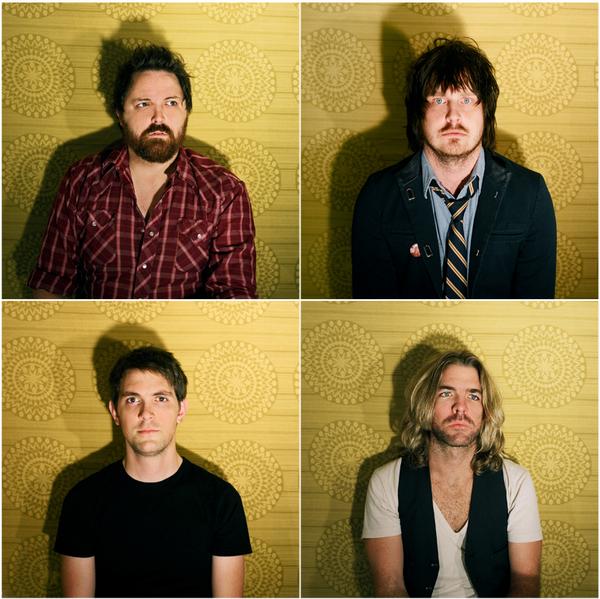 angerous as trainwrecks, cat fights, and hooch. The Tramps get extra points for wearing face paint and dressing up funny. The Moon gets double-extra points for daring to put on a show as insane as Friday’s and risk losing some regulars, even if only for a night. Visit www.themoonbar.com. … On the very next night, Saturday, The Moon comes back down to the earth. (Ooof.) Regulars not only won’t run out stricken with enlightenment but might round up some friends for the bill of Texas Music singer-songwriter Kirby Brown, Austin’s appropriately titled Calm Blue Sea, and Chatterton, the local Kevin Aldridge-fronted band that’s still going strong after a couple years of stops and starts. (Part of the band went on to form the vaunted Orbans, né Lifters). Visit www.myspace.com/chatterton. …. Enough Mooning around. (Double-ooof.) From Friday through Sunday, Rockstar Sports Bar (7120 S. Fwy., 817-292-2606) will essentially become a different club, the legendary and much-beloved Joe’s Garage, by hosting three days’ worth of good ol’ fashion, hell-raisin’, old-timey Metal-with-a-capital-M. The Joe’s Garage Tribute Weekend includes performances by Solitude Aeturnus, Puncture, Gruesome Fate, Dark Alliance, Blood of the Sun, Hell Goat, Mitra, Violent Intentions, Texas Metal Alliance, 100 Proof Hatred, and a bunch of other metalists you’ve probably never heard of and that may or may not have ever played Joe’s. Anyway. I’m all about keeping metal alive. Glad to see there’s so much support. Cost is $5. Visit www.myspace.com/rockstarsportsbar.. … Here’s another band you’ve probably never heard of that you might do well to check out: Rabbit’s Got The Gun. I’m pretty sure the Fort Worth quartet has nothing to do with John Updike or his most beloved fictional doppelganger, but I still dig some of the tunes up at www.myspace.com/rabbitsgotthegun. They’re funky and melodic and the lead singer definitely has a Seal thing going on, and not just ’cause he’s African-American. What makes the band even more interesting, from a purely sociological point of view, is that the guitarist is Skard Soul‘s Justin Baisden. Skard Soul is pretty heavy, heavily tattooed, and extremely white. Anyway. The show’s Saturday at The Grotto (517 University Dr., 817-877-9947). Power to the people.

The Ghost of Concerts Future