As this week’s ”Eats” review attests, a burger shack – in this case, the downtown Jake’s location – needn’t commission a multi-million dollar ad campaign full of elaborate, absurdly detailed images of hamburgers to earn a following. Sometimes, creating a fresh and distinctive flavor – one that people will recall and crave — works, too. (And attractive young servers don’t hurt, methinks).

Still, we’re so inundated with swollen, sweaty, airbrushed images of burgers on TV commercials that we forget to compare them with the real thing. The clever folks at the West Virginia Surf Report didn’t forget, as this funny but queasy-making photo essay of ad vs. reality shows. My all-time favorite fast-food commercial was yanked from TV not long after it appeared. It became known around the industry as “The Homoerotic Sandwich Ad,” but the product it’s selling – ”The Toasty Torpedo” – says it all. Brilliant! 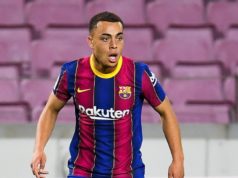