Last week, the 40th anniversary of a local museum came and went — and few people noticed. When the Pate Museum of Transportation opened in 1969, it was the first of its kind in North Texas, featuring mainly rare, vintage automobiles but also airplanes, a minesweeper, and several other conveyances. President Lyndon Baines Johnson sent a telegram of congratulations for the opening, and over the years visitors have come from as far away as Germany, Switzerland, and Italy to see the collection that’s estimated to be worth millions.

But in the decade following the death of the museum’s founder, oilman A.M. “Aggie” Pate Jr., the museum in south Fort Worth has been forced to scale back operations. “We don’t have the funds we used to have,” said Sharon Pate, Aggie’s daughter, who now runs the museum and who noted that her father had an irreplaceable knack for generating corporate and private donations. “We just don’t have the money coming in like we used to. It adds up, to keep the grounds up, the utilities. The insurance alone is astronomical.” 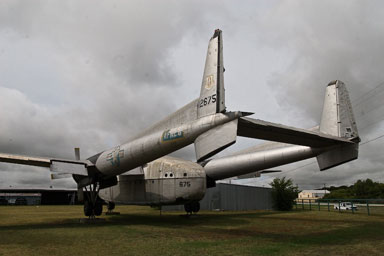 The museum is still open — and still free to the public — but it’s not, as you can imagine, what it once was. Since a lot of the collection is exhibited outdoors, it has been exposed to vandalism and the harsh elements and is in a state of disrepair — some of the planes were signed back over to the U.S. Air Force in 2003. The cost of returning the aircraft and the other outdoor exhibits to their former glory has become more than the foundation can bear. The museum’s main source of income now is the community. “You could put a donation in the donation box,” she said. “Other than that, if people would like to come out and visit, we would love to have them.”

The museum now occupies only five acres of land, down from 185. The excess acreage was used to host an annual car collectors’ swap meet. The meet relocated to Texas Motor Speedway several years ago, reducing the need for most of the land.

What you can see outdoors is a yellow submarine,  four military aircraft (a Vietnam-era transport plane, a Canadian “Voodoo” fighter jet, an amphibious flying boat, and a helicopter), tanks from many different eras, and the minesweeper boat.

The interior of the main building, where all of the cars are displayed, is still glorious. There’s a red 1958 Edsel convertible. Nearby is a 1967 Shelby GT500 fastback. White with blue racing stripes, it looks like it’s going 200 miles an hour even though it’s sitting still — you might not even notice the gray 1963 Corvette two feet away. There’s a 1941 four-door Caddy, one of only 400 made, plus a couple of Model Ts, Rolls-Royces, a mint-condition 1927 Packard (parked across from a mockup of an Apollo landing capsule), an Aston Martin, a gray ’57 T-Bird, a DeLorean, and an MG Roadster. In a side gallery, a black Russian Z.I.M. limousine, a gift from Russian Premier Nikita Khrushchev to the King of Norway, sits next to the ’62 Checker Taxi that Lee Harvey Oswald flagged down in 1963 after assassinating President John F. Kennedy in Dallas. There’s even a dirigible motor donated to the museum by the Smithsonian Institution and a “chimp couch” from early NASA experiments.

In the back room are old photos and a library surrounding the oldest automobile in the collection: a 1903 Cadillac Runabout, made almost entirely out of wood and donated by the Amon Carter Collection, which is part of the Amon Carter Museum. In the walls of photos, you can see some of the planes landing at the site. Extending through the ceiling and roof is a functional periscope that extends high above the building.

Aggie Pate funded the collection with money from Panther Oil and Grease Manufacturing (now Texas Refinery Corporation), the company that his father founded. Describing Aggie’s desire to open the museum, Sharon said, “He had a great love for children. He primarily wanted children to be able to come out and see the old cars and see how some of the history was made in the automobile business.

“My dad just had a great love of people, and he wanted to do something to give back to the community,” she continued. “He never wanted to charge anybody.”

One of the reasons there wasn’t any 40-year celebration was the recent death of Sebert Page, Aggie’s brother. “We started working on it, but when my uncle got sick, we didn’t think we should be planning any festivities,” Sharon said. “Maybe next spring.”

She promises that the museum will remain open and admission will be free for a long time.

The Pate Museum of Transportation