Meander named its new debut album, The Tower, after the tarot card indicating radical change, chaos, and an upheaval in the status quo. Progressive to the core, The Tower twists and astonishes throughout, capturing both existential anger and the certainty of fate. Meander, a foursome of Fort Worth agnostics, recorded the 10-track disc at home. With bold statements about God and modern life set to futuristic, thunderous music, The Tower takes chances and succeeds.


“Our goal is to do something no one else is doing,” said guitarist and singer Daniel Kelton. Part of being different, in Meander’s case, is functioning as a musical democracy. Drummer Jeremy Hart, bassist Bryant Laws, and organist Matt Hansen all write their own parts to help give the music a distinct personality. The result is a monster album of melodies played backward, constant time-signature changes, and odd samples (including one of the drone of an air conditioner). 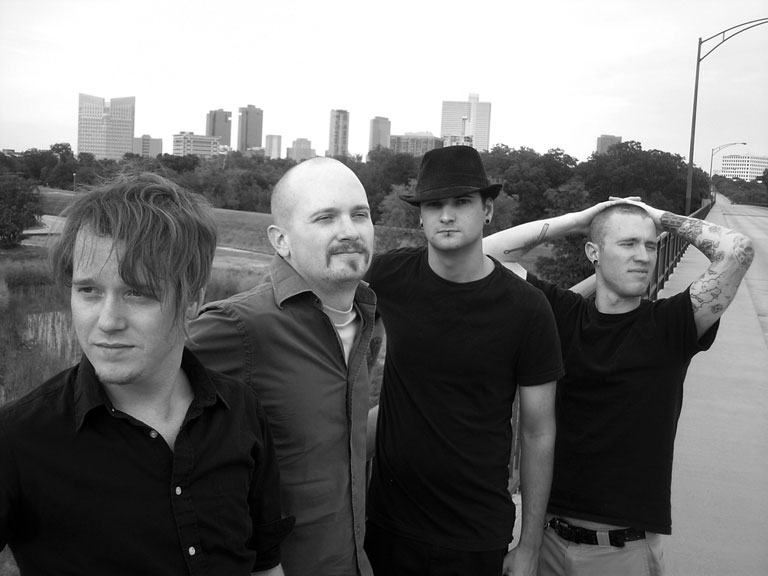 “My rock evolution happened with these guys,” Kelton said. Each of the original three brought a different set of musical preferences to the table, resulting in a wide range of influences, from At the Drive-In to Modest Mouse to Mike Patton to Bad Religion. “Originality is only a matter of right influences,” Kelton continued. “We’re trying to be innovative, not cookie-cutter.”

Although the chemistry felt just fine with three musicians, the bandmates crossed paths with Hansen, and a conversation about breaking habits in music ensued. Hansen agreed to record an album for Meander with his home equipment. While co-producing The Tower with Kelton, Hansen started adding sampled noise and ambient organ parts. At some point during the recording process, which began last August, Hansen officially joined the band. “Our ideas just meshed so well,” Kelton said.

In Hansen, Meander had found not only a producer and keyboardist but also a technical director and graphic designer. At 32, Hansen is the group’s oldest member and a 10-year veteran of the graphic design business. He does the promotional artwork and helped design The Tower‘s convoluted, catchy cover. “Who better to represent your band than someone in it?” Hansen said.

Meander released The Tower on Aug. 14 to a respectable crowd of about 100 people at the Aardvark. They have been talking themselves up, plastering walls with promotional artwork, even making ringtones. But when it comes down to it, what will represent them best is
their music.

“The biggest compliment we can get is that we don’t sound like anyone else,” Hansen said.

Each band member interprets this mantra individually. “I steer clear of drumbeats being used in other songs,” Hart said. In each of the album’s long, epic compositions, Hart defines time with his cymbals instead of snare, uses a lot of fills to excite passages, and changes the tempo at a moment’s notice. In the album’s highlight, “Reverse,” Laws’ unique bass technique of diverging from the root notes and rhythms really shines.

“Sometimes we clash, but that helps define us,” Kelton said about the controlled chaos that is appropriately named Meander. Kelton, who taught himself to play the guitar by ear, has a rhythmic bent and, in his lyrics, a penchant for attacking societal mores.

In “Reverse,” Kelton takes out the big guns: “A man stands up to God with his fist clenched full of hate / And he does what it takes to stay in power.” His brash statements, which also include reveries on the inner self, are delivered with his innocent voice and come across as thoughtful rather than bitter. He has been observing and thinking, and The Tower is Kelton’s way of slaying
the structures to which he doesn’t want to conform.

“There are hierarchies we create for everything,” Kelton said. “How many forms of control can we exercise in this country? It feels like we’re being
fed everything.”

And he’s not taking the bait, instead preferring to do things his own way, thank you very much. “We’ve made it our lives,” Kelton said about Meander. “This is what we will be doing.”