First off, there are a helluva lot worse places to live than Fort Worth. Ever hear of a little ol’ ville called Youngstown, Ohio? How about Flint, Michigan? Scranton, P.A., anyone? Or any other city where even the roses are brown and where “50 and overcast” qualifies as a scorcher? Realize that Rust-Belt cities die a thousand little deaths every day and, in the winter, die a thousand little deaths every day in sub-zero temperature. Somehow, though, a stalwart few citizens hang on, either out of some weird sense of nostalgia, inertia, or a severe case of insanity, as if all of that rust and all of those piles of black snow and empty Iron City beer cans might magically arrange themselves into a one-way, non-stop 737 to Paris or Miami. 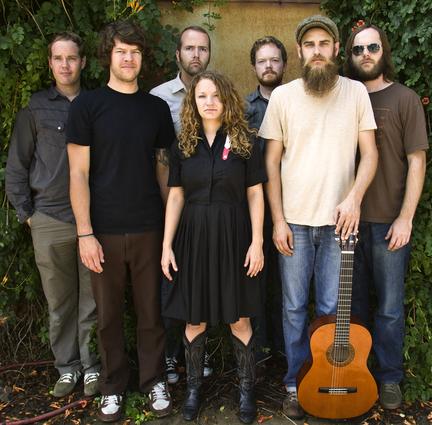 We North Texans really don’t have much to complain about. However, I die two or three microscopic deaths every time I pick up a copy of Texas Monthly, skim Texas Music Magazine, or read any other alleged “statewide” publication that has a music section. For all of the attention Fort Worth bands are paid, you’d think that our fair burg was a Rust-Belt backwater. Texas Monthly is based in Austin, which means that every time some Capital City musician hiccups into a microphone, the Monthly is all over him. Texas Music is also based in Austin, and even though the rag skews toward Americana and alt-country, its writers somehow continue to neglect featuring the top-shelf Americana/alt-country artists here: Dove Hunter, Fate Lions, The Orbans, the cut*off, Calhoun, Whiskey Folk Ramblers, Chatterton, Eaton Lake Tonics, Keegan McInroe, the list goes on. The Monthly and Texas Music, as far as I know, have never even acknowledged Telegraph Canyon, a Fort Worth septet that recently received major props from Rolling Stone. (When you’ve been scooped by a national mag, then you’ve really been scooped.) I’m not saying the national media are any better, though I get a kick out of the fact that one national publication, Pitchfork Media, the indie tastemaker of all indie tastemakers, has now featured more Fort Worth Americana bands — Bosque Brown and The Theater Fire — than Texas Monthly and Texas Music combined. I’ll even go as far as to say that Esquire magazine (Esquire magazine!) has covered more Fort Worth bands — Oliver Future — than either of the two Lone Star State-wide publications. I’m exaggerating, of course, but you get my drift. What to do? Move to Scranton? I don’t think so. Maybe a better option is to let your subscriptions to the Monthly and Texas Music just die. One big death. … And don’t even get me started on SXSW. The first 200 bands (of, like, a zillion) for the annual music festival’s 2010 iteration have been announced, and only one, the electro-punk duo Best Fwends, has a Fort Worth connection. The Fwends split their time between here and — sigh — Austin, where South-by takes place every year. For the sake of fairness, I’m going to hold off on my perennial spleen-o-gram about how SXSW favors Austin bands over much more deserving acts, including ones from the 817. Something tells me, though, that I could fire off my missive today and not have to change a single word several months from now.