My dad always told me that God looks out for fools and drunks. I don’t know if this is true, but I do remember one time in college at TCU when I did something somewhat dangerous and came away unscathed. My buddies and I had pooled our money to get the one 21-year-old who still lived in the freshman dorm to buy us beer. He brought back a case of Bud and some Jim Beam. Around the time we got into the bourbon, I tried to climb up the side of the dorm.

This was in 1997, when Fox ran a Spider-Man cartoon show in the afternoon. It wasn’t awesome, but I watched it every day, so you might say I had ol’ Webhead on the brain when I looked at the bricks on the southwest corner of Milton Daniel Hall and saw more than a decorative edifice. 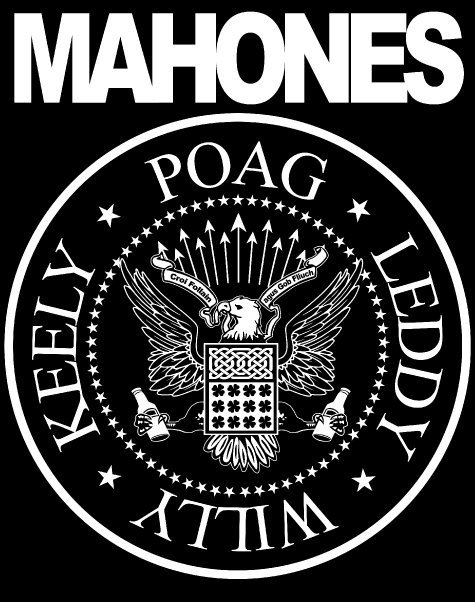 About halfway to the second floor, my hands started to cramp, and I wondered if Spider-Man ever got tired from climbing walls. It occurred to me that he probably didn’t, and the reason why was because he wasn’t real. Also, one of my friends down below suggested that I had taken the gag as far as it could go while still making people laugh. So I dropped about 15 feet to the ground. Everyone else laughed, and I got shin splints.

I was reminded of this particular episode of drunken buffoonery on Sunday, when I checked out the new Poag Mahones Irish Pub on Carroll Street, right around the corner from the old one. The new place is huge and gorgeous: lots of brown wood all around and, in the spirit of Irish pubs everywhere, lots of brand-name beer mirrors on the walls. There are two pool tables, eight HDTVs, an internet juke, and a few dartboards, and the tables and chairs are so clean, you could, well, eat off them (if only Poag’s served food). The service is just as snappy as it was at the old address.

Anyway, my friends and I had been waiting about 30 minutes for our songs to cycle through on the jukebox. After the third or fourth song by Fader or Hinder or whoever, one friend had had enough.

“Who picks this shit?” she yelled.

As if to answer, a super-drunk dude stood on one of the tall bar stools.

Now, it’s probably not fair to assume that every person who ever does something dumb in a bar likes bad music. After all, there were six people shooting pool and another eight throwing darts – any one of them could’ve been the bearer of bad taste. But a person standing on a chair at a bar as if to say, “I’m the man!” becomes an easy scapegoat. And frankly, this guy sort of looked like he was first in line for How the Edge Stole Christmas. Like every single year.

I watched anxiously, expecting to hear the screech of the chair on the slate tile and the sickening, crumpling smack of his noggin meeting the floor. The chair wobbled, and I heard a sharp barking noise. I winced, expecting the worst, but the worst didn’t come. Before he became the subject of a totally effed-up video that you’d e-mail around the office on a slow Monday, the super-drunk dude had four pairs of hands on him and was shortly back in his seat. And it wasn’t too long before everyone was probably already remembering that time when so-and-so tried to stand up on a chair at Poag’s. God might look out for fools and drunks, but just to be on the safe side, bring some friends along next time you’re out and intending to get wasted. Especially if you’re not afraid of heights. — Steve Steward