The latest dispatch from the culture wars is the right wing’s attack column forming against Avatar. The Weekly Standard‘s John Podhoretz and John Nolte call the movie anti-American. Town Hall’s Jonah Goldberg tells the Na’vi to accept Jesus Christ into their hearts, while Ross Douthat at the New York Times gets weirded out by the movie’s religious content. Overseas, Nile Gardiner at the Daily Telegraph calls Avatar “the most left-wing movie ever made” (not a compliment in his book) and the Vatican’s official newspaper famously runs the film down for turning environmentalism into a false god. Even the left-leaning Gregg Easterbrook assails the movie’s politics in his Tuesday Morning Quarterback column on ESPN.

At first blush this looks like just another example of how lost the right wing is. Instead of offering up constructive solutions to the problems facing our nation, they’re busy attacking some dopey sci-fi movie. Republicans have a long history of proving themselves tone-deaf when it comes to pop culture — remember Bob Dole running against Quentin Tarantino in the 1996 presidential campaign? Now the conservatives are positioning themselves against an insanely popular movie that may end up as the all-time box-office champion. Can these guys do anything right? Message fail, LOL.

The thing is, the conservatives are on to something here. All the movie’s Hollywood-style self-flagellation about the West’s colonialism is old hat, and it’s not particularly well handled. James Cameron has admitted to embedding politics into his movie, but Avatar doesn’t comment meaningfully on the wars in Afghanistan and Iraq the way The Dark Knight critiqued the war on terror. No, Cameron just blames blindly obedient soldiers and soulless corporate sharks for everything bad that happens. This is the same batch of villains that he served up in 1986 when he made Aliens. Back in the Reagan years, it was invigorating to see those gung-ho soldiers who were eager to blow stuff up get their comeuppance. Maybe Avatar’s message would have been timely if it had come out in the early days of the Iraq war. Now, though, with our military doing some long-overdue strategizing about how to win over the ordinary citizens in the Middle East, Avatar’s thinking just seems passé. 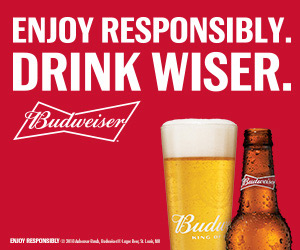 Which isn’t to say that the right-wingers are dead on. As usual, they’ve missed an important point here. First of all, Avatar’s villainous soldiers may not be Americans. It’s not clear that the United States still exists in its present form in this movie’s version of the future. True, most of the actors talk like Americans. Maybe it’s just Sam Worthington’s shaky accent that made me wonder where these characters were supposed to be from. The larger point is that Avatar isn’t specifically about American power as much as it’s about colonialism. The critique of people coming into a foreign place and ravaging it for resources makes the movie part of a Hollywood tradition that includes Pocahontas (1995) and Dances With Wolves (1990), and stretches at least as far back as Little Big Man (1970), in which Custer’s death at Little Big Horn met with cheers from white audiences. Avatar further plays into this by casting African-American and Native American actors as the Na’vi, which is so pat that it leaves me uneasy. (I love Movieline’s formulation of Avatar as “blue people voiced by black people representing red people.”) You can slam the movie for being unoriginal, but it’s too easy to call the movie is anti-American and then just leave it there.

Still, for once the right-wingers aren’t talking out of their asses when the conversation turns to pop culture. In their own way they recognize that Avatar is pretty much the same movie as Battle for Terra. The only difference (to the tune of $1 billion and counting) is the packaging.