A reality TV show about Fort Worth Opera may become a, um, reality. A behind-the-scenes series about the company, Lone Star Opera, has just won CableU’s Non-Fiction Emerging Producer Contest as part of the 2010 National Association of Television Program Executives’ annual convention. Filmed by Dallas’ AMP Productions, Lone Star Opera “chronicles the lives of artists, staff, and craftspeople fighting the clock to stage three operas in five weeks, with careers, reputations, and relationships at stake every step of the way,” according to FWO. The series will be represented by CABLEready, self-described as “the television industry’s premier international independent program representation firm.” The popular Inside the Actors Studio and Medical Detectives are just two of CABLEready’s projects. The Fort Worth Opera’s 2010 season will get under way this spring, with Don Giovanni, Elixir of Love, and the world premiere of Before Night Falls. 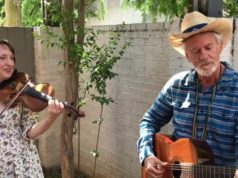