How often does this ever happen: Something that’s absolutely perfect gets messed with and yet comes out better? For the most part, the new Mamma Mia (1000 W. Magnolia Av., in the former Palermo’s space) hasn’t tried to fix what wasn’t broke at the original location (3124 E. Belknap St.) – the menus are 98 percent identical. (For that matter, they’re much the same as all Neighborhood Italian Gem menus, down to the pink sauce.) 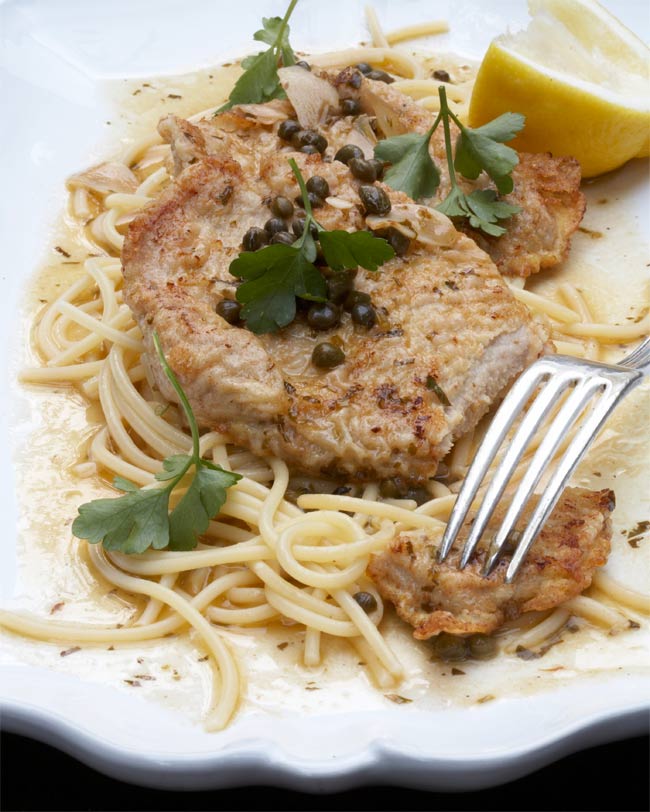 One percent of the difference is in Chow, Baby’s all-time-favorite Neighborhood Italian appetizer, stuffed mushrooms ($6.95 at both Mamma Mias). At Belknap they’re drowned in a decadent flood of cheese, butter, and heavy cream, perfect for sopping up with Mamma Mia’s award-winning (sez the Weekly, in 2007) huge, dense, garlic-dusted housemade dinner rolls. Chow, Baby’s first sop at the Magnolia site was a little underwhelming on the butter and cream front. However, further tastebud-inspection revealed that  the decrease in artery-clogging creaminess and the visible increase in saucy herbs allowed not just the crab stuffing, but even the mellow mushrooms themselves, to show off their flavors. Fine, for once “light” is better.

Chow, Baby must have been looking show-off-worthy itself that day; even though it was dining alone, it was led straight to a window seat. (So much for Chow, Baby’s fast-climbing pet peeve of singles being given the worst table in an otherwise-empty house.) So Chow, Baby got to check out the happenings on Magnolia – not many happenings, here at the quiet end – while it waited (not long) for its entrée. The menu offers $6.95 lunch specials, but as Chow, Baby had missed baked-eggplant day (Thursdays), it went with the other 1 percent difference from the Belknap menu: fork-tender veal piccata in a tingly lemon-caper sauce with spaghetti ($14.95). Glorious. This isn’t Chow, Baby’s neighborhood, but Mamma Mia on Magnolia is its new favorite Neighborhood Italian Gem.

Cat City Grill (1208 W. Magnolia Av.) had been open only a few days when Chow, Baby stopped by, but rumors of the incredible tempura asparagus appetizer ($8) were already flying around town. The early rep is well-deserved: eight medium-thick, lightly battered spears, flash-fried and sprinkled with sesame seeds, with a highly addictive wasabi-cream sauce. This could be a meal if you weren’t super-hungry. Chow, Baby was super-hungry, plus the lunch menu looked very enticing – and why not, as the honchos here include Vance Martin of down-the-street Lili’s Bistro, so the smorgasbord of global influences isn’t a surprise. Nor is the décor: Cat City’s bistro feel is more modern and masculine, but it has the same metal tables that seem to need polishing every 20 minutes. Luckily Chow, Baby loves the smell of Sprayway.

Chow, Baby ordered the banh mi ($10) mainly out of curiosity – 10 bucks, when these Vietnamese po-boys cost like $3 along Belknap? – and got its money’s worth: Overstuffed with pulled pork and Asian slaw, with a side of waffle fries just like Lili’s, it was a full meal. Next time, in the same spirit of prove-it-to-me, Chow, Baby plans to try the lobster po-boy ($10), figuring there’s no way you could even tell it’s lobster underneath a tempura batter and inside a sourdough roll. Marquee-value lobster, that’s all, so culinary snobs can brag, “Ooh la la, I had lobster for lunch,” even if they couldn’t taste it. But if anyone can do it right, Chow, Baby is betting the team at Cat City can.