As a Terra fan pointed out in the web comments to “No. 2, Not Trying Harder” (March 17) — a not-overly-kind report on Terra Mediterranean Grill and an adulation of Chadra Mezza — Chow, Baby is “ignorant” about Lebanese food. Can’t say you’re wrong, dear reader, and Chow, Baby would love to remedy that.

But unfortunately for its dream of cuisine-researching in Lebanon this fall, Chow, Baby can’t seem to find a flight to Beirut for under $1,500. (Why yes, that is a plea for help from any travel agents out there, if such still exist.) Even Chow, Baby can’t eat enough cheap street-cart food to make up for that kind of outlay. 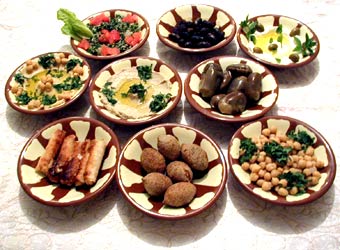 Grounded here in Tarrant County until air fares drop, Chow, Baby cheerfully admits it has no idea whether the hundreds of Lebanese dishes it has enjoyed over dozens of visits to Chadra Mezza, Al Wadi, Hedary’s, Byblos, Beirut Rock, and others are truly “authentic.” All it can say, really, is that none of them tasted like they came out of a Rice-a-Roni box. For that matter, Chow, Baby’s Middle Eastern ignorance doesn’t stop at the Lebanon border: It also knows zip about next-door-neighbor Syria, yet somehow still feels competent to praise Semiramis Café (803A W. Park Row Dr., Arlington), refurbished since Chow, Baby’s last visit from a shabby-looking deli to a real restaurant with painted walls and everything. Here the delightful chef/proprietor was happy to explain the nuances of Syrian cooking: how he orders his important ingredients straight from the motherland (lazy Chow, Baby just goes to Import Food Market on Pioneer Parkway); the marinade of garlic, spices, and olive oil that makes the chicken in the shishtawook ($9.99) so incredibly juicy and flavorful; the culinary and cultural differences between mutabbal ($3.49) and its near cousin, baba ghannouj; why his hummus ($2.99) is a little chunkier and nuttier-tasting and his tabbouleh ($3.49) a little more coarsely chopped than most; and oh, so much information, highly valuable to any decent restaurant critic.

Yes, Chow, Baby could have learned a lot — if it had been paying attention, instead of being utterly engrossed in its fool bel Zeiht ($4.99), a vegetarian meal of fava beans long-simmered in tomatoes, lemon, and olive oil. After just a few marvelous slurps, though, the fool was set aside for breakfast the next morning, at the suggestion of Chef … Ahmed? Achmed? See, once again Chow, Baby let its mind wander, this time distracted by lamb chops ($11.99) that were crispy-charred yet somehow still juicy — what ignorant Chow, Baby used to call “Lebanese style,” but now it knows better — and a shish kabob ($10.99) of meltingly tender beef chunks grilled with onions. Don’t know if the side of yellow rice was truly “authentic,” but it was lovely, fragrant, and not mushy.

Sadly, given that round-trip flights to Damascus start at $1,783, Chow, Baby will likely remain Syriously ignorant for quite some time. But at least Chow, Baby is smart enough to find its way to Semiramis, where its ignorance is always rewarded with bliss.