Lovers of nonfiction cinema can enjoy five –– count ’em: five! –– documentary films being offered at various local venues. KinoMonda kicks things off on Wednesday with Waltz With Bashir, the Oscar-nominated animated film that uses surreal images to explore director Ari Folman’s memories of serving with the Israeli Army near the site of a war atrocity. 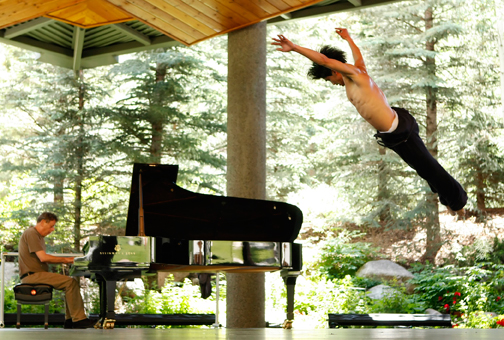 That same day at the University of North Texas, the black-and-white 152-minute 2006 film Lake of Fire presents an evenhanded perspective on the abortion debate, with all sides (even the fringes) represented.

The weekend brings us Dancing Across Borders, a film that screened as part of the Lone Star International Film Festival last year and now comes to the Modern. Anne Bass (called “Big Anne” by Fort Worth’s society pages, which have also documented her love of ballet) tells the story of her discovery of a Cambodian boy with a preternatural talent for dance and his unlikely progress toward becoming a dancer with an American ballet company. If your musical tastes run more to jazz, Monk Revisited at Arts Fifth Avenue examines the life of pianist Thelonious Monk. On the other hand, if you like your music with a harder edge, DFW Punk is Laura Tabor-Huerta’s chronicle of the Metroplex’s punk-rock scene in the 1970s and ’80s, featuring interviews with Hank “Bones” Tosh, Tex Edwards, the Dirkx Brothers, and many others. Whatever your predilections, it seems one of these films will have a real-life story for you.

The documentaries listed above screen at various locations in Fort Worth and Denton. Check Calendar for times, dates, and admission prices.